Characters / The Shape of Water

Characters found in The Shape of Water. 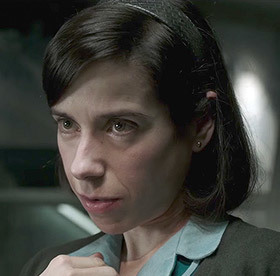 A mute woman who works as a cleaning lady in a government laboratory in Baltimore, Elisa is a foundling who was discovered one day near a river with strange scars on her neck, presumed to be left from her vocal cords being removed. She forms a strong bond with the Asset over the course of the movie, coming to empathize with him and realizing that he's a sapient, feeling being, and risks her life to help him escape. 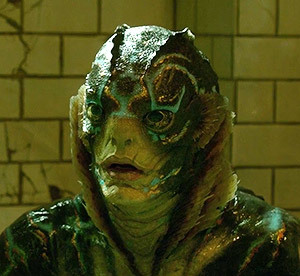 A mysterious piscine humanoid retrieved from a river in Amazonia, the Asset is transferred to the government facility where Elisa works at the beginning of the movie. He's subjected to torture and profoundly inhumane treatment, as his handlers see him as nothing more than a lab animal to sacrifice on the altar of winning the space race against the Soviets, but manages to form a bond with Elisa that eventually grows into something a lot stronger. 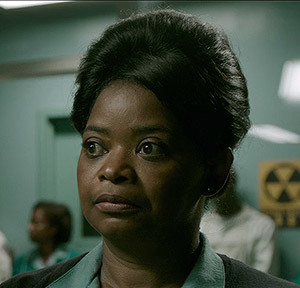 Elisa's friend and fellow cleaning lady, Zelda serves as an interpreter when Elisa needs to communicate with people who cannot understand her sign language. 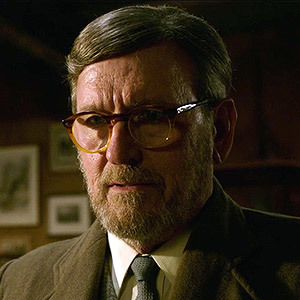 Elisa's friend and apartment neighbor, Giles is a down-on-his luck advertising illustrator struggling to find employment, as well as with his ongoing mid-life crisis and his closeted homosexuality. 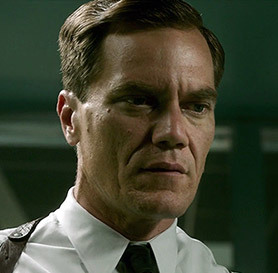 The movie's main antagonist, Col. Strickland is a hard, prejudiced and arrogant man who views the Asset as nothing more than, well, an asset — something to be used up and cast out for the benefit of the nation. He has a sadistic and controlling side that becomes visible early in the movie, but which comes more and more to the fore as the Asset's escape and its repercussions on him push him past the brink of rational thought. 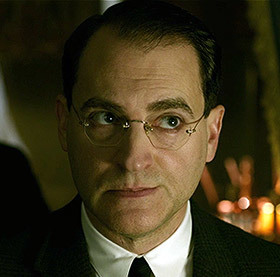 A scientist studying the Asset, and secretly a Soviet spy sent to keep tabs on and sabotage American attempts at passing the Soviets in the space race. "Robert" shows an emphatic side that both his erstwhile and actual superiors lack, pushing against Strickland's excessive cruel treatment of the Asset even when convinced he's nothing more than a dumb animal. Once he realizes the Asset's sapience, he actively aids Elisa in helping him escape. 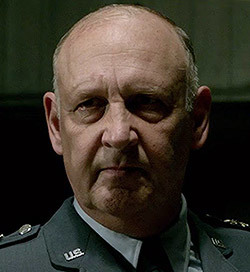 Strickland's superior and the army officer in charge of the project studying the Asset. 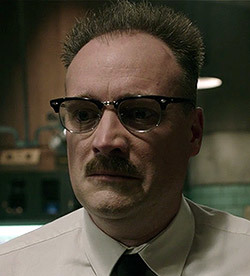 The nervous, unassertive head of the security at the government facility, who quickly gets relegated to being Strickland's toady once the latter takes over. 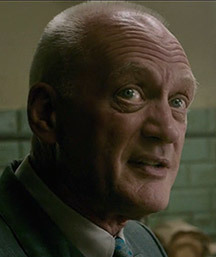 Dmitri's handler and direct superior in the United States.