A list of characters in the television series The Shannara Chronicles. 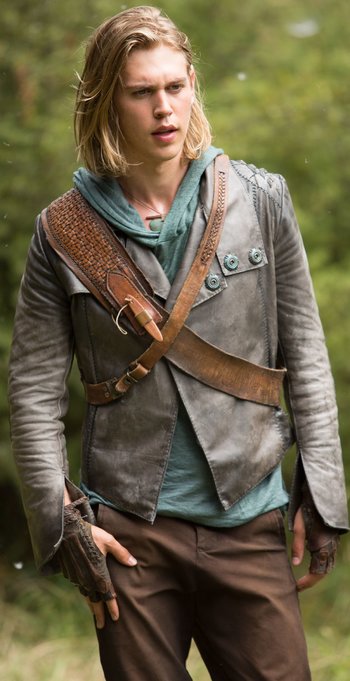 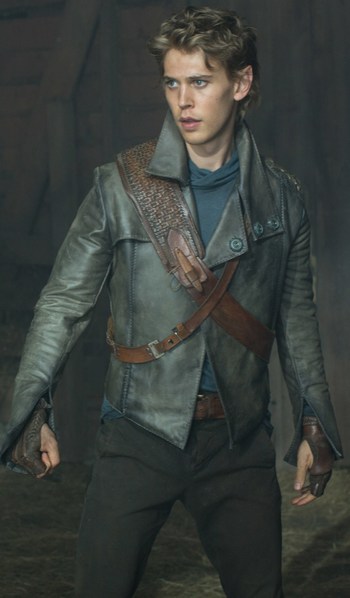 ]
Played By: Austin Butler
"When you've spent your whole life being judged for who you are, you try to keep an open mind about people."

A young man from Shady Vale who discovers he is the last member of the Shannara bloodline. 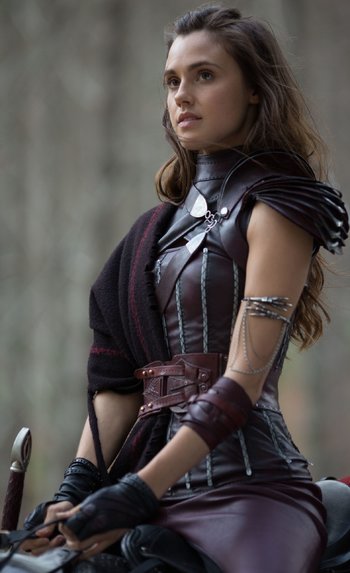 Played By: Poppy Drayton
"I didn't do all of this just to lose."

An Elven princess and granddaughter of King Eventine, she is the first woman to become one of the Chosen. Her late father Aine was Eventine's eldest son. 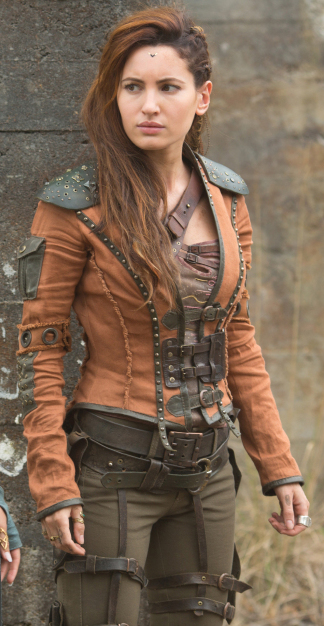 ]
Played By: Ivana Baquero
"If you want to survive in this world, you need to start taking care of yourself, because no one's gonna do that for you."

A Rover girl who becomes embroiled with Wil and Amberle’s quest.

Played By: Manu Bennett
"Being a Druid is not a choice. It's a calling."

The last of the Druids, he is the driving force behind the quest to restore the Ellcrys. 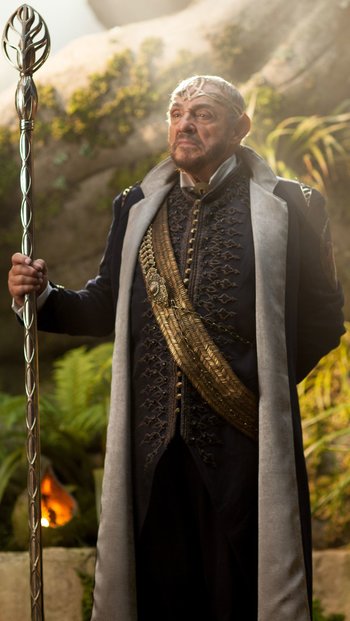 The King of the Elves, he is contemplating abdicating the throne as the series starts. 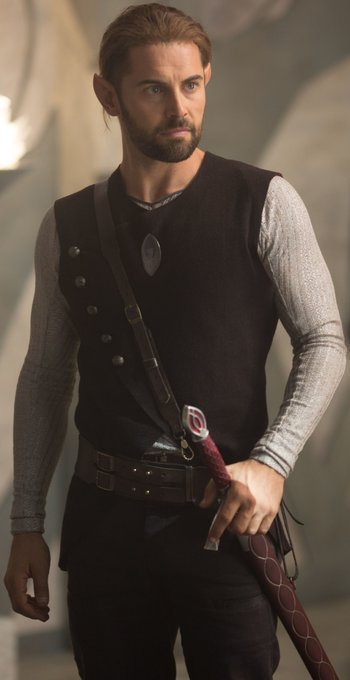 King Eventine’s eldest surviving son and heir to the throne. 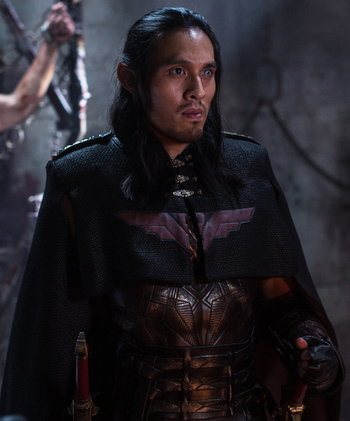 A renowned Elven general, he is the founder and leader of the Crimson. 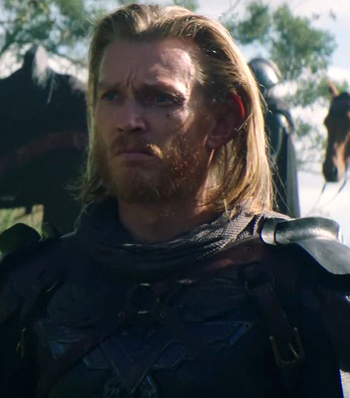 A member of the Crimson and one of Riga's lieutenants. 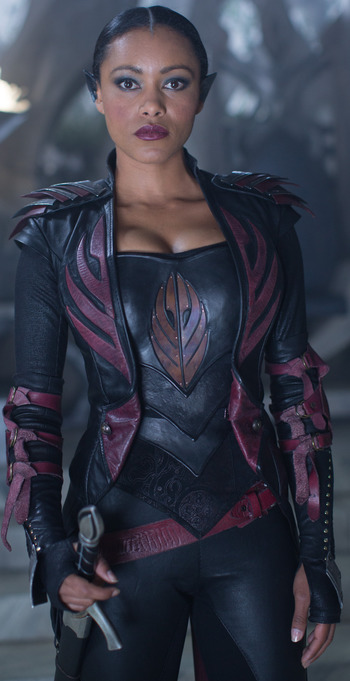 The captain of the guard in Arborlon. 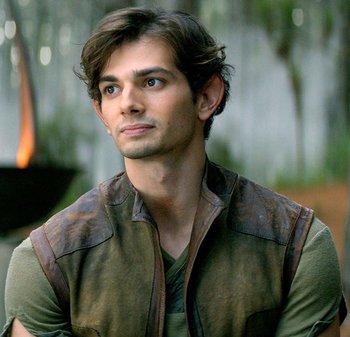 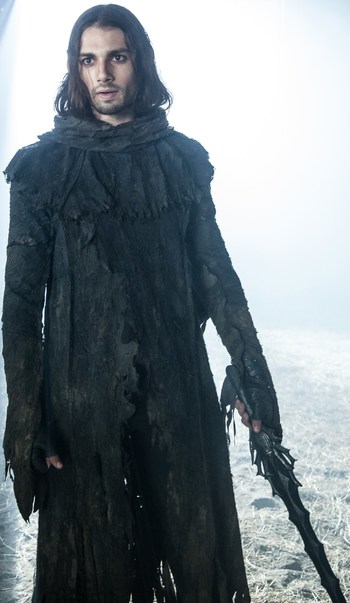 An elf Amberle and Wil come across locked in a barn on a farm decimated by demons. He has a dark burden that makes even a casual touch terrifying. 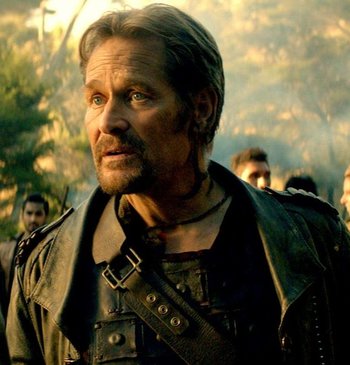 The leader of a band of Rovers and Eretria’s adoptive father.

The Kingdom of Leah 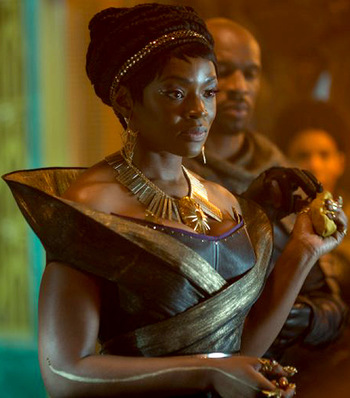 The queen of the kingdom of Leah, a cunning ruler. 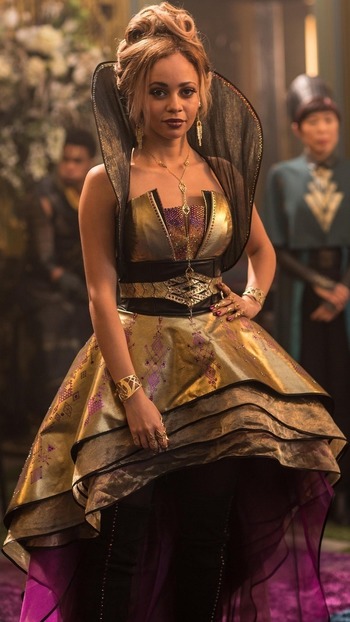 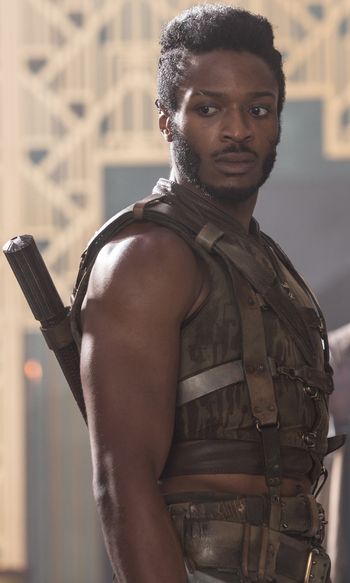 A bounty-hunter in the employ of Queen Tamlin, he is one of the deadliest warriors in the Four Lands. 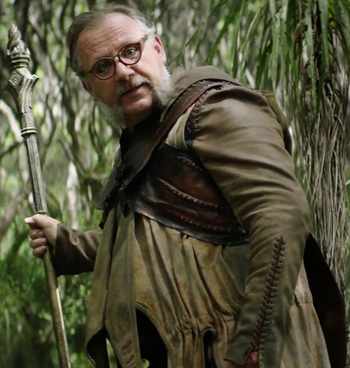 A mysterious man from Eretria's past, later revealed to be an ex-Druid. He leads a group of scavengers in the Wilderun and experiments with combinations of magic and science.

The leader of the Gnome rebellion. 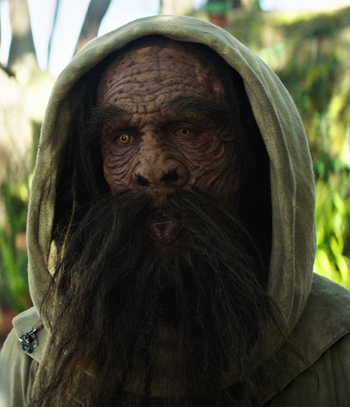 The leader of Storlock, home to the finest healers in the Four Lands. 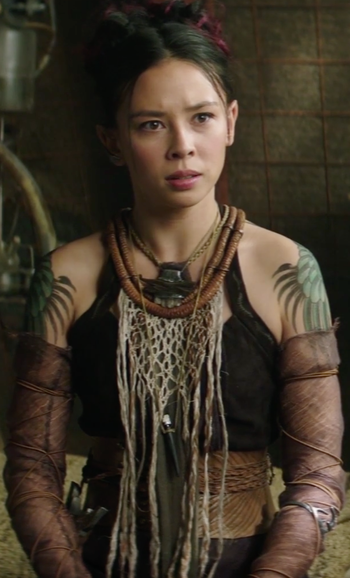 A mysterious young woman with magical powers. The daughter of Allanon's old flame, King Eventine's sister Pyria, she believes that Allanon is her father and wants him to train her in the use of her magic. 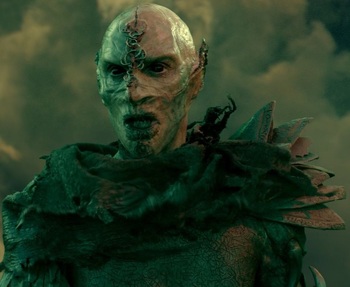 The leader of the demons of the Forbidding and the main antagonist of the first season. 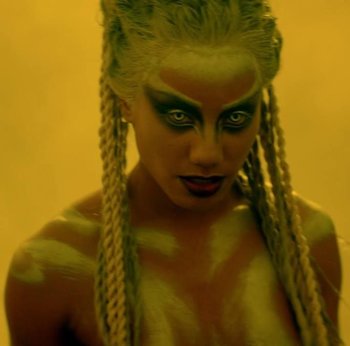 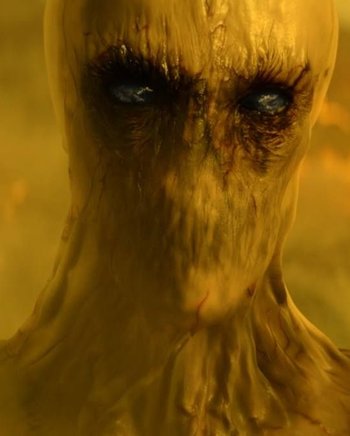 The Changeling is an ancient Demon, a shape shifter that can inhabit the form of any being it chooses. It is Dagda Mor’s spy inside Arborlon. 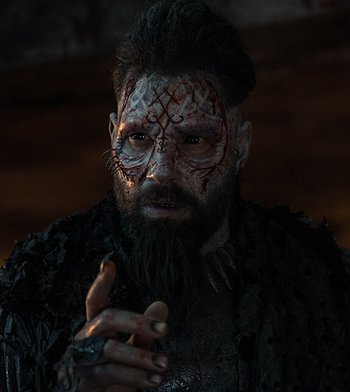 A renegade Druid who tried to conquer the Four Lands in the War of the Races. Was killed by Shea Ohmsford but comes back to wreak more havoc in Season 2.