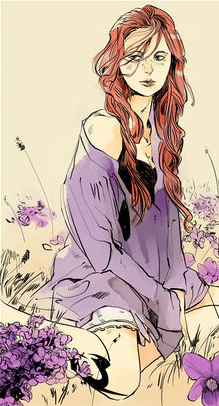 Click here to see Clary in the film adaptation.

Click here to see Clary in the TV adaptation. 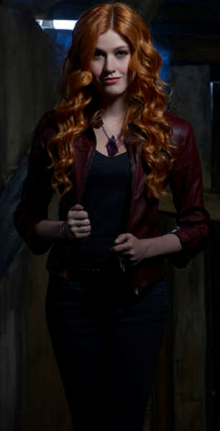 Clary was perfectly content with living life with her overprotective mother and geeky best friend. But her normal life is turned upside down she starts seeing things other people can't. When she comes home one evening to find her apartment sacked, her mother missing, and a demon in the room, she is thrust into the world of the Shadowhunters. Which sucks, considering she was totally unprepared for it. And if that wasn't enough, she might be the only one who can stop the impending war.

Click here to see Jace in the film adaptation. 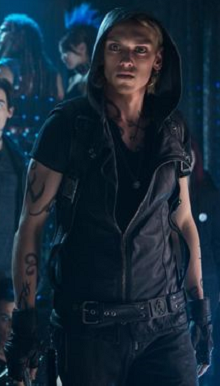 Click here to see Jace in the TV adaptation.

Sarcastic, cynical, and a ladies' man, Jace seems like the archetypal Byronic Hero. But it's not like that arrogance is unfounded - Jace is widely renowned as one of the best - if not the best - Shadowhunters of his age. He lives with the Lightwoods at the Institute, and is, for some reason, incredibly attracted to Clary. 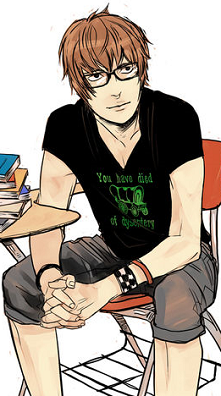 Click here to see Simon in the film adaptation. 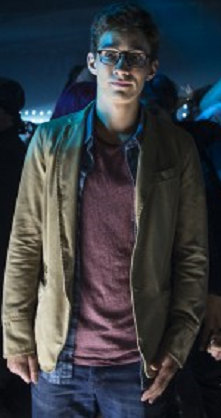 Click here to see Simon in the TV adaptation. 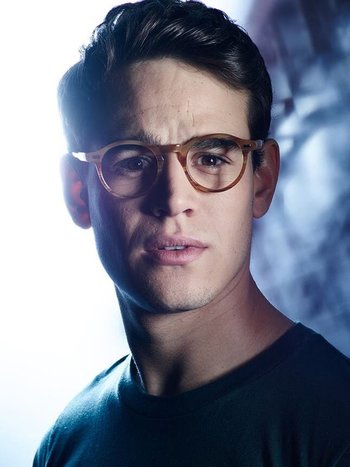 Clary's best (and probably only) friend, Simon, along with her, inevitably discovers the world of the Shadowhunters - something he eventually becomes a part of. 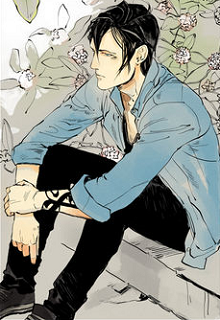 Click here to see Alec in the film adaptation. 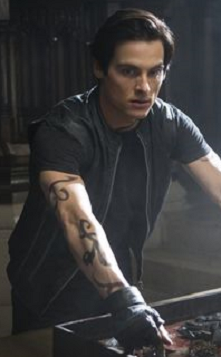 Click here to see Alec in the TV adaptation. 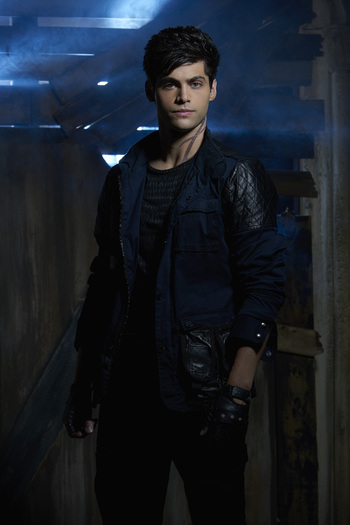 The eldest Lightwood sibling, who is shyer, snarkier, and generally less welcoming, but his cold, standoffish persona crumbles faster. 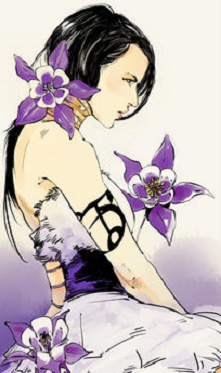 Click here to see Isabelle in the film adaptation. 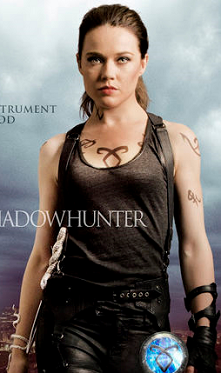 Click here to see Isabelle in the TV adaptation. 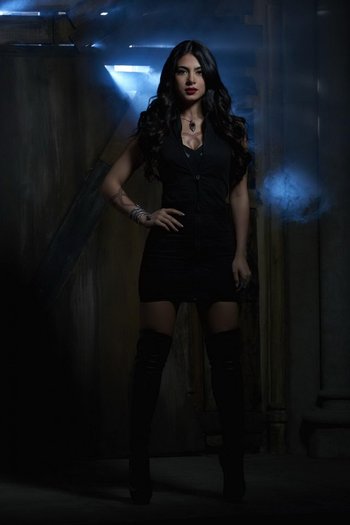 Alec's younger sister, Isabelle is beautiful, confident, and dangerous - she is an accomplished Shadowhunter, after all. Being the middle child, Isabelle is rebellious and attention-seeking. The snobbish, Fantastic Racism she seems to hold against non-Shadowhunters, as well as the Ice Queen persona she upholds, starts to crumble once she meets Clary and Simon. 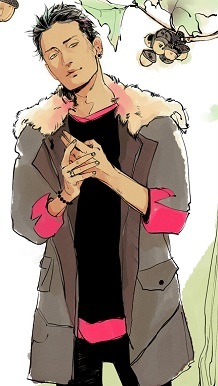 The campy, effeminate High Warlock of Brooklyn. Magnus, like most warlocks, is highly mercenary, but he becomes more helpful and generally heroic due to his love for Alec. 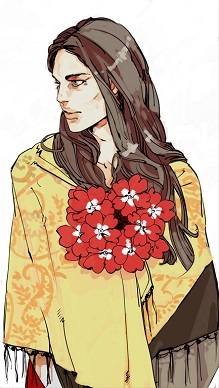 Tessa has spent the first sixteen years of her life being overprotected by her aunt after the death of her parents in a carriage accident. She lives almost all her life in books, dreaming of having the kind of adventures the heroines she reads about do—until she is forced to travel from New York to London when her brother Nathaniel goes missing and only a pair of mysterious—and sinister—women called the Dark Sisters seem to know where he might have gone. The Shadowhunters of the London Institute may be Tessa's only hope of finding Nate, but their mysterious world of demons and Downworlders holds many dangers for her—especially when she realizes she might be more a part of it than she'd thought. 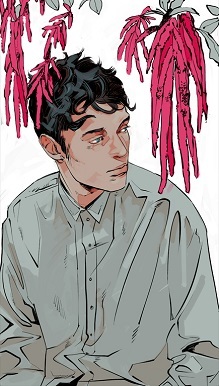 Seventeen-year-old Will is the sort of young man nice Victorian girls were warned against. He drinks, gambles, and enjoys the company of ladies of questionable virtue—at least, as much as he enjoys anything. Will hates everyone and everything, with the possible exception of Jem, and even that's in some doubt. Charlotte despairs of keeping him alive past the age of nineteen. When he finds himself oddly drawn to Tessa, his friends begin to hope that the Downworlder girl will prove Will's unlikely salvation—but as Tessa grows closer to the bleak secret that makes his life a prison, danger threatens to destroy them both if she ever finds out the truth. 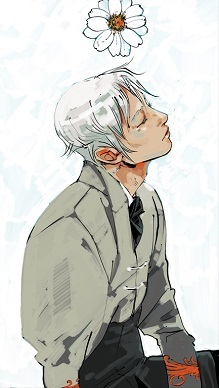 Brought up in the Institute in Shanghai, Jem's parents were killed by a demon who allowed Jem to live—but with a terrible price to be paid. Frail and silver-haired, Jem seems an unlikely demon-killer, but his skills and swift intelligence make him a formidable foe. He finds a kindred spirit in Tessa as both of them feel they are torn between two worlds, neither belonging completely to one or to the other. As Jem's affection for her grows, will Will have to hurt the only person in his life he's ever seemed to care about? 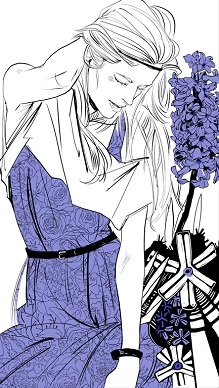 When Emma was younger, she was living happily in Los Angeles with her parents. Then they died in the Dark War under suspicious circumstances. After that she started living at the Los Angeles institute with her best friend/future parabatai Julian Blackthorn and his family. Even though the Clave claimed her parents got murdered by Sebastian, she knows that there is more to it and she is determined to find out what really happened. 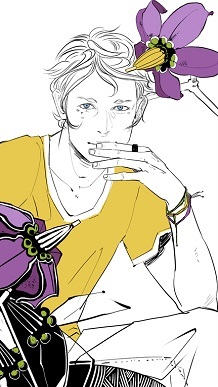 The son of Johnny Rook and Rosemary who grew up as a mundane. He is the current title holder of the Lost Herondale. 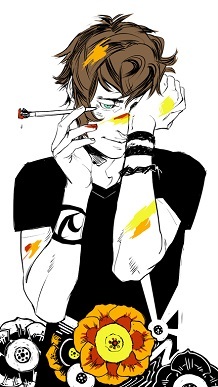 Julian is the third child of Andrew Blackthorn (and the first with his wife Eleanor). In the dark war his father died, his older sister got banished and his older brother got kidnapped by faeries. Since his mother had already died a few years earlier Julian and his younger sibling along with his best friend Emma (who lost all her family in the war) got placed under the care of his uncle Arthur. 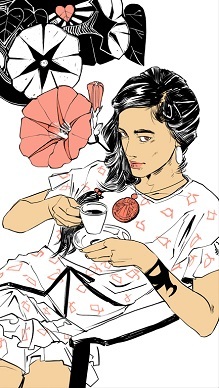 Cristina Mendoza Rosales is the daughter of Carmen Rosales. She grew up at the Mexico City Institute. She was very close with her distant relatives Diego and Jaime Rosales. Diego became her boyfriend and she and Jaime planned to become parabatai, but after she overheard a conversation between Jaime and Diego that implied they were manipulating her to gain political power, she left Mexico without telling them why. She then decided to go to the Los Angeles Institute where she became friends with Emma Carstairs and the Blackthorns. 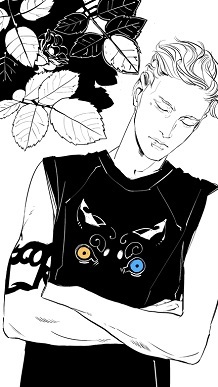 The second child of Andrew Blackthorn and Seelie faerie lady Nerissa. He is the younger brother to Helen and the older half brother to Julian, Livvy, Ty, Dru and Tavvy. He grew up in the Los Angeles institute with his father, stepmother and siblings. When Sebastian attacked the institute during the Dark war, he turned Mark's father and teacher into endarkened. Since he couldn't do the same to Mark due to his alliance with the Seelie queen he decided to give Mark to the faeries where he got claimed by Gwyn ap Nudd and became a Hunter in the Wild Hunt. 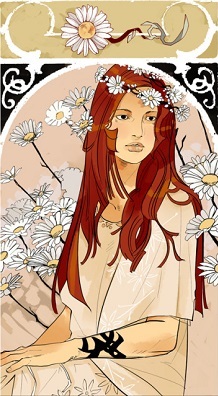 The daughter of Elias Carstairs and Sona Turan, younger sister of Alastair, and cousin of James Carstairs. Cordelia was mainly raised in the Carstairs residence in Devon, but because Elias is sick, her family tended to move to different Institutes. She is best friends with Lucie Herondale, with whom she is planning to become parabatai, and secretly loves Lucie's brother, James. Cordelia wields Cortana, the Carstairs family heirloom. 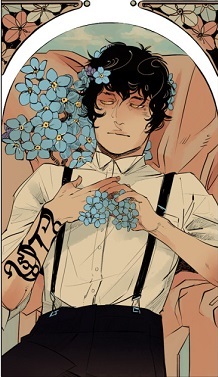 The son of Will Herondale and Tessa Gray, older brother of Lucie, and the parabatai of Matthew Fairchild. A troubled child with a love for books, he is reserved and rarely acts out his emotions. As a result of his demonic blood, James has the mysterious ability to enter a shadowed realm; when he does so, his form in the real world will grow hazy and, if strong enough, sometimes allows him to phase through things as a shadow. James has long been in love with Grace Blackthorn, but finds it hard to be with her in the face of her domineering mother. It becomes even more complicated when his sister's potential parabatai, Cordelia Carstairs, comes into the scene. 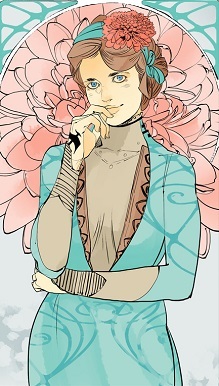 The daughter of Will Herondale and Tessa Gray and younger sister of James. An aspiring writer, she is a potential parabatai of Cordelia Carstairs. Like most Herondales, Lucie is capable of seeing ghosts who do not want to be seen. However, it seems that Lucie can see things that even ordinary Herondales cannot, such as the tied soul of Jesse Blackthorn, and even more bizarre, she can command them to do anything she wishes, too.