The characters of The Seven Deadly Sins that belong to the Fairy Clan.

The Fairy Clan is one the five major races in Britannia. About three thousand years prior to the story, they formed an alliance together with the goddess, giant, and human races in a war against the Demon Clan for which they were victorious against. After the war, the fairies decided to live in peace and harmony within the Fairy King's Forest with a treaty insuring peace between them and the humans.

About 700 years prior to the story though, their king, Harlequin, mysteriously disappeared while searching for his wayward friends. Later, about 20 years prior to the story, further tragedy struck as their forest was destroyed a demon who mysteriously arrived and they were left homeless. However thanks to the efforts of Ban, the forest was revived and the Fairy Clan has lived there since.

Tropes pertaining to the Fairy Clan in general

The very first Fairy King who according to Meliodas, had prominent wings. He was the very first person ever chosen by the Sacred Tree and bestowed with Legendary Spear Vasquez. According to what Harlequin has heard, Gloxinia was slain by the Demon King in the war with the Demon Clan 3000 years prior.

The Fairy King prior to Harlequin who according to Meliodas, had prominent wings.

The former Fairy King before he was arrested and made to join the Seven Deadly Sins for his alleged sin of sloth.

See his entry in the Seven Deadly Sins. 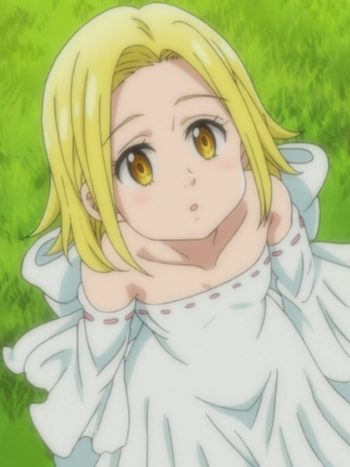 King's best friend in the past.

See his entry in the Holy Knights of Liones.

A fairy who doesn't harbor as much resentment for Harlequin upon his return like most of the rest.

A distinctive looking small fairy who's one of the more frequently seen fairies. 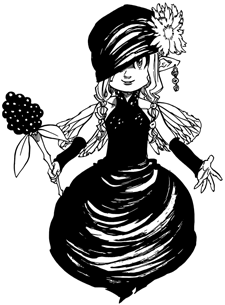 Gerheade is one of the Fairy King's Forest's oldest inhabitants and the adviser of the Fairy King. She however doesn't share the same sentiments that most of her fellow fairies of the restored Fairy King's forest have as she doesn't accept Ban, a mere human, as the new Fairy King. Instead, she sees Harlequin the disgraced former Fairy King as being more worthy of the title.

A small fairy with the ability to turn invisible. She is a close friend of Death Pierce and only allows him to see her.