NOTE: This page is for the OC's in the fanfic. Do NOT put the canon characters in here. 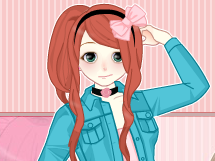 Alice is a Foreign Exchange Student, who comes to Inaba on a transfer program from America. She's roped into the Velvet Room because the protagonist from Persona3 signed two contracts, giving two people the power of the Wild Card. Her full bio is here

And while she looks incredibly similar, she's not related to Hibiki Frolo in any way. 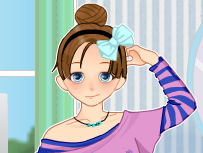 Haruka is one of Alice's friends, and Alice's version of the Sun Social Link. The interesting thing to note is that Haruka is not supposeed to be seen as a Sue. Rather, Katie has developed her into an OC outside of the fanfic. Her bio can be found here.