A band of animals, the Rock-afire Explosion also features a ventriloquist act in Rolfe and Earl, as well as main character Billy Bob and his sidekick Looney Bird, and backup singers in the form of The Sun and The Moon. 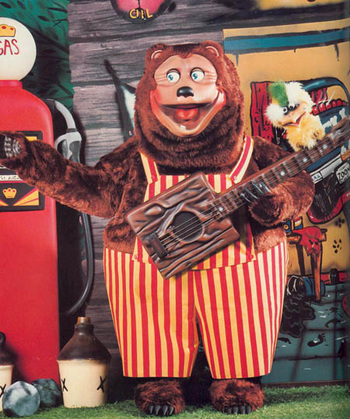 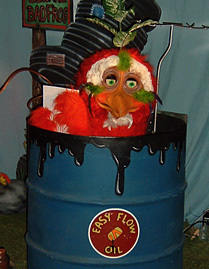 Voiced by: Aaron Fechter (1980-present), unknown actor (ShowBiz corporate showtapes, 1986-1987)
Billy Bob's closest friend, Looney Bird hangs out in the oil drum beside Billy Bob and pops his head out. He is a talented inventor and would work on things inside of his barrel (which seemed to be much larger on the inside), and would also read fanmail. 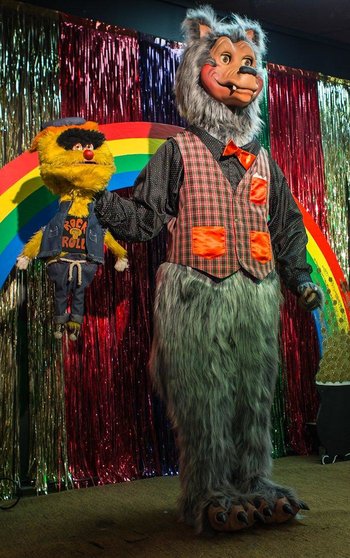 Voiced by: Aaron Fechter (1980-present), Joe Conti (ShowBiz corporate showtapes, 1986-1987, 1990)
A wolf who, along with his puppet sidekick Earl, hosted several comedy segments in between songs on stage right. He is arrogant, has a big ego, and often gets into fights with band member Fatz Geronimo. 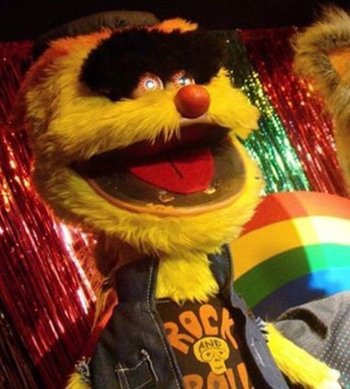 Voiced by: Aaron Fechter (1980-present), unknown actor (ShowBiz corporate showtapes, 1986-1987, 1990)
A seemingly sentient ventriloquist dummy who is literally attached to Rolfe and is constantly berating him for it. 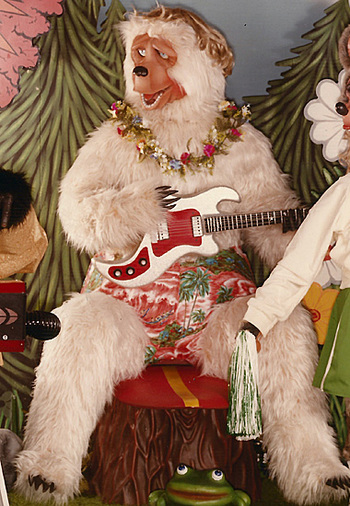 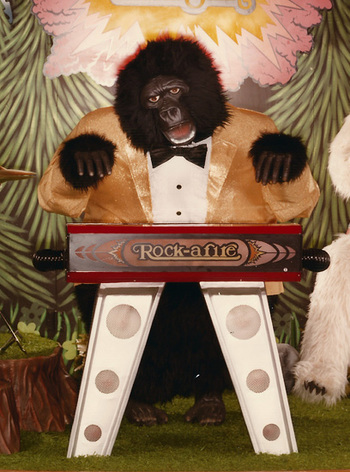 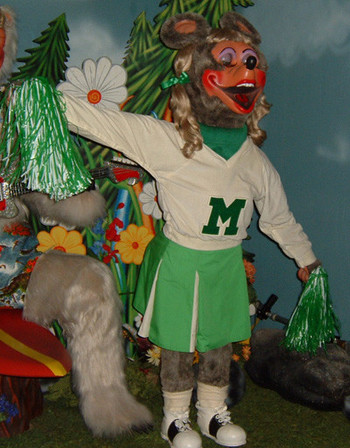 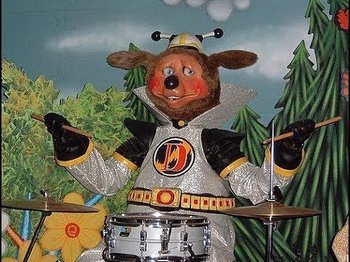 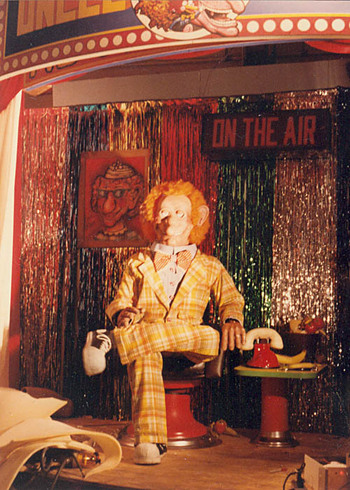 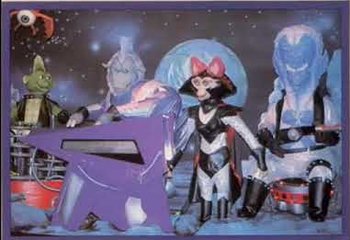 An alien retrofit of the Rock-afire introduced in 1985.