The de facto leader of the group, a Commissar who endured a court-martial and transfer for suffering a psychotic break and murdering her own regiment. Has mellowed out since then, and distrusts her ability to command the Edges.

Raege's Commissarial Aide, a former noble girl who was discovered to have very minor psychic abilities. Saved from the Golden Throne by her father's wealth, she was Sanctioned and placed with the Edges to keep her out of trouble. Since then, she's fallen in love with her boss.

Real name Jonquil Lancaster, Cuddles is a voidborn and a Sanctioned Psyker, and by far the most powerful member of the group. She suffers from significant mutations that render her practically disabled and horrifying in appearance, but she stays loyal nonetheless.

Major Zune Lockwood, formerly of the Cadian Kasrkins, is the highest-ranking field member of the Edges, and one of the most well-rounded and competent. She tends to serve as the voice of reason and the main field commander, when she isn't drunk.

MMCLX-MXVII, better known as Nada, is a Culexus Temple Assassin, a modified human that feeds on psychic energy. Due to significant brain modifications, she carries a number of eccentricities, and her status as a Null makes her feared among the group... well, except Cuddles.

From Armageddon, Abrykos is one of the Ork Hunters, a division of Imperial forces that deliberately emulate their opponents. He takes it fairly far.

Once an arbite, Bobrovski considers himself part of the Valhallan Ice Warriors. He's never lost that old cop spirit, though.

Formerly of a Penal Legion, Augustine Boddicker of Gunpoint serves as a sharpshooter and one of the less morally-upright members of the regiment.

The other Mordian in the Edges, Second Lieutenant Mik Branz is a goodhearted and determined soldier, albeit an unambitious one.

Formerly of the Praetorian Hussars, and brother to Wesk, Lieutenant Daneel Calliban is a determined gentleman and an experienced carouser.

A Drookian demolitions expert and the tank gunner of the group, Milly is about as far into the Drookian stereotype as one can go.

One of the Attilan Rough Riders, C-16, born Khutulun Ganbaatar, was the Sole Survivor of a disastrous charge, including losing her horse. Consequently, she's basically gone crazy.

A heavy infantry trooper hailing from Catachan, Daal's main role in the group is as the cook. Horribly savaged by Kroot, which has caused problems.

A Cadian and a vox operator, Firch is also one of the bigger jerks on board, surpassing even Jacobi. He favors pranks and bad jokes.

A pious beastman and PDF trooper who aided Boone during the Trydusian Incident, Gato ended up joining the Edges not long after.

A Cadian private, he's under the belief that he's a Red Shirt and if he doesn't find a gimmick, he's going to die. Because of this, he assumes a new one every week.

A high-strung sniper hailing from Wierny, Specialist Klon Gwizdek first popped up in Boone Quest and ended up joining the group not long after.

A private formerly of the Cadian Kasrkins, Jacobi is the least-liked person in the crew, owing, simply enough, to him being a surly asshole.

An unstable Brontian Long Knife, Genivieve "Mental Jen" Kastijden has... issues, mostly owing to having been traumatized very badly by a rogue Hospitaler.

Hailing from the Tallarn Desert Raiders, Malak is a deeply religious Sentinel pilot and stealth operative who tends to stay quiet.

A Skitarii cyborg trooper, Raffen Mar serves as both one of the more boisterous members and something of a tech guy.

The oldest member of the Edges, bar maybe Raege, Corporal Lyle McClannahan, formerly of Hesiod's Wake, serves as the sniper of the crew.

A Sergeant hailing from the Mordian Iron Guard, Minhelm is one of the more prominent soldiers outside of HQ. Very much the embodiment of the stern Mordian - on the surface, anyway.

Formerly of the Britan Death's Heads, Sergeant Gustav Myers was a playwright on his homeworld who deliberately underwent hypnotherapy to make himself into a soldier. It worked too well, creating a split personality. 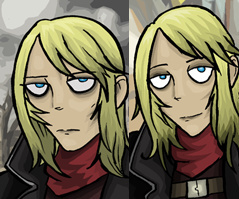 A set of twins hailing from Krieg, Angela is a tank commander and Eva a trooper. Eva's premature death at her sister's hands left Angela with no small amount of post-traumatic stress.

Hailing from the Savlar Chem Dogs, Verity Polato is a former investigator and now severely drugged-out tactician gleefully holding onto the Right of Salvage.

An exceptionally wealthy man from Canopus, Griz Redding joined for the sake of doing his service. Ended up falling in love with Cuddles.

A Corporal hailing from Catachan, Magpie is a generally amiable sort for his home territory, though he's clearly shaken by his time in the jungle. 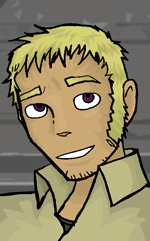 Hailing from Cadia, Tornic serves as the group's vox-operator, and is something of an aspiring writer.

A giant of a Vostroyan, Zoya Yaroslava serves as both a tank pilot and a heavy weapons user. She was formerly a Temple Guard of the Mechanicus, but ended up being injured, rediscovered, and rebuilt.

Advertisement:
Allies, Inquisition, and Other Members 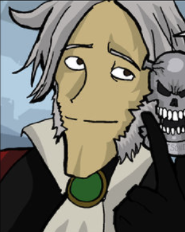 The man who organized the Edges originally. Levy was an arbite in his youth, and worked his way to the top. Since then, he's formed a lot of connections, and mellowed out a fair bit—almost too much, in fact.

A techpriest and explorator who usually travels with a Rogue Trader, but also has a habit of crossing paths or traveling with the group. A genius with technology and also completely loopy.

Formerly C. Blume, a mother who was savaged by a termagaunt while protecting her baby, she was converted into a medical servitor. Initially a contemporary of Levy in his arbite days, she was salvaged decades later. 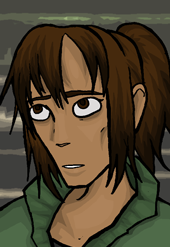 A tech-adept and one of the first characters introduced in Boone Quest. Nel had been infected with a bioweapon which nearly killed her - fortunately, things worked out.

The navigator of the ship Ave Maria, Shen Suunta is an exceptionally well-bred specimen - that is to say, the rarely-seen product of a Tangled Family Tree.

A techpriest given almost entirely to the machines who operates in steerage, Stonewall tends to do most of the more boring work.

An Eversor Temple Assassin, he was the result of an experiment to produce a comparatively sane one. Instead, it produced one who was sane... but only while in stasis, where normally Eversors are unconscious.