Characters affiliated with the US Government or Military

Cpt. Martin Vanheim
Debut: The Punisher Vol. 7 #13
"I am Delta Force. The best of the best. I have what it takes and I will do what it takes."

An elite Delta Force operative, who along with Frank was hand picked to participate in "Operation Barbarossa." A covert military operation that involves rescuing a six year girl (whose blood contains an experimental super virus) from Russian captivity.

Lt. Wood
Debut: The Punisher Vol. 7 #56
Delta Force Soldier: Woody, you admire this son of a bitch or somethin'?
Wood: You ever seen Alien?
Delta: Long time back.
Wood: My kid brother was crazy for it growing up. Line I always remember: "I admire its purity".

A Delta Force officer assigned to the unit that has been tasked with bringing in The Punisher . 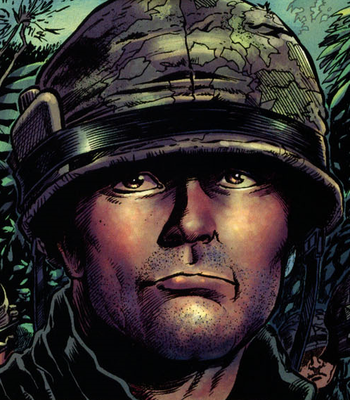 Debut: Born #1
"I will not die in Vietnam. My name is Stevie Goodwin and I am so short I can taste it. I am down to thirty-nine days and a wake-up, and on that magic day I will step aboard the big freedom bird and leave this place forever. On the great silver craft that carries me home I will sleep the sleep of the just, and beautiful roundeye angels in stewardesses' outfits will smile with joy and bring me cold, cold beer. I will not die here. I will escape these fields of slaughter. I will not re-up and serve a second tour, will not become a combat-junkie like so many of the others — forever jonesing for their next sweet firefight, their lethal speedball of adrenaline and tracer. I will not fall in love with war like Captain Castle."

A young US Marine serving under Frank Castle at Firebase Valley Forge in the final years of the Vietnam War. He eagerly anticipates being able to return home from the war, counting down the days until he is discharged. Stating that he has no wish to experience the terror of combat ever again.

A bitter young Marine, who alongside Stevie Goodwin is stationed at the Valley Forge Firebase, in the final years of the Vietnam War. 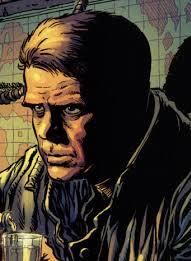 The commander of the Valley Forge firebase and Frank's superior officer. A bitter defeatist who appears well aware that the war in Vietnam is already lost and spends most of his time piss drunk. 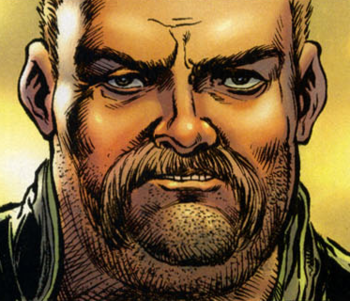 An undisciplined thug stationed at Valley Forge Firebase, and the main heroin smuggler at the base.

An understrength Marine platoon stationed on Hill 861 near Khe Sanh in Vietnam. During the Tet Offensive, they were placed under Frank Castle's command. 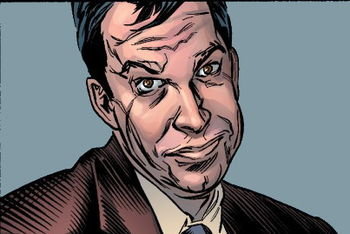 Debut: The Punisher Vol, 7 #1
"I need a killer, Castle — I need someone to do the job they gave me, and you are it — And anyone gets in the way of that, I will fucking liquidate them"

A corrupt CIA officer in charge of a black ops unit charged with assassinations. He has a peculiar interest in recruiting operatives of "questionable" character. Among them is a certain individual who he hopes to recruit to his special unit. That individual is Frank Castle. 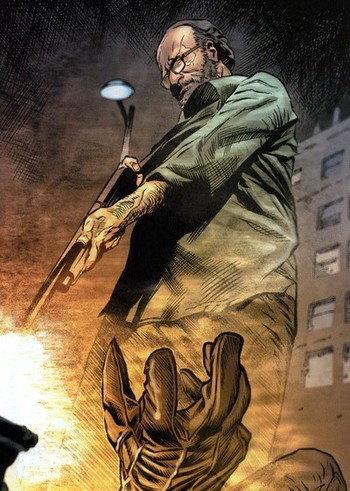 Aka: David L. Lieberman
Debut: The Punisher Vol, 7 #1
"I know how he operates I know his routine. In as much as he has one. I can take him. When the time comes I can put him down like a rabid dog. I'm his only friend in all the world."

One of Frank's old partner's and presumedly, his only friend in the world. He has returned to Frank's life in an attempt to recruit him into a CIA Black ops unit. 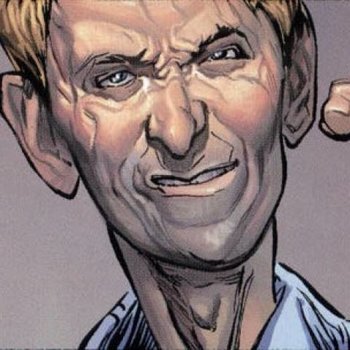 A surly and uncouth CIA agent who is a part of a covert task force, dedicated to taking the Punisher into custody.