Characters found in The Promised Neverland.

Per wiki policy, trope names are not hidden in spoiler tags. Beware of spoilers.

All the children that live in the orphanage/farm.

The protagonist, an energetic and athletic young girl.

One of Emma's close friends at the orphanage. 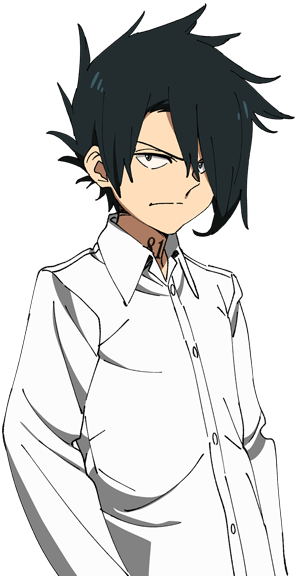 Another orphan, also a close friend of Emma and Norman, and noticeably more aloof than most of the other children. 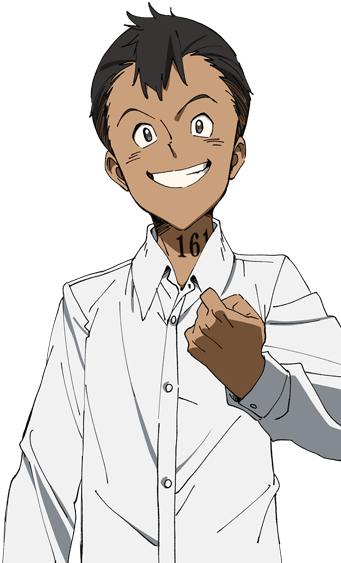 An energetic boy that is brought into the escape plan.

A quiet girl that is brought into the escape plan alongside Don.

Other Children
The various other kids at the orphanage who play a role in the story. 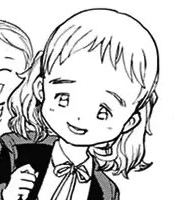 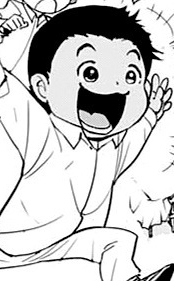 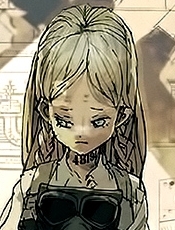 Age: 2
ID: 53494
The newest arrival at Plantation 3, she proves a valuable source of information early on.

The adults at the orphanage.

Tropes that apply to all of them:
Isabella 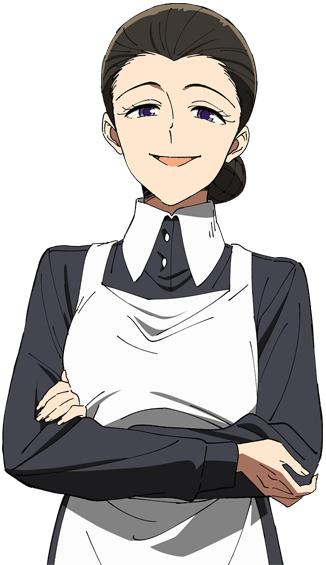 The children's caretaker. They all call her "Mama". 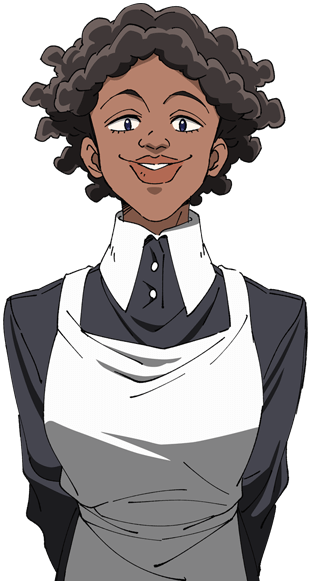 A new caretaker that comes to the house sometime after Emma, Norman and Ray learn the truth.

The superior to all of the caretakers, giving positions of "Mama" to humans worthy of the role.

An author who has wrote several books in the house's library.

He is an associate of both the Mamas and the monsters, and seems to be on an equal footing with the latter. He's been leaving secret messages in his books with Morse Code.

He was once the head of the Ratri clan, which oversees that the Promise is maintained. However, he grew disgusted with the idea of sacrificing children, and decided to organize a way to help them escape.

Monsters who run the human farms and worship a certain god. As it turns out, they have varying degrees of intelligence and authority − some can talk like humans, while others are mindless beasts. 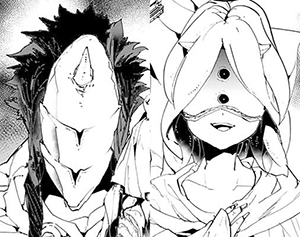 A pair of demons who save Emma and co. while they're on the run from the plantation's pursuers. Their religion keeps them from eating humans. 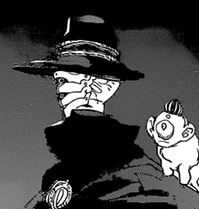 — She was going for the eye, which means she knows where to hit and get us killed. Even in a hopeless situation, like that, she dared to jump in with a single ax, with no hesitation, with the eyes of a killer. Magnificent! Perhaps I can finally find some entertainment.

An archduke who hunts children for the thrill of life and death.

The owner and administrator of Goldy Pond, and manager of the Grand Valley plantation. He takes children from his plantation to use them as game for his hunting.

Nouma and Nous
A duo of hunters participating in Goldy Pond.
Luce
A hunter participating in Goldy Pond.
The Five Regent Families
The five royal "demon" families in charge of the world's politics and economy.
Legravalima
Queen of the "demon" world.
Geelen
A former noble and the disgraced former leader of one of the five royal families. Geelen and his clan were ostracised from the royal capital on false charges and left to devolve into mindless beasts. They have since waited for the day they can get their revenge on the royal families.
The One 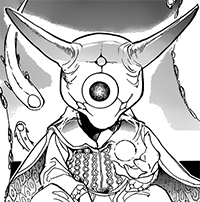 The absolute ruler of the Demon world, worshiped as a deity. Top-grade children from the farms are sacrificed to them during a festival called Tifari. Their name is always written in Demon script in the text, although humans can apparently pronounce it.

Humans who have no connection to Grace Field House. Spoilers abound. 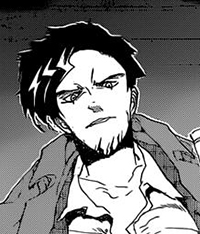 An escapee from a farm called Glory Bell, who's been hiding out at B06-32 for about thirteen years.

The current overseer of the farm system and the brother of James Ratri (AKA William Minerva).
Andrew

A commando who serves under Peter Ratri send out in order to find the escaped children.
Goldy Pond Residents

One of the residents of Goldy Pond.

The only adult of Goldy Pond. Commands Goldy Pond's seniority and was a part of ETR3M8's escape group.

A group of humans imported to be prey at Goldy Pond. They are the senior members by merit of being the oldest, and intend to destroy Goldy Pond and free the other residents.

She's the first to reach out to Emma after her arrival, and leads her to the rest of the seniority.

A boy implied to be from factory farming. He has severe mental impairments, but is intensely focused on a certain number...

The first members of Minerva's Army to (accidentally) find Emma and the others.

A former escapee who managed to connect to the original William Minerva's contact network, and used it to take on his identity. He intends to start a civil war amongst the demons in order to keep them distracted while he takes out their food supply. For more details concerning his character, see Norman.

Age: Unknown
An ally of "William Minerva" who resides in the Paradise Hideout.
Julius Ratri (SPOILERS)

The ancestor of James and Peter Ratri. The one responsible for forging the promise with the One.