Characters / The Powerpuff Girls - The Heroes

As depicted in the opening sequence of each episode, the Powerpuff Girls were created by Professor Utonium in an attempt to create the "perfect little girl" using a mixture of sugar, spice, and everything nice. However, he accidentally spilled Chemical X into the mixture, granting the girls their superpowers. 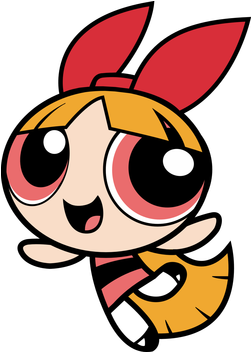 Blossom is the redhead in the pink outfit and signature red bow. She's the "smart one" and the self-proclaimed leader of the group, although at times she can be bossy or over-analytical, and represents "everything nice". Her unique ability, introduced in the episode "Ice Sore", is ice breath. 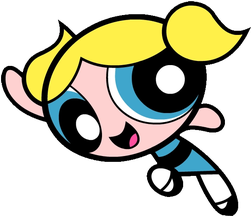 Bubbles is the one in the blue outfit with the blonde hair and pigtails. As the "sugar", she's the most childish, naïve, and timid of the three, but also the most gentle, caring, and playful. She's a Friend to All Living Things, and she has the unique ability to talk to animals and speak any language. 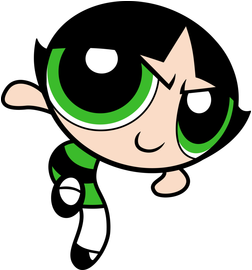 Buttercup has the green outfit and black hair. She's a tomboy, and the "toughest fighter," representing spice. She's the most aggressive and confrontational sister, and has gained a reputation among the bad guys of Townsville as the most vicious of the trio. Unlike her sisters, she doesn't have a unique ability (to her chagrin).

A young, female squirrel whom the girls found injured on a camping trip after she was attacked by a falcon and took home in order to nurse her back to heal. Once Bubbles gives her some Chemical X to help her heal faster, she gains the same superpowers as the girls and becomes a superheroine on her native forest. She also serves as the fourth Powerpuff girl and still remains good friends with the Powerpuff Girls.

See her folder for tropes regarding her as she isn’t an original series character and only appeared in the reboot.

Voiced by: Tom Kane, Rob Paulsen (as a young boy) 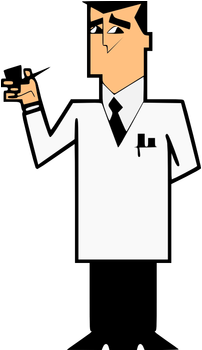 Professor Utonium is the brilliant scientist who created the girls in his lab. He acts as a father figure, caring for them as a single parent would. He's enthusiastic about his work and cooks up all sorts of inventions and experiments in his lab.