Characters / The Pirates Who Don't Do Anything: A VeggieTales Movie

Tropes pertaining to the characters in The Pirates Who Don't Do Anything: A VeggieTales Movie.

For tropes related to VeggieTales characters in general, see here.

Or, for tropes related to characters in the first full-length VeggieTales film, go here. 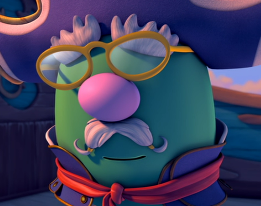 George is the main protagonist of the film. At the start of the movie he is working as a cabin boy in a pirate-themed restaurant with his friends Elliot and Sedgewick. George is rather weak-willed, and as a result no one respects him, particularly his wife and children, and people often take advantage of him due to it being easy to talk him in or out of things. 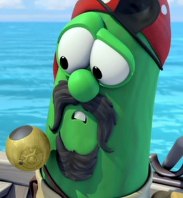 Played by: Larry the Cucumber.
Voiced by: Mike Nawrocki

Elliot works as a cabin boy in a pirate-themed restaurant with George and Sedgewick. Elliot is afraid of just about everything, from the dark to wicker chairs. 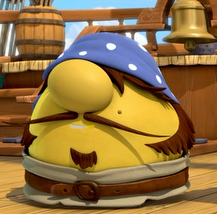 Sedgewick works as a cabin boy at a pirate-themed restaurant alongside George and Elliot. While he builds labor-saving devices in his spare time, he is really very lazy. 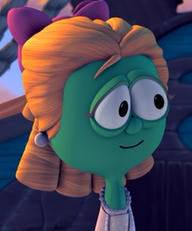 Voiced by: Laura Gerow
The princess of Monterria. When the ship The Steadfast was attacked by pirates, she and her butler Willory remained hidden, so they evaded capture. However, the rest of the crew was taken prisoner, including Eloise's brother, and Eloise is determined to find and rescue him. She used the Help-Seeker (a gift from her father) in order to find heroes, and she is convinced that George, Elliot and Sedgewick are the heroes that she was waiting for.

Over the course of the film, she forms a friendship with George and ends up inspiring him to be a better person. So when she ends up being captured by the same people who took her brother, it prompts George to try to rescue her. 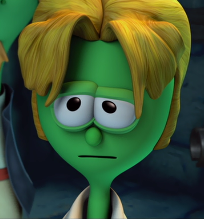 The prince of Monterria. The ship he's on, The Steadfast, is attacked by his uncle. While he and his crew fight bravely and even seem to be winning, the tide suddenly turns and he is taken prisoner, prompting the rest of the crew to surrender as well.

Later on, Robert gives him a Sadistic Choice: either tell when the King will return so Robert can kill the King, or let Eloise die. 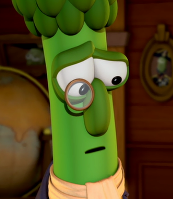 Princess Eloise's butler. He and Eloise were the only ones on The Steadfast to evade capture when the ship was attacked by pirates. He tries his best to keep Eloise out of danger (a difficult feat when she insists on going into danger on purpose). Although he is a very loyal servant, he doesn't quite trust Eloise's judgment concerning George, Elliot, and Sedgewick, believing that they won't live up to be the heroes Eloise hopes them to be. 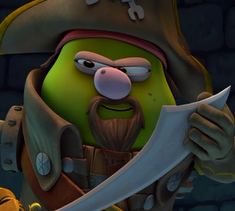 The Big Bad of the film. Robert was banished some time ago for a previous attempt to take the throne. Since then he has been building up his forces and his weapons with the intent of trying again. When the King goes away on business, Robert seizes the opportunity to go after the King's children. While he manages to capture Alexander, Eloise evades him, so he sends out spies to try to find her.

Later on, he actually does capture Eloise, and uses her as a hostage to try to force Alexander to tell him when the King will return. However, the Pirates save them, and Robert, angered at the Pirates, follows them to the future with the intent of killing them. 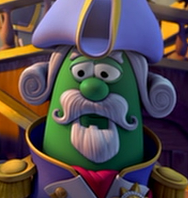 The ruler of Monterria, and Alexander and Eloise's father. He is a wise king, and is adored by his children. He is the one who created the Help-Seeker.

Pulls a Deus ex Machina to save the protagonists when all hope seems lost.