In General
The professional criminals of the Halcyon system. They are less violent than Marauders but just as dangerous. 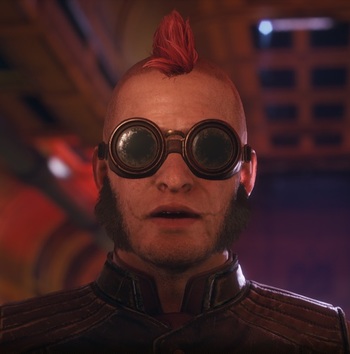 "We were just sitting in a circle, sucking down exhaust fumes and toasting to the memory of our brain cells. Making this broken angel fly again."
Voiced by: Scott Humphrey

The pyromaniacal "lord" of the Back Bays. 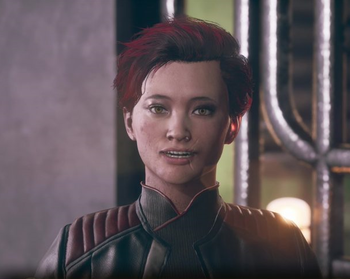 Cassandra is the Outlaw in charge of leading the assault on Roseway's covert lab.

A friend of Felix's from the old days, now running an Outlaw gang in defiance of the Board.