In General
"I don't think I realized how far they'd stoop. Everything we did was legal and aboveboard — we followed their rules! And yet they still found reasons to declare us outlaws."

Once a loyal Board-owned corporation, MSI split off to become their own private entity espousing democratic ideals and workers' rights. This did not make them popular with The Board, who proceeded to blockade them and stop legitimate business between them and the other Board corporations.

In General
The MSI headquarters on Monarch. They've seen better days due to the blockade.
Sanjar Nandi 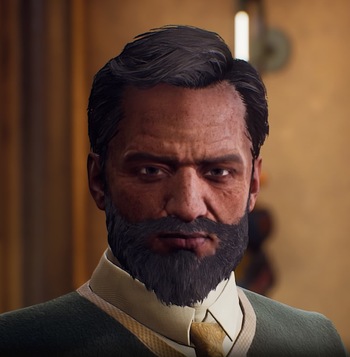 I gave MSI everything - my work, my youth, my left kidney - and for years, I was a joke to them.
"The world isn't changed with guns and speeches — much as Graham and his followers would like to think — but rather with meticulous documentation."
Voiced by: Andrew Morgado

The CEO of MSI. He has a plan to get his company back on the board, provided the Unplanned Variable can help. 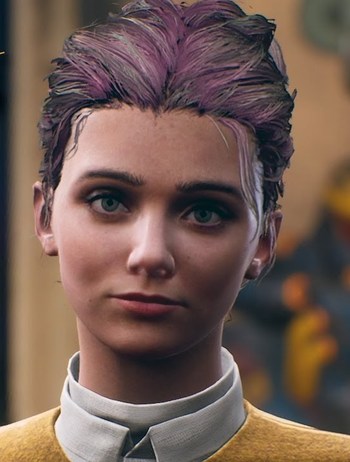 "Oh, Mr. Nandi's doing that thing where he breathes through his nose real slowly. I better get back to work."
Voiced by: Kathleen Stavert