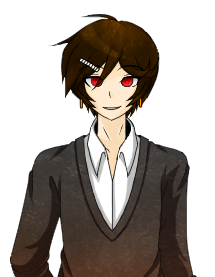 "Ehehehe! I wonder what's going to happen next? It's going to be the same old thing of course. Murder, death, and violence!"
"How disgusting."

The secretive sociologist that was serene for most of the game, who is most of the time found to be smiling in every situation. This includes the deaths of his classmates.With a few giggles here and there, he's known to be quite a creepy individual throughout the game, harboring a few secrets that he hides behind a smile.

An eccentric sportsman and the son of one of the country's most popular baseball players. Known to be very passionate about his talent and the inner mechanisms of the game in question. While he's friendly at first, time soon reveals his actual character as cantankerous, scurrilous, and cautious to hell and back. 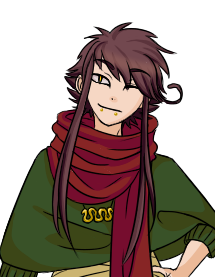 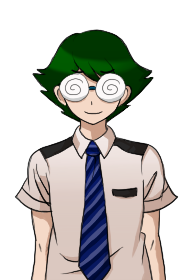 Jerkass Woobie is the only description you are getting right now. 'Tis all you need.

"...The whole luck thing's a load of shit, really. I'm, eh, not actually a very lucky guy or anything."

The obligatory good-natured no-talent kid. A very chill and understanding guy, though sometimes a bit air-headed. He also happens to be the "Mastermind," despite not actually being in charge of the project. Most of his life is marked by a series of unfortunate events, and it ends with false hope and a bullet to the back.

"WE ARE HAVING AN ADULT CONVERSATION!"

and ur hot and then ur cold

ur yes and then ur no

ur in and ur out

ur up and ur down

literally u were up and then down

The somewhat polite girl with an unknown talent, she tends to keep information about herself to a minimum at first, letting them fall into her web of mysteries. As time goes on, her little web comes crashing down as more and more people find out the truth behind her lies.

can she do the robot 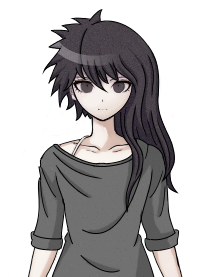 "I don't want to forget. Even all the bad things I've done. You all meant too much for that. You'll still be in my head somewhere. And I'll hold onto that. No matter what it takes."

The reticent chessmaster, known for snark, asymmetry, and topical ice-queeniness. Always doing things she shouldn't, and scared of almost everything, even if it doesn't show so often. Known to keep going for the greater good despite promises broken and friends lost, but when she snaps, pray you're not in the blast radius.

same goes to this oneliterally up and then down