All characters on this page (aside from the Critic himself) are played or voiced by Doug Walker. 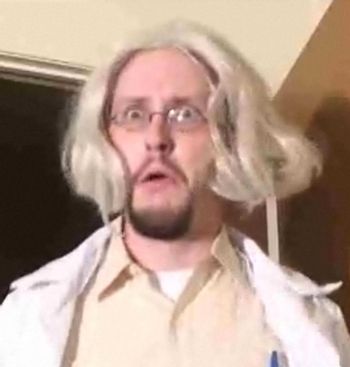 He appears in the Nostalgia Critic's review of The Room, and takes NC to his future where seahorses rule. Then to the past in The Langoliers review to see if the titular creatures actually exist. He returns in the review of Scooby-Doo. 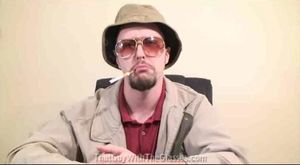 A pioneer in "Fozzie Journalism", essentially a Shout-Out to Hunter S. Thompson, who reviewed We're Back! A Dinosaur's Story. His name is a pun on Fear and Loathing in Las Vegas' Raoul Duke.
Optimus Prime 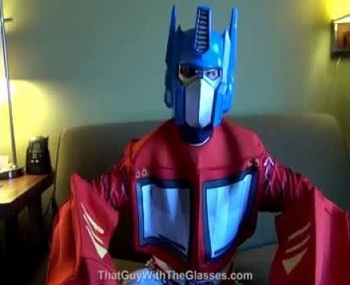 The leader of the Autobots and savior of mankind; he died for your sins and brought Nostalgia Critic back to life in his Surf Ninjas review. After selling his soul to the devil, more commonly known as Michael Bay, Optimus Prime agrees to review the first three episodes that made him famous...
Past Critic 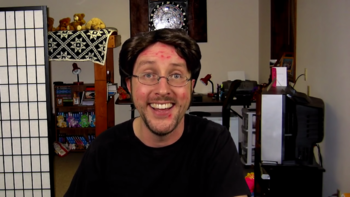 A teenage (Technically 21 years old) Critic from the late 90's (Technically 2002) who appears in the review of Scooby-Doo when he realizes he, Present Critic, and Future Critic are all watching it together and decide to review it together as well.

That Guy with the Robe

A character who only appears on the menus for the Best of TGWTG Vol. 3 DVD. The immortal guardian of the DVD menu pages, he has been stuck at his post for untold ages, and has cracked just a little under years of isolation. He's named all of his fingers and eaten five of his own toes (though not all on the same foot). He waits impatiently for viewers to make the choice that will grant them eternal life and constantly berates them for choosing poorly. He allegedly has a posse. 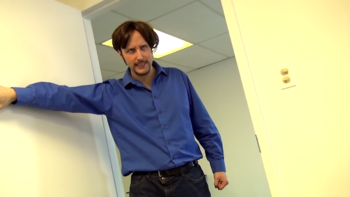 A parody of the actual Michael Bay that appears in the Pearl Harbor review in a series of skits documenting his "origins" as an adult film maker. 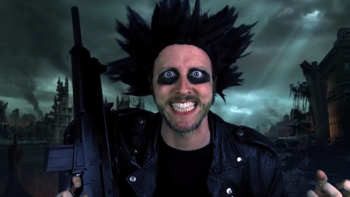 Introduced in the Small Soldiers review, a character very much not Colour-Coded for Your Convenience starring in his own line of, er, "child-friendly'' action figures.

Teddy Ruxpin
First appearing in the Halloween Episode special, he is a doll that the Critic states is hideous, annoying, dull and scary. Let's just say the doll didn't like what he said and decides to pay him back. Let's say it becomes less of this and more For the Evulz as the special goes on. It makes a cameo in the 2nd commercial special.
Casper 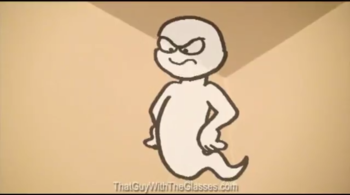 A not-so-friendly ghost that first appeared in the review of his live action outing. 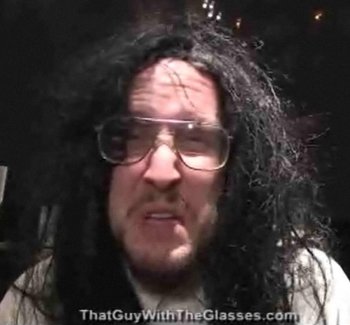 An obsessive fanboy whose sole purpose in life is to find every single error in the Critic's videos.
Dr. Smith 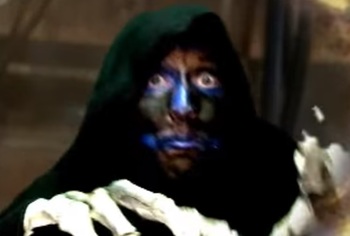 Doug plays the villain from the film version of Lost in Space, always seen through a portal to the future. So far he has appeared in the review of that film, in the Quest for Camelot, IT, Kickassia and The Secret of NIMH 2. 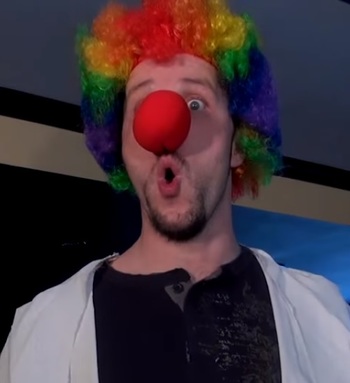 A clown doctor who appeared in the Patch Adams review.
Doug/The Writer

Doug Walker Adam Westing. Critic's creator who, post The Review Must Go On, makes appearances in episodes and Hyper Fangirl vlogs.note For tropes he invokes in his own vlogs go to his page. 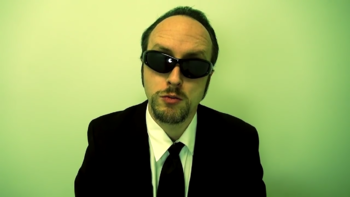 First appearing in the Matrix review, Agent Schmuck represents the Matrix fanbase and argues against the Critic's criticisms of the movie. However, he has darker machinations in action and is not what he seems. 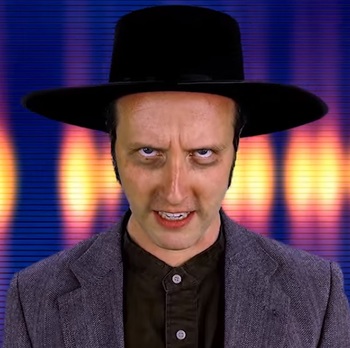 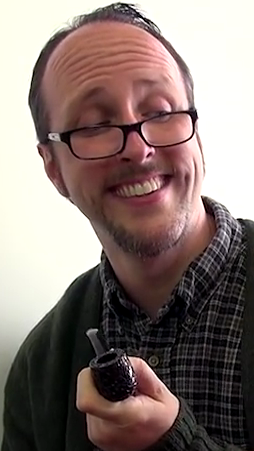 A man wearing a white sweater and with a creepy personality, especially towards his children.
Fandumb of the Opera
General Thade

The eponymous Big Bad of Planet of the Apes (2001), now trying to become the next president of the United States.

Doug/Critic's cats- Chaplin adopted in 2018, Buster adopted in 2020- who occasionally make appearances in reviews or ad breaks with Doug providing them voices.