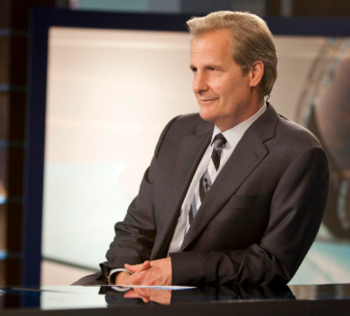 "I'm a registered Republican. I only seem liberal because I believe hurricanes are caused by high barometric pressure and not gay marriage."
The anchor and managing editor of News Night. Has an epiphany in the opening scenes of the series and delivers a controversial rant about how the United States is no longer the greatest nation on Earth at a university debate, sparking his quest to report hard-hitting news once again. 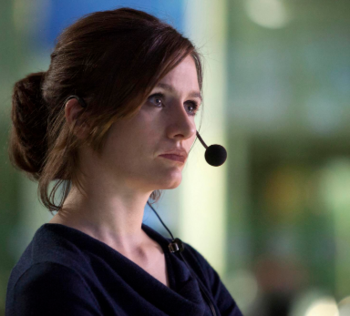 "I've come here to take your IQ and your talent and put it to some patriotic fucking use!"
The executive producer for News Night and Will's ex-girlfriend who cheated on him about 3 years before the series started. 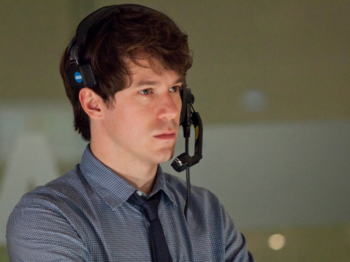 "I don't give a shit about liking me, or following me, or friending me or trending."
A senior producer who worked with MacKenzie in the Middle East and followed her to News Night. Develops feelings for Maggie. 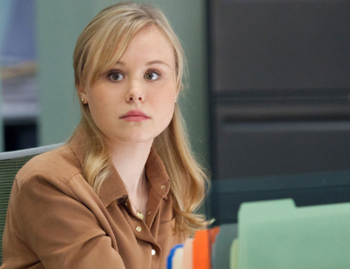 "We're going to dispel the idea that there's something wrong with me."
An associate producer who is in an on-and-off-and-on-again relationship with Don, although she displays feelings for Jim. 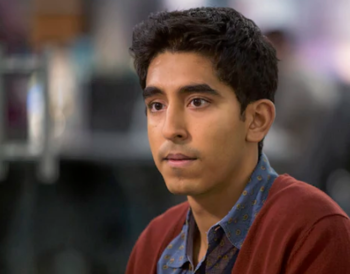 "I kept telling my colleagues and my bosses that the Internet is user sensitive, just like most things, and I watched from a thousand miles away while you proved that."
Writes Will's blogs and scans the Internet news feeds. Covered the London Underground bombing with a cellphone. 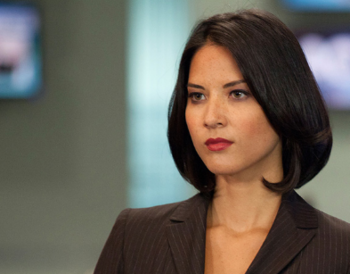 "Don't pretend that you don't know that most people only watch ten minutes of news. The first ten minutes."
An economist with two PhDs, but chose to work as a journalist at ACN instead of making a lot more money as an analyst.

A booker for News Night. Is smarter than Gary and drives him crazy.

An associate producer and booker for News Night. Not afraid of criticizing Obama, which Kendra hates.

An associate producer for News Night. Slightly senior to Tamara by virtue of the fact that she was hired in the morning while Tamara was hired after lunch on the same day.

An associate producer for News Night.

The Director of Photography for News Night.

The technical director for News Night.

The graphics producer for News Night.

The college student at Northwestern University who asked Will that fateful question.
ACN and AWM 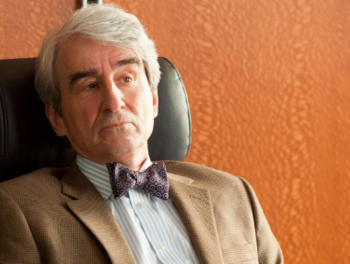 "You know what, kiddo? In the old days of about ten minutes ago, we did the news well. You know how? We just decided to."
Director of the News Division for the Atlantic Cable News network, and an old friend of Will's. 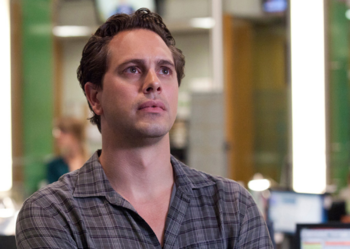 "It's a person. A doctor pronounces her dead, not the news."
News Night's former executive producer who leaves for Elliot's new program on the network.

ACN anchor for the 10 o'clock program, with Don as his Executive Producer. 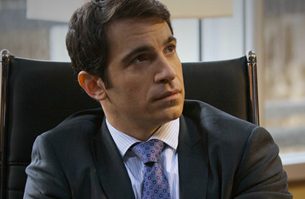 "Every second you're not current, a thousand people are changing the channel to the guy who is."
President of AWM, and Leona's son.

Gossip columnist for TMI, AWM's tabloid magazine. Will initially tries to hit on her, but is repulsed by the fact that she is dedicated to reporting gossip and sleaze. Later on turns into a minor antagonist whom Will verbally bitchslaps.

The Senior Producer from ACN's DC bureau, Jerry Dantana joins the News Night team while Jim goes off to follow the election trail. Jerry is integral in sparking the crew's investigation into Operation Genoa. 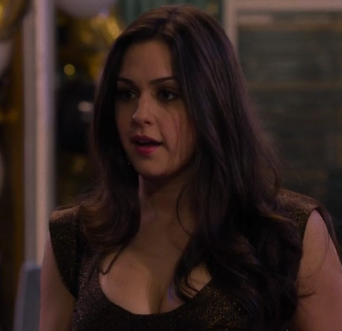 Maggie's friend and roommate. Maggie sets her up with Jim in season one.

Neal's girlfriend. Her father was a victim of the 9/11 attacks.

Will's bodyguard assigned to him after Will receives death threats.

A journalist Will brings in to write a story about News Night 2.0. He's also Mackenzie's ex-boyfriend— she cheated on Will with him for 4 months.

An anonymous source who first leaks to Charlie that Osama bin Laden has been killed 90 minutes before the White House tells ACN to prepare for an announcement by the President. Later reveals himself to be the Assistant Deputy Director of Technology and Systems Cryptology and Mathematics at the NSA, wanting to blow the whistle on an NSA global data mining initiative that has been spying on Americans. Also claims to have evidence that Reese has been ordering phone hacks (à la News of the World), and has been using them in the campaign to discredit Will.

A reporter on the Romney bus tour that Jim meets. They end up dating by the end of season two, though they breakup mid-season three.

A litigator defending ACN from a wrongful termination suit following the Genoa debacle.

Mitt Romney's Press Secretary whom Jim encounters while he's covering the campaign trail. She's later fired from her position and is recruited to cover the 2012 Presidential Elections at ACN.