Characters / The Mysterious Cities of Gold

open/close all folders
The Heroes 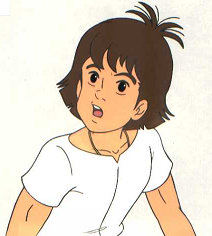 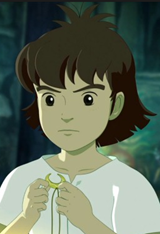 Twelve year old Esteban was brought up as an orphan in Barcelona by Father Rodriguez, dean of the cathedral. When his guardian dies, he meets Mendoza, the man who claims to have saved him when he was a baby. Mendoza claims that his father might be still alive somewhere in the New World. Esteban leaves with Mendoza to try to find his father there. Esteban is brave and fiercely loyal to his friends, but he is also impulsive and is hampered by his fear of heights

He is known as the Child of the Sun for uncanny ability to make the sun come out. He wears a mysterious medallion, which Mendoza believes holds the key to the cities of gold. But Esteban is only interested in find his father, and has no lust for gold. 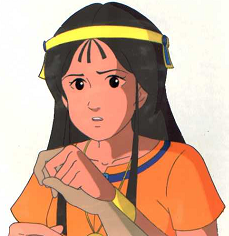 A young Inca girl who was kidnapped by the Spanish and taken to the royal court as a gift to the Princess Marguerita. She is 11 years old when she meets Esteban aboard the Esperanza, and they soon find out they wear similar medallions and are both looking for their fathers.

Quiet and shy, Zia nevertheless develops a close relationship with Esteban and is much more suspicious of Mendoza's motives than her friend. And by refusing Pizarro's order to read the golden quipu, which reveals the secrets of the cities of gold, she demonstrates immense bravery. 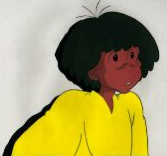 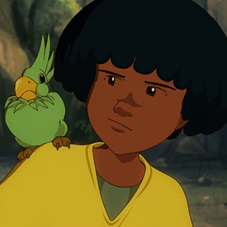 Tao is a 13 year old, who is the last surviving descendant of technologically-advanced Hiva (Mu) empire, which sank beneath the waves thousands of years ago.

When Esteban and Zia find him, he is living alone on an island, in a large treehouse, with only his pet parrot for company. He is very intelligent and is so proud of his heritage that he can often appear haughty.

Although he is clumsy, he comes up with ingenious inventions which get his friends out of a number of tight spots. He carries an encyclopedia containing all the knowledge of the Hiva people and a mysterious golden jar, whose importance only becomes apparent much later.

Tao's parrot. He is quite intelligent and capable of limited speech. 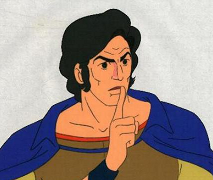 Mendoza is a Spanish navigator who was a part of Magellan's expedition. He is able to read the stars and especially skilled at negotiating the fierce Straits of Magellan. He jumped into that sea to save the baby Esteban after he and his father were caught up in a storm. He has the sun part of Esteban's medallion and keeps it to ensure he stays close.

When he sets off on his adventure, wealth is all that interests him, and he see the children merely as a means to an end to find the cities of gold. However, he eventually becomes fond of them and starts putting their interests ahead of his own.

Sidekicks to Mendoza, obsessed with finding gold (the mention of which makes them rather manic). Their role is strictly comic relief, as they prove to be klutzes and generally lacking in almost any skill.

The mysterious guardian of th first City of Gold. Very wise, he provide much exposition regarding the history of the Cities of gold.
Season 1 Villains
The Spaniards

Commander Gomez is a senior figure in Pizarro's army. He is entrusted by Governor with the task of bringing Zia back to Peru to read the golden quipu. Ruthless and suave, it seems like if anyone is going to get job done, it is him. However his failure to recapture her means he soon parts company from Pizarro and sets out to seek the cities of gold for himself.

Gaspar, Captain of the Guard, is charge of a contingent of soldiers sent across the sea to the New World. Brutish and unintelligent, he delegates to the authority of the more refined Commander Gomez. He considers Mendoza to be his rival.

Leader of the mysterious Olmecs, who live in the Mountain of the Burning Shield. With the help of a medicine of his own devising he claims to have lived for hundreds of years. He is more concerned with harnessing the massive power of the cities of gold to keep his dying race alive, than he is with the gold. But he will stop at nothing to get what he wants, viewing the Mayans as an inferior race.

Kalmec is the Olmec's second in command, chief of the army and organizer of the defense of the Mountain of the Burning Shield. He is deeply loyal to Menator and bows down to his superior intelligence. Like Menator, he believes the Mayans to be inferior to the Olmecs. 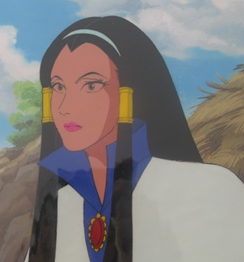 An Aztec who is looking for gold. She travels with The Doctor and Tetiola, in search of gold.

Season 2 and Beyond Villains

An ominous hooded figure who begins chasing the children shortly after they discover the first City of Gold. Ruthless and cunning, he will stop at nothing to find the cities.

She is part of the Order of the Hourglass and serve as Zares' top enforcer.