Characters / The Mighty Thor The Character 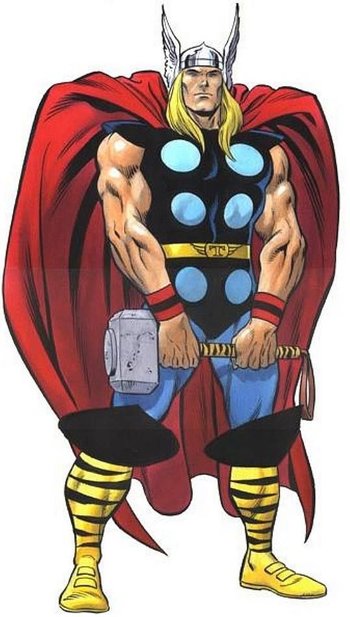 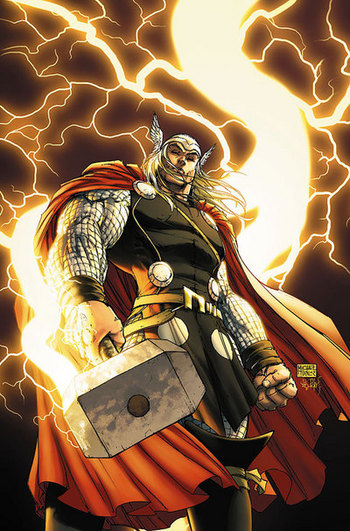 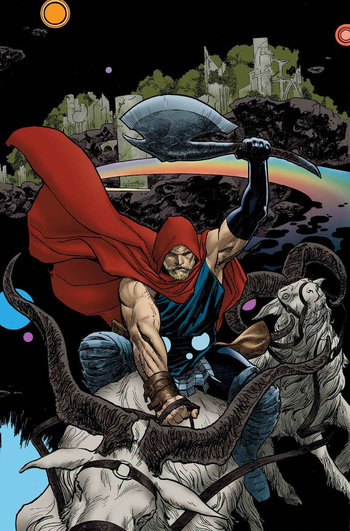 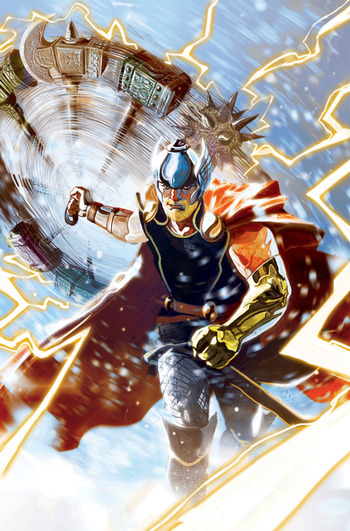 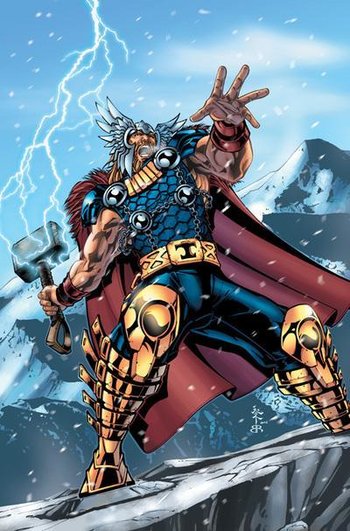 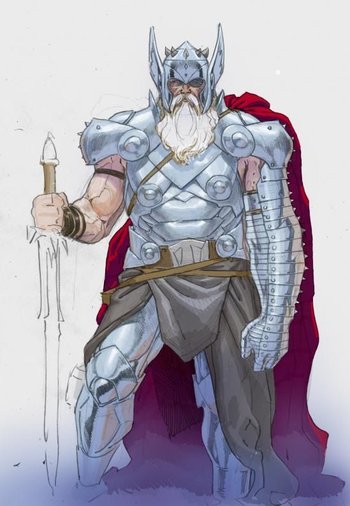 AKA: The Mighty Thor, The God of Thunder, The Thunderer, Goldilocks, The Odinson, God of the Unworthy, Herald of Thunder
Debut: Journey Into Mystery (vol. 1) #83

Thor is the son of Odin and strongest of the gods of Asgard. He has grown fond of humanity during his years on Earth, and considers it his duty to protect Midgard. Following the death of Odin, Thor inherited the Odin-Force and took over as Lord of Asgard. Though he would later return the Odin-Force to his father after he was revived.