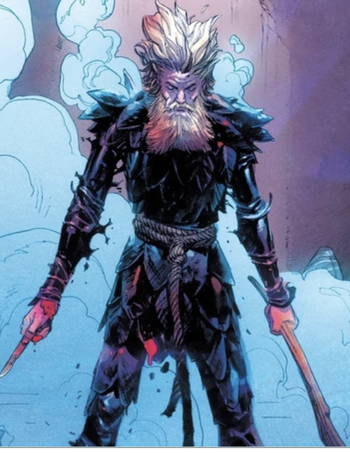 Dr. Donald Blake is Thor's alter ego. Originally a separate character, it has since been Retconned that Blake has always been Thor, made into a mortal by Odin in punishment for his arrogance. Or something. Blake has since gained a life and sentience of his own, separate from Thor, so the whole thing seems to have come full circle. 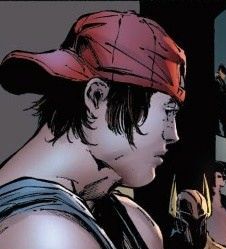 Bill Cobb is an Oklahoma diner owner and fry cook. Bill falls in love with the Asgardian Goddess, Kelda and left with her and The Asgardians when they went to Latveria. 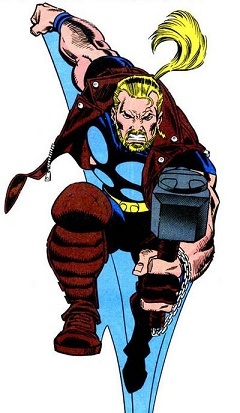 A mortal who through one of Loki's schemes became blessed with Thor's powers after the latter was banished to parts unknown. Thor was eventually found and Loki's plot foiled. As a reward for his work and to leave Earth a protector when Thor was in Asgard, Eric was given the less powerful Thunderstrike mace. After a number of adventures, he died stopping the Egyptian death-god Seth and sacrificing his own life to keep the Bloodaxe from possessing him and using him to kill.

Was popular enough to receive a short lived solo title. See the Thunderstrike page for tropes related to his book.

Verity is a mortal with a special gift - she can see through any intentional lie, whether it is words, hallucinations, fake feelings, holograms, special effects, fiction, magic illusions, etc. Thanks to this power, her life has been difficult, since everybody lies and lies make her uncomfortable. She found Loki (the 3rd one) while trying (and failing) to speed date; since then they have become friends, as Loki is the only person who so far has been able to cheat her powers (to some extent) with their mastery at lying and manipulating. 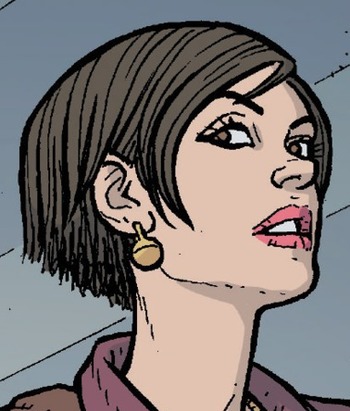 Nisa is a New York political journalist, former employee of Daily Bugle, who got name for herself by unveiling an embezzling scandal by former New York governor Adam Hitt. She is also the biggest Loki skeptic when the trickster god tries his talents at Midgardian politics... 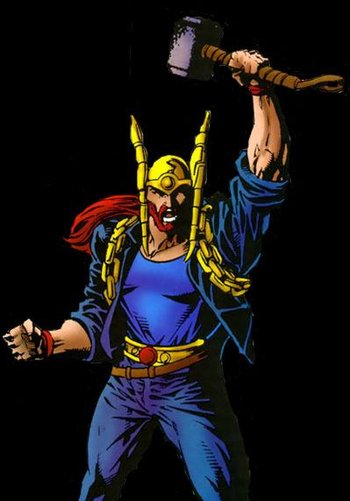 A mortal cameraman who once found his way to Asgard. He was originally in a pawn in the schemes of Odin and Loki to serve as a replacement Thor in Ragnarok where he died. Odin later brought him back to serve as Thor after a falling out between father and son. Died in battle with Seth's minions. His current status is unknown. 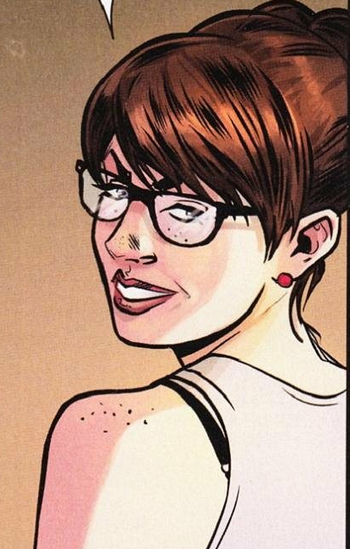 Dr. Annabelle Riggs is an archaeologist that specializes in obscure objects. 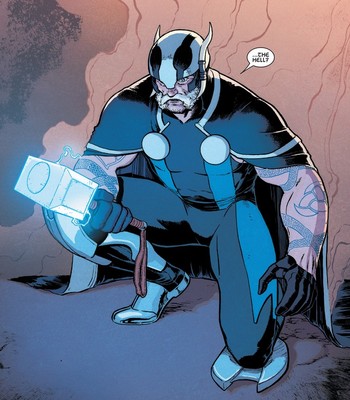 An elderly mechanic living in Broxton, he becomes the latest Thor to wield Mjolnir.