The characters inhabiting Zion, humanity's homebase against the machines. 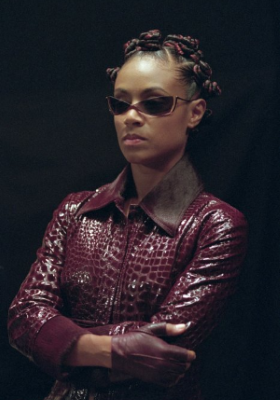 "I've got a feeling this is going to be one hell of a ride."
Played By: Jada Pinkett-Smith
"What if all this, the prophecy, everything is bullshit?"

Captain of the Logos, Niobe is Morpheus' ex-girlfriend who now is dating Commander Locke. Not a believer in Morpheus' prophecy, Niobe does, however, believe in Neo and lends him her ship in the third film to reach the Machine City. She is an Ace Pilot, driving the Hammer hovercraft to Zion whilst under attack from an army of Sentinels. Along with Ghost, she's one of the main characters of the video game Enter the Matrix. 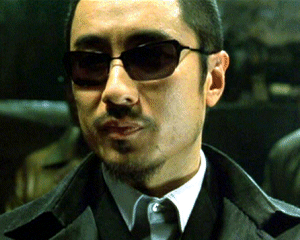 "Well it's nice to have something to look forward to."
Played By: Anthony Wong
"I've always said that when I die, let it be for something, and not of something."

Niobe's Number Two, Ghost is the best gunner in Zion. He was released from the Matrix on the same day as Trinity, and has unrequited feelings for her. Along with Niobe, he's one of the main characters of the video game Enter the Matrix. 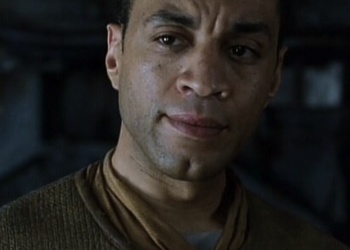 The head of Zion's defensive forces, Commander Locke is quite angry a lot of the time, but wants nothing more than to defend Zion from the Machines, no matter the cost. He's in a relationship with Niobe, expanding on his feud with Morpheus further. 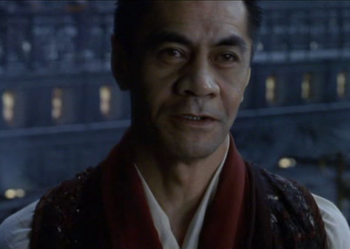 Commander Locke's Number Two. Captain Mifune is much friendlier when compared to Locke, and leads Zion's army of APUs.

The council who rule over Zion.
The Kid

A young redpill who was freed from the Matrix by Neo and of his own will. Now a Tagalong Kid, Kid deeply believes in Neo's ability to save mankind and is his biggest supporter. He Takes A Level In Badass in the third film to defend Zion.

A redpill who is possessed by Agent Smith in Reloaded. In the real world, the possessed Bane physically harms himself and seeks mankind's destruction. During the films, he uses an EMP to disable a small fleet of hovercraft, preventing Zion's EMP counterattack and allowing the five ships to be destroyed, then attacking Neo and Trinity aboard the Logos, blinding Neo. He (or at least the Smith code possessing him) is then decapitated by the blind man.

Captain of the Mjölnir, Roland is a grouchy and cynical man who disbelieves in the One and Neo's ability to stop the war.

Played By: Alexander Kierkgaard.
Captain of the Vigiliant and a close friend of Morpheus.
Ballard

Played by: Roy Jones Jr.
The captain of the Cacaedeus
Captain Tirant

Played by: Frankie Stevens,
Captain of the Novalis.
Maggie 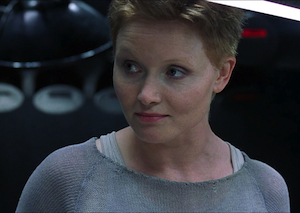 The medical officer aboard the Hammer.

Played By: Kelly Butler
Captain of the Gnosis.
Malachi

Played By: Steve Vella
A crewman aboard the Cacaedus.
Wurm and Corrupt

Played By: Paul Cotter and Terrell Dixon
Crewmen aboard the Gnosis who act as sentries during the captains meeting.
Sparks

Played By: Lachy Hulme
The Operator aboard the Logos.
Mauser

Played By: Christopher Kirby
A crewman aboard the Mjolnir.
AK

Portrayed By: Christine Anu
Captain of the hovercraft Brahma.