Characters / The Mask of Zorro 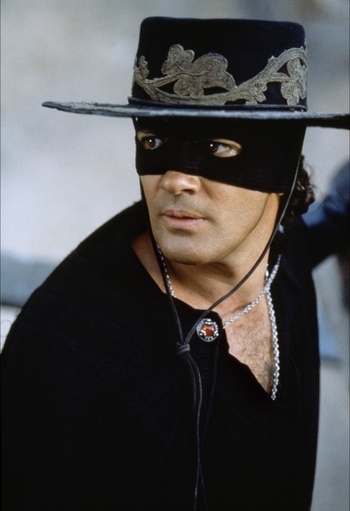 "The pointy end goes into the other man."

A thief who is trained by Don Diego de la Vega to be the next Zorro after his brother is killed by Captain Love. He eventually meets, and falls in love with Diego's daughter, Elena, while helping to bring down Rafael's newest scheme. 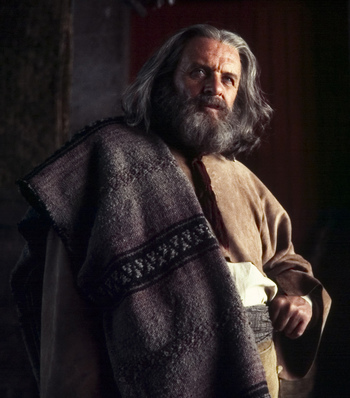 "When the pupil is ready, the master will appear."

The former Zorro, who was imprisoned after the fall of New Spain, he escapes from prison to seek revenge against the man who destroyed his family, Don Rafael. 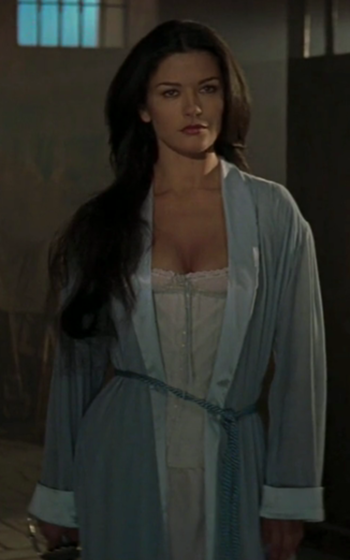 "I have had the proper instruction since I was four."

Don Rafael Montero's daughter, later revealed to be Don Diego's daughter. While she loves her adoptive father, she is aware that something is not quite right about her life, a feeling that only intensifies when she arrives in Mexico. 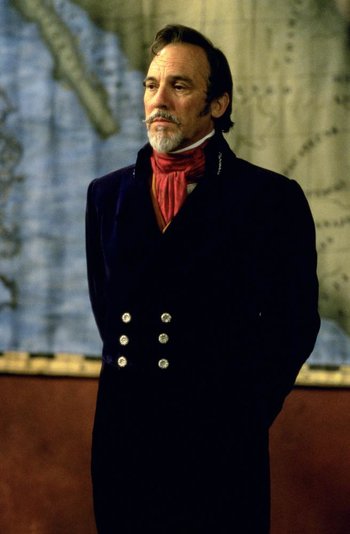 "Our children should never see the things we have to do."

The military governor of California in the backstory, he deduces Zorro's secret identity as Don Diego de la Vega and arrests him. He returns to California twenty years later with an elaborate scheme to buy the state from the Mexican Republic. 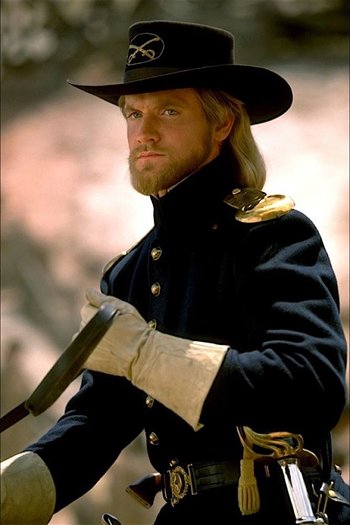 Don Rafael Montero's right-hand man during the main story, Captain Love is a former American cavalry officer with a number of perverse tastes.

An outlaw and partner of Alejandro and Joaquin Murrieta.