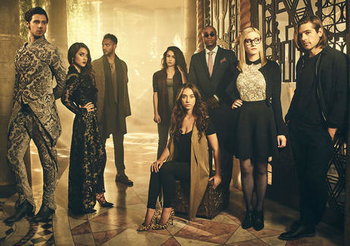 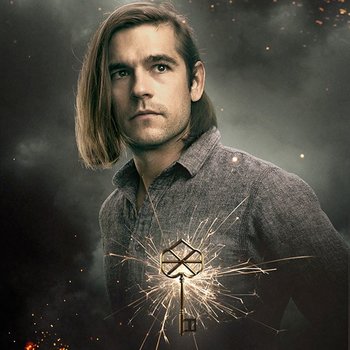 A depressed and medicated young man who finds a purpose after he discovers Brakebills. He is obsessed with the Fillory books, claiming they saved his life, and receives visions of Jane Chatwin from the books. 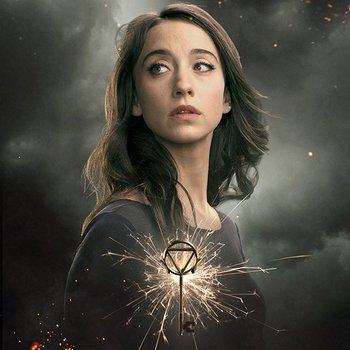 Quentin's best friend from childhood. She took the Brakebills entrance exam, but failed and had her memory erased. She managed to hold onto her memories, and became obsessed with finding magic again. 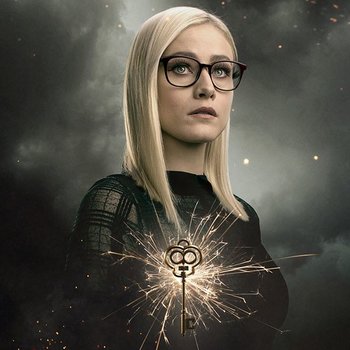 A skilled young woman from a magical family, who came to Brakebills trying to discover what happened when her brother disappeared a few years earlier. 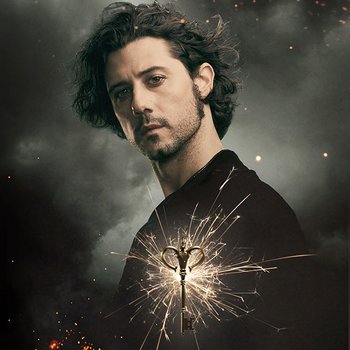 One of the senior members of the Physical House, he is a heavy drinker who has taken Quentin under his wing. Best friends with Margo. 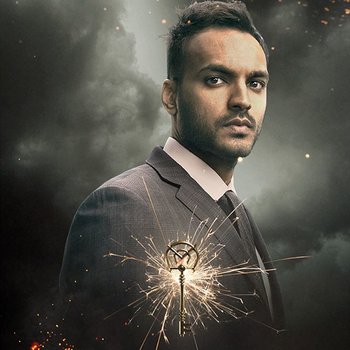 Quentin's roommate and Kady's boyfriend. He has a natural talent for mind-reading, but his true skill is the exceptionally rare "Traveling," allowing him to teleport anywhere, including other worlds.

A crucial event midway through Season 3 greatly changes Penny and his role in the story. Spoilers are unmarked below this section.

The version of Penny from Timeline 23, where most of the main cast was massacred by the Beast, including his girlfriend Julia. In "Twenty-Three", he travels back with Julia and Josh to the main timeline and eventually takes Penny-40's place. 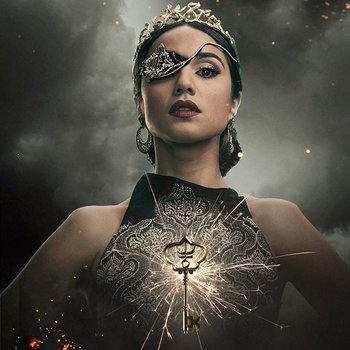 One of the senior members of the Physical House and Elliot's best friend. She has fun playing up the seductress angle, but in the end is often more helpful than Eliot. Margo is portrayed as both deeply insecure and surprisingly strong. She is outspoken and sometimes causes controversy, but is also fiercely loyal.

Josh: The weird part was how you were so incredibly selfless and, no offense, sweet, which is -
Margo: - Not on brand? I know. Anyone who really knows me knows that I'll do anything if I love you.
Kady 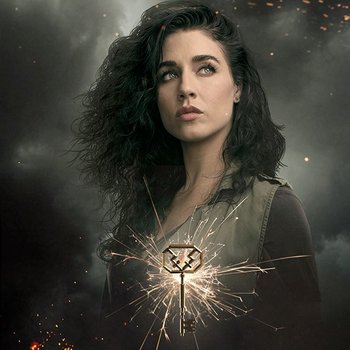 A tough, rebellious and sexy Brakebills student who attracts Penny's attention in and out of the classroom. She was secretly working for Marina to steal spells from the school and is forced to leave after a teacher discovers this. After she flees Brakebills, she joins a group of Magicians led by Richard and befriends Julia. 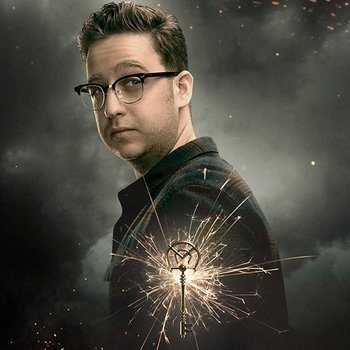 A Natural Magical student who was part of the class that disappeared on a summer vacation to Fillory. Half Magic Chef, half drug dealer, and unrepentant party animal, he took to Brakebills because neither pursuit would get him witch-hunted there. Most of the time, he whips up pastries that use every form of magic (thaumaturgical or chemical, take your pick) to induce the final say in "magically baked". 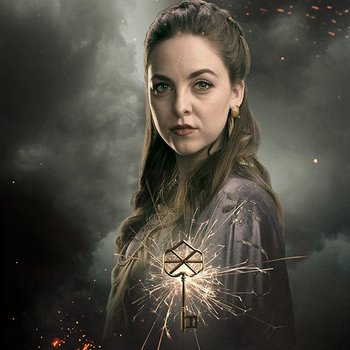 The daughter of a Fillorian blacksmith, the team promised that she could marry the next High King in exchange for the Moonstone Blade. That turned out to be Eliot. 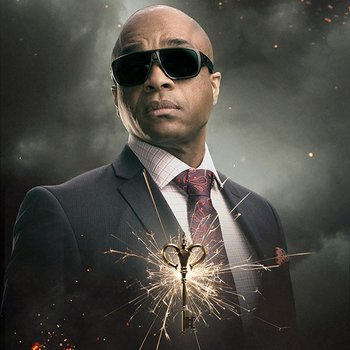 The Dean of Brakebills. He is one of the few people who knows Quentin is The Chosen One, and gets his eyes ripped out by the Beast early on.

A renowned and powerful Magician who is the only teacher at the remote Brakebills South.

One of the Brakebills professors, who starts investigating the students' involvement in the Beast's attack.

One of the Brakebills professors, who specializes in healing. She also works in the infirmary.

An eccentric student magician at Brakebills.

Played By: Dustin Ingram
A Brakebills student from the 1920's who lost track of his body while astrally projecting and became known as The Pervert Ghost Of Brakebills.
Plum

A Traveler student who approaches Penny in Season 5.

The face of the best hedge witch safehouse in New York. He recruits Julia directly, and is as friendly to her as he can be despite her obsessive nature. 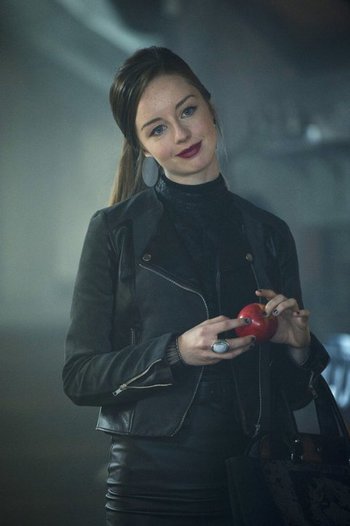 Leader of the best hedge witch safe house in New York. She was thrown out of Brakebills three months before her graduation for unknown reasons and had all her memories of magic erased. She managed to claw her way back to the top of the hedge witches despite that, and ruthlessly exploits everyone under her. 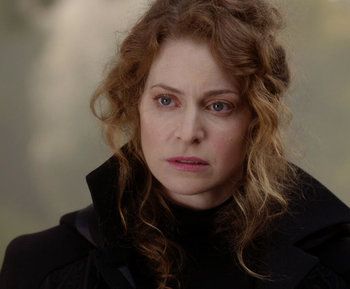 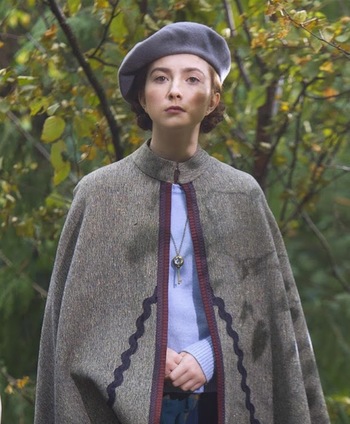 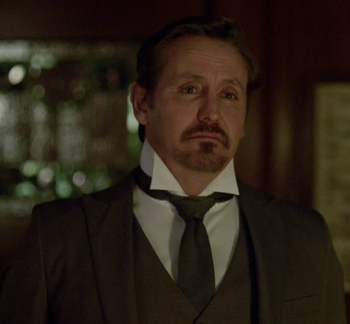 A monstrous creature from another world who appears in this one with his face obscured by moths. In reality, he's Martin Chatwin, turned into an evil and extremely powerful magician by the traumas of his childhood.

The author of the Fillory and Further series, and Quentin's idol. In reality, he was using the Chatwin kids to access Fillory for him so he could both write the books and attempt to become a powerful magician. He was also molesting Martin Chatwin, inadvertently turning him into the Beast.

Played by: Sean Maguire
The eldest of the Chatwin siblings a powerful magician in his own right, Rupert was a soldier in World War II who returned home for the summer after sustaining an injury. It was during that time his sister Jane, brother Martin, and himself discovered the world of Fillory and went on a number of adventures before returning to the war.
Fray

The daughter of Eliot and Fen, raised in the Faerie Realm. Due to time moving faster there, she became a teenager in the two months she was missing.

One of the Fillorian courtiers.

One of the Fillorian courtiers, and a translator.

One of the most competent Fillorian courtiers, she's a sloth who represents the Talking Animal faction of Fillory.

A questing beast of Fillory, who takes the form of a pig-man.

A former Brakebills student who was in the same class as Alice's brother Charlie. She left the world of magic behind her and now works for a New York company.

A Brakebills graduate Julia meets in rehab, he works to help addicts of all kinds. One way he does that is by teaching magicians other, safer ways of using magic. 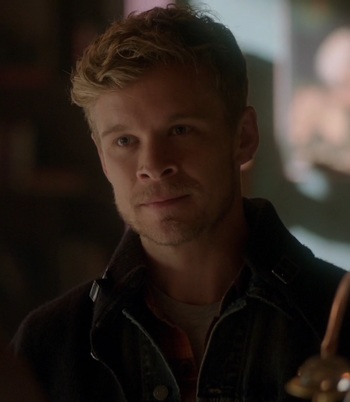 A magician and graduate of Brakebills University. 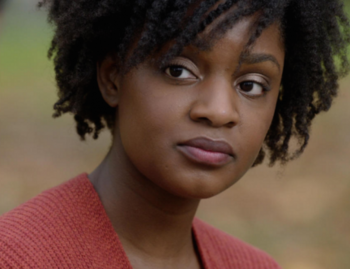 A coma patient who is tasked to teach Julia the real meaning of magic.

The head librarian of the Library of the Neitherlands.

A former Brakebills student and CEO of FuzzBeat, which she uses as a platform to secretly publish magical knowledge.

Played by: Hannah Levien
A former Brakebills student and a Traveler. Like Josh, she was part of the class that disappeared.
Sylvia

A teenage magician associated with the Neitherlands Library.

A former Brakebills student and field researcher specializing in dragons.

Gods, Goddesses and The Things that scare them

One of the two gods who created Fillory. He appears as an overweight satyr and is a being of entropy and chaos to balance Umber's order.

One of the two gods who created Fillory. He appears as a slim satyr and is a being of order and creation to balance Ember's chaos.

A harvest goddess who appears to Julia and offers her help.

Ruler of the Underworld and husband to Persephone.

A trickster god with a violent and sadistic streak.

The son of Reynard the Fox with the mortal Dana Wallens, John Gaines is a half-god living as a high-flying politician. Although initially unctuous, as politicians can be, Gaines proves himself to be a decent guy at his core. Given his father, however, that does not go particularly well.

The Roman god of revelry.

Goddess of the rainbow, messenger of the gods.

The god of magic and medicine in ancient Egypt.

The mythical nymph who imprisoned Odysseus on Ogygia and the architect of Castle Blackspire. She's now the CEO of a gaming company.

The Monster
The nameless thing imprisoned in Castle Blackspire.