Characters from The Lion King franchise introduced in its second film, The Lion King II: Simba's Pride. If you're looking for Kiara, see the first film's character sheet. 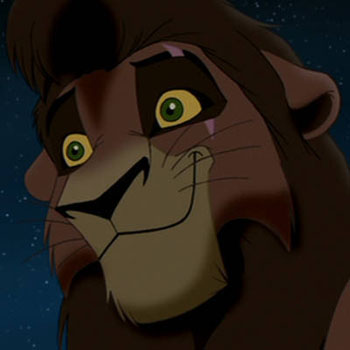 Kovu is the deuteragonist of The Lion King 2: Simba's Pride. He is Zira's youngest child and son and the love interest of Kiara. 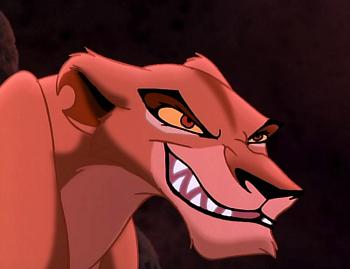 The Big Bad of The Lion King 2: Simba's Pride and the mother of Kovu. 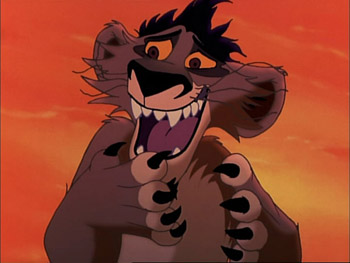 "I could be a leader if she'd [Zira] just give me a chance!"
Voiced in English by: Andy Dick
Voiced in Latin American Spanish by: Sergio Bonilla (Simba's Pride), Manuel Diaz (The Lion Guard),
Voiced in Japanese by: Yuji Machi
Voiced in European French by: Damien Boisseau

Nuka is the oldest child and son of Zira and is often neglected by her. 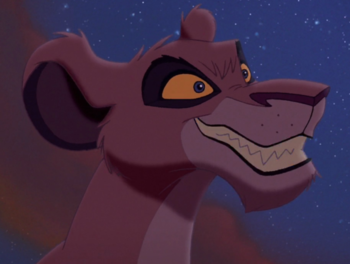 Zira's middle child and only daughter and the most supportive of Kovu.

The Outsiders
The lionesses who were loyal to Scar, all of whom were banished from the Pride Lands when Simba took over.