Characters of The Lion King franchise introduced in the original 1994 film itself. 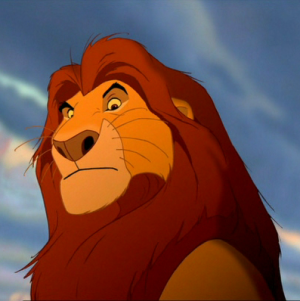 "Remember who you are. You are my son and the one true king."

Simba's father, mentor, and King of the Pride Lands. 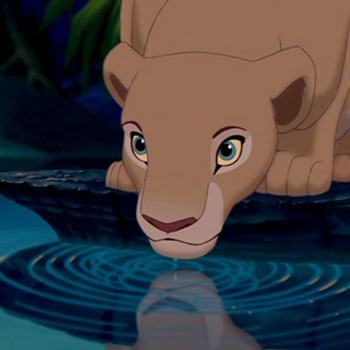 "Don't you understand? You're our only hope!" 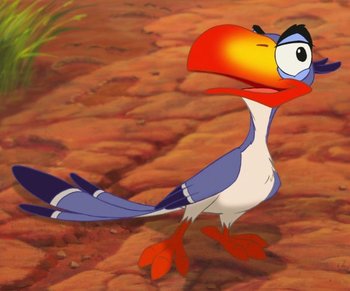 "Well, I've never seen a king of beasts with quite so little hair!"

An uptight but kindly red-billed hornbill serves as majordomo to Mufasa, Scar and Simba. 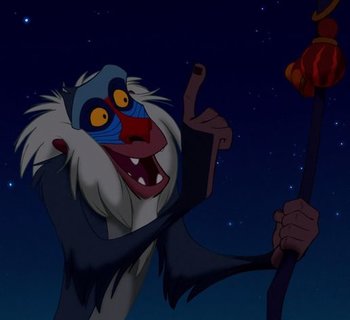 A mandrill (or baboon as he is referred to as in-universe) who is a wise, if eccentric friend to the lions.

"Can't cut it out. It grows right back"
Sarabi 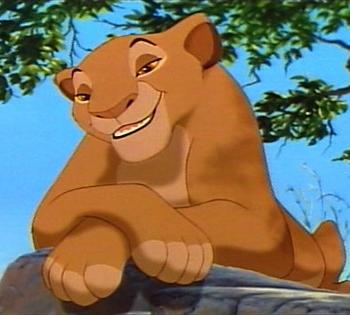 "Simba! You're alive...how can that be?"
Voiced in English by: Madge Sinclair
Voiced in Latin American Spanish by: Ángela Villanueva
Voiced in Japanese by: Haruko Kitahama
Voiced in European French by: Nicole Raucher 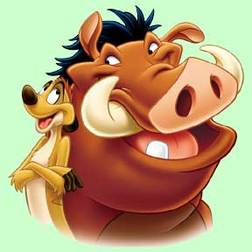 A meerkat and warthog who raised Simba after the latter ran away from the Pride Lands. When Simba returned to the Pride Lands, Timon and Pumbaa went with him. 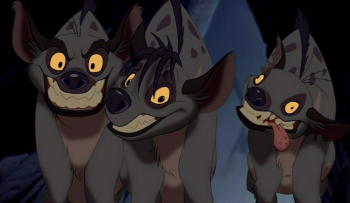 The main three hyenas that serve under Scar.

Tropes applying to all three 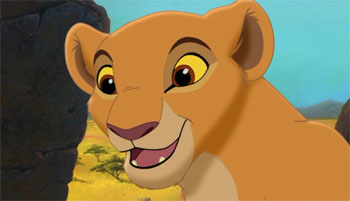 Kiara is the protagonist of The Lion King II: Simba's Pride. She is Simba and Nala's daughter and Kion's older sister, and the Crown Princess of the Pride Lands.