Characters / The Legend Of The Legendary Heroes Roland Empire

This is a character page regarding the characters of the Roland Empire in The Legend of the Legendary Heroes. For other characters, see the index here.

Tropes that apply to the Roland Empire as a whole: 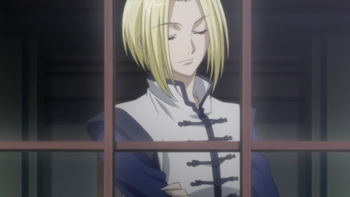 Sion's bodyguard. The head of the distinguished sword clan of Eris and Ferris and Iris' older brother. He killed his parents to save Ferris and become the head. Due to the nature of his powers, he currently cannot step foot outside of Roland. 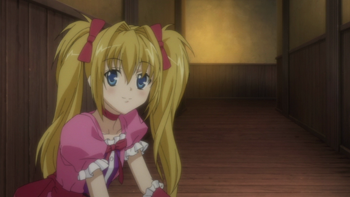 Ferris and Lucile's little sister. Acts as a messenger between Ryner & Ferris and Sion. 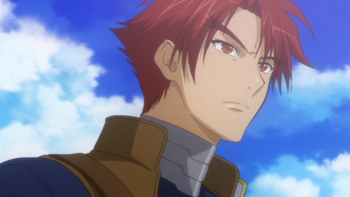 Sion's right hand man, as one of his longest standing subordinates. Currently in the rank of Field Marshal, he's Roland's most famous soldier and popular among the Roland army. Has a romantic relationship with Lady Noa Ehn. 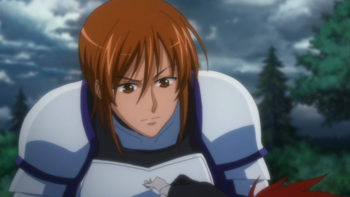 Claugh's vice-officer, and long-time friend and subordinate who fought alongside him during the revolution. 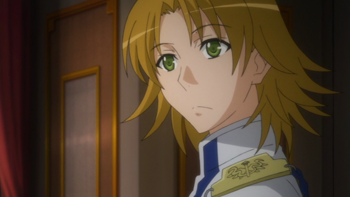 Sion's left hand man, due to having served him during the revolution, and currently holds the position of Major General. Deals with domestic affairs. 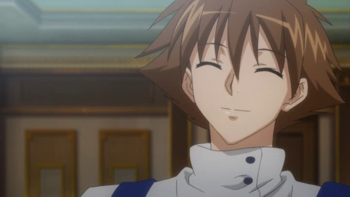 A commoner whom Sion hires as his secretary after helping him save his sister. He idolizes Sion. 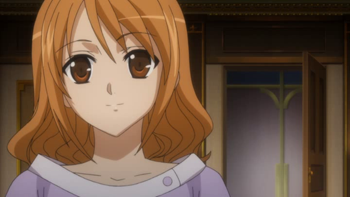 As the younger sister of Fiole Folkal, she decides to work for Sion, grateful for all that he's done for her brother, and becomes Calne's assistant. 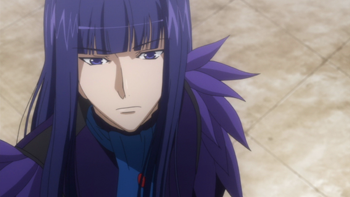 One of Sion's more recently hired subordinates, currently a Lieutenant General, who often uses more underhanded and immoral means to accomplish his tasks. Nevertheless, he is very loyal to Sion, whom he views as his ideal king. 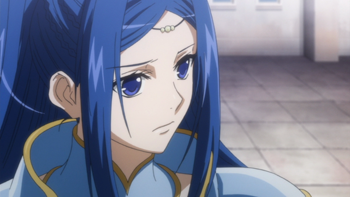 The princess of Estabul. After a failed rebellion against Roland, she becomes the main source of stability between Roland and Estabul's relationship. 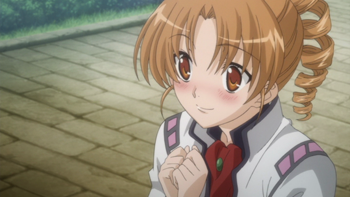 A girl from the same orphanage as Ryner. Now a lieutenant and the captain of the Taboo Breaker Pursuit Squadron, she's under orders to apprehend Ryner. She's also the reincarnation of a Goddess, otherwise known as Milk Ephillet. 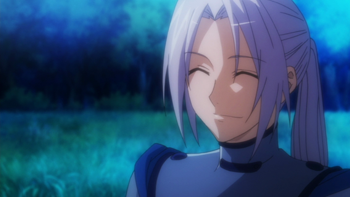 A member of the Taboo Breaker Pursuit Squadron. Despite being only a sergeant, he's one of Sion's longstanding subordinates alongside Claugh and Calne. 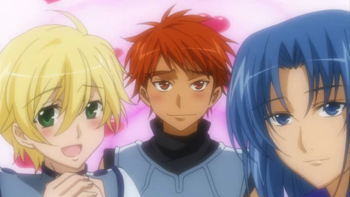 The other three members of Milk's team, all of whom also served under Miller during the revolution. 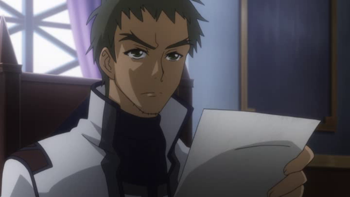 A Major and the commanding officer of the Taboo Breaker Pursuit Squadron. Reputed as a genius, he was an integral factor in Sion's revolution. 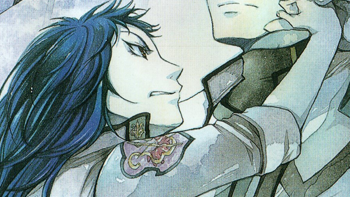 A member of the army who trained Ryner, Peria, and Pia long ago, as well as Miller's wife in the present.