This is a partial character sheet for The Last Sovereign. Beware of unmarked spoilers for any information present in the current public release. 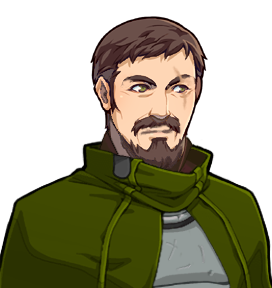 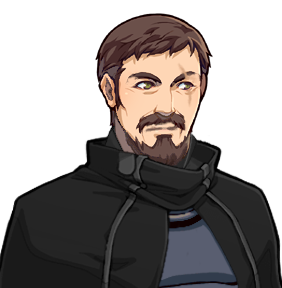 A war veteran and widower, Simon is an atheist who is nonetheless in service to the Church of the goddess Ivala. When his latest mission ends in disaster, Simon ends up infected by a shard of the same power that creates the narcissist demigods called Incubus Kings and finds himself in a position to finally win the battle he's been fighting for most of his life. 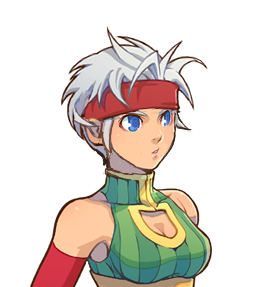 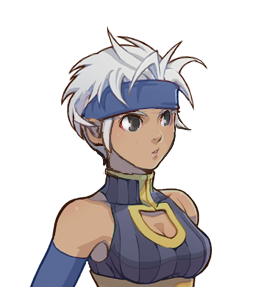 A former bounty hunter turned companion and lover to Simon. She is infected early on by a cache of corruption and requires frequent sex with Simon to survive, but there is a transformation ritual that may save her at the cost of her humanity. 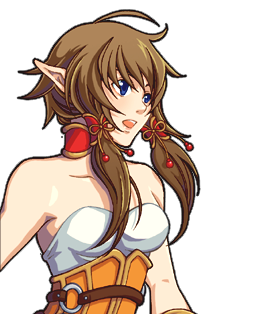 An elven mage from one of the human kingdoms, she was tasked by the Church of Ivala to accompany Simon and the Chosen One Kai to the Withered Mountain to slay the Incubus King, but it ended in failure, and she was captured and used as a Sex Slave by the Orc residents of the mountain fortress. Unlike most of the harem, she is an optional member, and the player's decision to save her or not and the subsequent actions after that can have consequences during the Battle of Yhilin. 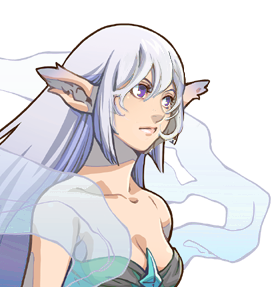 A former servant of The Lustlord in charge of his orc-breeding program, she was subsequently let go after The Gathering and picked up by Yarra, Qum, and Orcent to serve Simon and help build his army for the Battle of Yhilin. 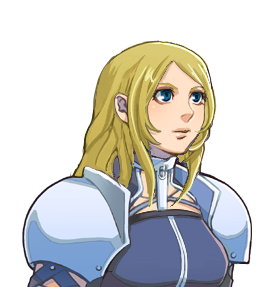 A Commander in the Church of Ivala's inquisition, she would later be forced to leave after being tainted by a Seed of Corruption in an attempt to purify it. Similarly to Aka, Carina requires regular intercourse with Simon to keep the corruption at bay. However, because Simon was able to get to Carina quicker than Aka, her condition is less severe though just as serious. 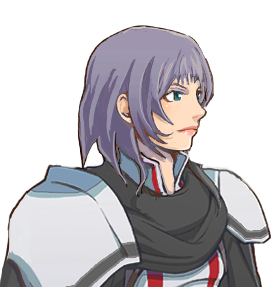 A mercenary that served in the last years of the war against the Incubus King, she later joined the Redlight Mercenaries in attempt to gain the power to fight the IK. However, she was betrayed by the leader of the Redlights, Ivastan, and slapped with a slave collar. After being freed by Simon, she joins his harem and now acts as an officer in the Doom King's army. 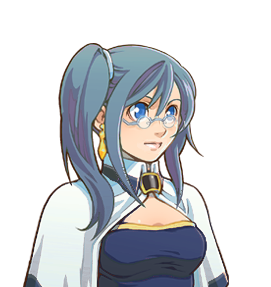 Iris is the Incubus King's long-suffering secretary. She handles much of the running of his empire, as well as trying to rein in the worst of his excesses. Despite serving as an administrator, Iris is a capable succubus and can be very dangerous when she is acting strategically - twice so far she had sprung unpleasant surprises for Simon and his allies. She is captured during the last stages of Third Arclent War where she effectively defects to Simon's side after being promised control of the Chalice States to keep it from falling into chaos after the Incubus King's defeat. 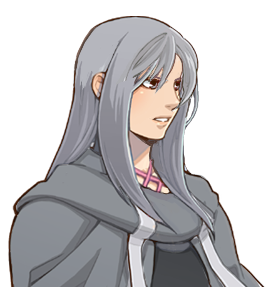 The ruler of Yhilin. She is known as the Widow Queen since the death of her spouse. She is the target of a failed coup by the Kingsmen faction, a plot which is quickly foiled by Simon. Steadfast and pragmatic, she allies with Simon to keep her kingdom stable, and eventually becomes a member of Simon's harem. 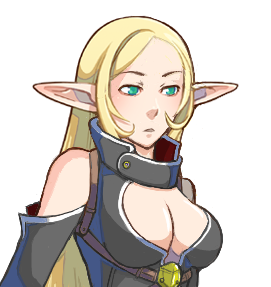 An elven elder from the country of Darghelon, Lynine is a political rival to Orilise and unlike her, an amateur fighter rather than an amateur mage. She's more reckless than her rival. 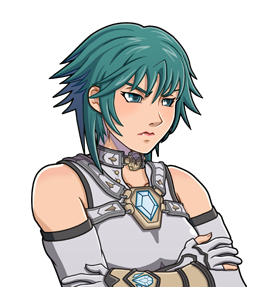 A Yhilini merchant Simon allies with halfway through chapter 1 in order to make a break into the world of business and acquire the economic resources for his plan. 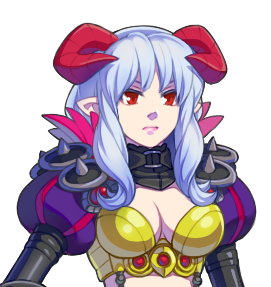 The bratty daughter of the Empress of the Orgasmic Empire, Nalili is assigned to Simon in an attempt to force her to grow up a little bit. Fortunately, thanks to succubus culture, the Empress doesn't mind when their relationship turns sexual, and Nalili ends up following Simon back to the harem. 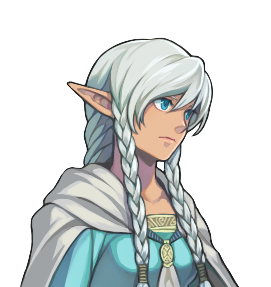 Orilise is an elven Reliar (as she explains it, a pretentious word for "scholar") from Gheldaron with some status and influence in her community. She is also known for being against Lynine's views on corruption magic. Despite this, she's also willing to buck some elven traditions. 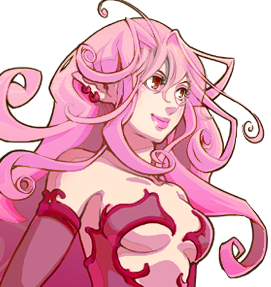 A succubus encountered when Simon first returns to Feroholm after the prologue. She was captured and used by the Church in Feroholm in order to alleviate the lust of the soldiers stationed there. While apparently ditzy and scatterbrained, Qum shows that there's more to her than first impressions. 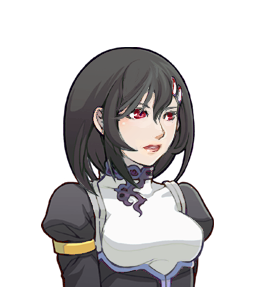 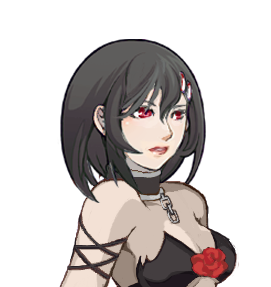 A high-ranking succubus that has encountered Simon many times during the Incubus King's initial invasion of Arclent, she is very interested in Simon for whatever reason and is responsible for giving him the Soul Shard in the first place. 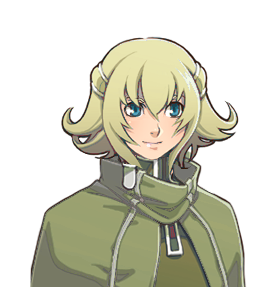 Simon's adopted daughter, Robin is also a gifted student at a magic academy, pursuing a career in strictly theoretical magic. She gets pulled into Simon's campaign early on, however, and joins his team as his primary researcher.
Trin 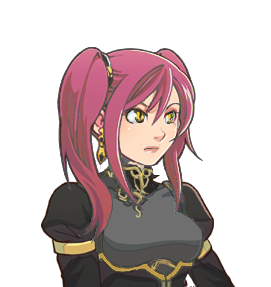 A gleefully manipulative psychopath, Trin is a mage with a bizarre talent: she can replace people with perfect duplicates that she controls. She's required to serve the demands of anyone who holds her contract but doesn't seem to mind that.
Uyae 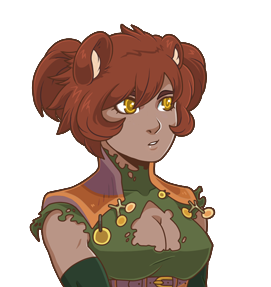 A strange Zirantian who Yarra befriends on a diplomatic visit to their capital, Uyae eventually reveals she's a renegade member of the Divine Claw, a traditionally neutral unit of royal guardsmen. Like many Zirantians, she's humanoid with a few animal characteristics.
Varia 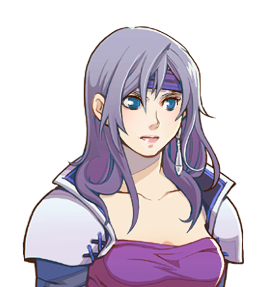 Varia is an infamous bandit with a knack for explosives and a talent for survival.

The player has the option, when she's recruited, to either dominate or reshape Varia, which permanently determines her personality and combat abilities going forward. Dominated Varia is an emotionless robot who kills whatever she's pointed at; reshaped Varia is a front-line fighter with a few useful defensive skills. 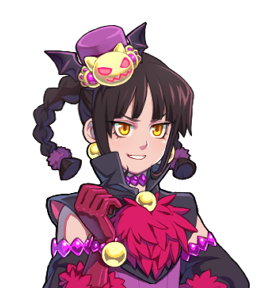 A halfling necromancer, Wynn fought alongside and frequently shared the bed of Simon and his late wife Wendis. She and Simon have drifted apart in the years since Wendis's death, but the war brings them back together.

Wynn has a unique mechanic for "recruitment." When she enters the game, Simon is furious with her, which is represented by a numeric score below her usual relationship tracker. She can join the harem, but not before Simon's anger with her drops to zero, and unless you're working from a guide, that can take a long time. 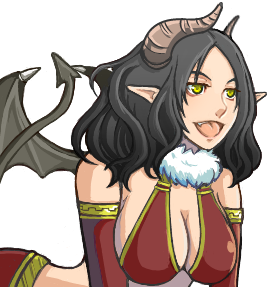 The self-proclaimed First Slut of Simon's harem, Yarra is a refugee from the Incubus King's territory. Her meeting with Simon is a big part of what starts him on his new journey.