Character sheet for The Last Samurai. 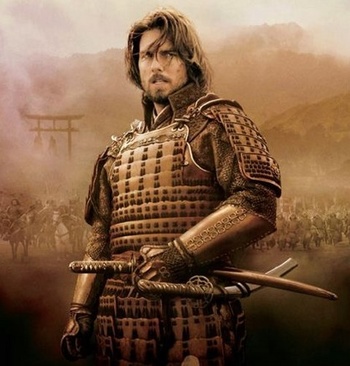 Nathan Algren is a Former US Army captain, and a bitter alcoholic traumatized by the atrocities he committed during the Great Sioux War. He is approached to train the newly created Imperial Japanese Army in order to suppress the samurai-headed rebellion of Moritsugu Katsumoto against the reforms of Japan's new Emperor. Taken prisoner by said rebellion after a disastrous battle, he starts learning the ways of the samurai and ends up embracing their cause. 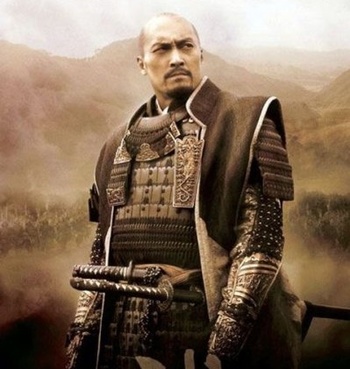 A samurai who was once Emperor Meiji's most trusted teacher. He was displeased with Omura's bureaucratic reform policies, which led him into organizing a rebellion against said reforms.

He is based on real-life samurai Saigō Takamori. 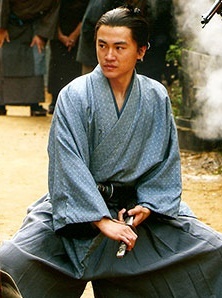 Katsumoto's son and the lord of the village in which the samurai are encamped. His father advises Nobutada to teach Algren in Japanese culture and language. 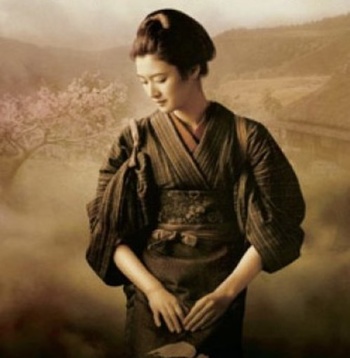 Katsumoto's sister and the wife of Hirotaro. Much to her displeasure, Katsumoto orders her to house Algren and take care of him, right after he had killed her husband. Feelings develop between Algren and her nonetheless. 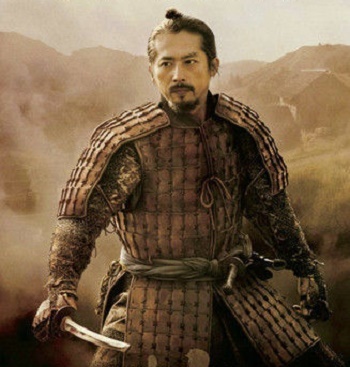 One of the most dedicated, loyal and fierce warriors under Katsumoto. He teaches Algren the art of samurai sword fighting, none too gently at first but eventually grows to respect him. 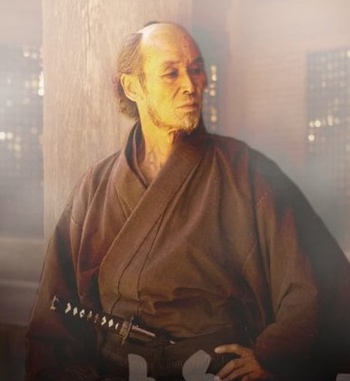 An elderly man assigned to follow Algren (who nicknames him "Bob") as he travels through the village. 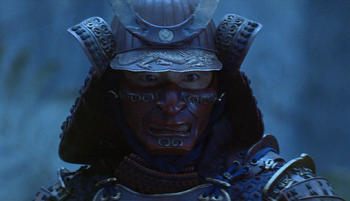 One of Katsumoto's best warriors and Taka's husband. He gets killed by Algren when trying to finish the latter off. After befriending the samurai and learning their ways, Algren eventually dons Hirotaro's armor (minus the menpō mask) for the final battle. 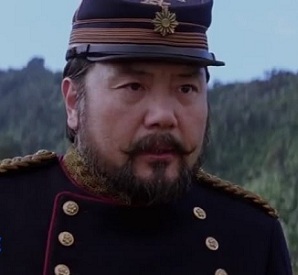 An industrialist and pro-reform politician who dislikes the old samurai and shogun-related ways and quickly imports westernization and modernization while making money for himself through his railroads. Coming from a merchant family that was like many repressed during the days of samurai rule and the cause for his extreme dislike for their nobility, he assumes a great deal of power during the Meiji Restoration and takes advantages of Emperor Meiji's youth to become his chief advisor, wielding power similar to that of the Shoguns. He's designed to evoke the historical figure of Okubo Toshimichi, a leading reformer of the Meiji Restoration. 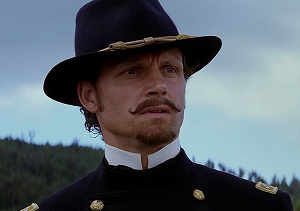 Nathan Algren's commanding officer in the 7th Cavalry Regiment, who accompanies him to Japan to train the new Imperial Army. Algren dislikes Bagley for his role in the Washita River massacre of Native Americans during the Great Sioux War, a tragedy Algren cannot get over. 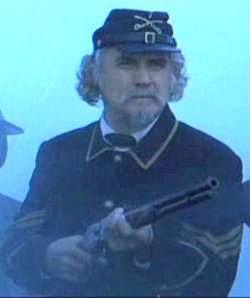 An ex-US Army soldier who served with and is loyal to Algren, and talked him into coming to Japan. He, along with Algren, commands the nascent Imperial army before confronting the samurai. He is later killed in their first battle by Hirotaro. 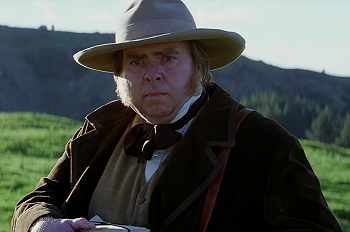 A British interpreter for Algren and his non-English speaking soldiers. Initially portrayed as a typical practical-minded Englishman, he later comes to understand the Samurai cause. He is shown to have some resemblances also to the real-world Corfiote photographer Felice Beato.

The 122nd Emperor of Japan, he presides over time of change that witnesses the Empire of Japan rapidly transform from an isolationist feudal state to an industrialized world power, which included transferring power from the samurai Shogunate to him. That era would later be known as the Meiji Restoration, named after Mutsuhito's posthumous name.