Characters in The King of Fighters introduced in the non-canon Maximum Impact series will be listed here.

References, such as Mythology Gags, Continuity Nods, "No Celebrities Were Harmed", Expy, Shout-Out, Captain Ersatz, and the like, should go in this page.

Back to the characters sheet.

Debuting in the Maximum Impact series

The King of Fighters: Maximum Impact 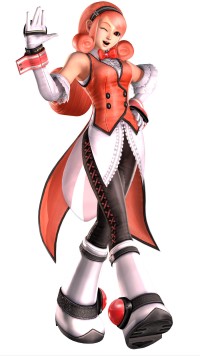 A sorceress who inherited her grandmother's techniques. She becomes a pop star and has a rival in Athena. She decides to enter the tournament to do battle with her.
Duke Burkoff - Unknown (implied to be Russia) 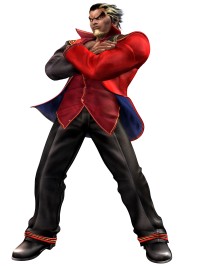 The boss of the Mephistopheles gang, a sub-syndicate of Addes. Duke is a Self-Made Man who was a part of a genetic experiment by a scientist named Jalange. He is referred to as Type "D" by his superiors, just as Nagase is referred to as Type "N". It is said that he is immortal, evidenced by the large scar across his neck. He is the one who killed Alba and Soiree's mentor Fate in order to gain full control of Southtown. He hosts the new King of Fighters tournament to lure his enemies out. In the final round, Duke is defeated by Alba, but vanishes during a blackout of the stadium. He enters the 2nd tournament held by Jivatma to find out the truth of what happened to his sister, whom Jalange promised would be well taken care of.
Chae Lim - South Korea 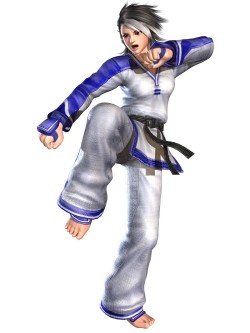 A young girl who has been training under Kim since she was four. She is rumored to be Kim's secret weapon for KOF. The Maximum Impact tournament marks her first professional debut.
Alba Meira - Germany 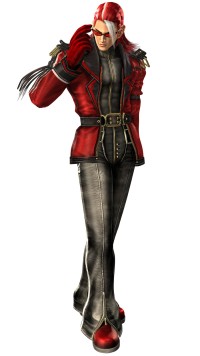 The current ruler of Southtown's crime empire. Alba and his brother Soiree were orphaned at the age of three, when their parents died in an accident. At 14, they escaped the orphanage and were taken in by Fate, the then-leader of Southtown's criminal underworld who succeeded Geese Howard after his death. Fate told both of them that they had a role to play for Southtown's future. Unfortunately, since Southtown was the den for several other crime lords, after Geese's death war had erupted in their ranks to see who would succeed Geese, and Fate ended up assassinated by Duke, the leader of Mephistopheles, using Lien Neville as a proxy. Alba sets out to find his mentor's killer, and enters Duke's tournament. He defeats Duke, but he vanishes. Alba becomes the leader of Southtown along with his brother, but both hear of mysterious events around the town. He encounters Luise Meyrink, who reveals that he is part of a prophecy, but when Alba questions her about it, he has no choice but to fight her for the answers. She vanishes afterward, and Alba encounters Jivatma, the leader of Kusiel, which are the remnants of Mephistopheles and a sub-syndicate of a new Nebulous Evil Organization called Addes. Jivatma confirms Luise's claims, referring to Alba as "Judeim", and reveals that Alba is needed for an ancient prophecy to occur. Alba fights him, but after beating Jivatma suddenly has visions of a black-silhouetted being with white hair and collapses. When he wakes up, he realizes that Luise saved him, and she reveals that Soiree has been taken by Addes. Luise decides to reveal everything to Alba. 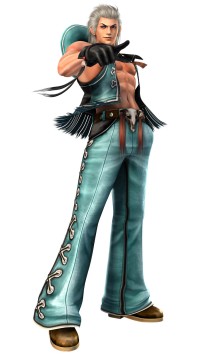 Alba's brother. He and Alba escaped the orphanage they lived at and were adopted by Fate. They both sought and avenged his death. Soiree is the more laid-back and carefree of the two and tries to help Alba in any way he can. He encounters Jivatma, but is incapacitated by visions of Judeim and is captured by the Addes organization.
Lien Neville - England 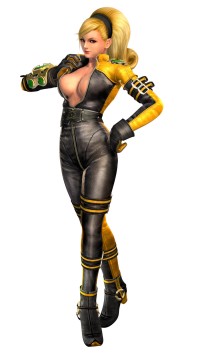 A former subordinate of Duke. Her family was killed by Jivatma so she goes undercover to exact revenge. She kills Fate and prompts Alba and Soiree's rise to power. She eventually finds a kindred spirit in Duke, as both of their lives were ruined by Addes. 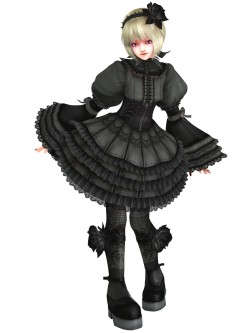 Mignon's sister and rival. When Mignon inherited their grandmothers' secret techniques, she felt jealous and decided to see if Mignon was worthy of them by competing in the 2nd tournament. Hates being underestimated by her older sister.
Fiolina "Fio" Germi - Italy 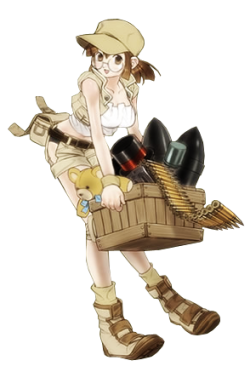 A character ported over from the Metal Slug series, she a member of the Sparrows Intelligence Unit who is best known for helping the Peregrine Falcon Squad defeat General Morden's Evil Army and the Mars People on several occasions. 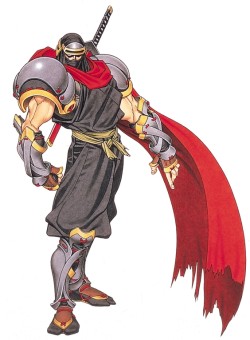 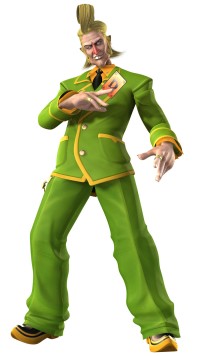 The referee for the first tournament. Hyena is at first Duke's servant, but in the end when Mephistopheles breaks apart, he decides to enter the tournament on his own and build his own gang.
Jivatma - Indonesia 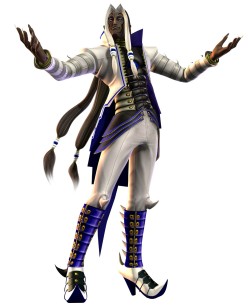 The final boss of the second game. Jivatma is the leader of Kusiel, which are the remnants of Mephistopheles and a sub-syndicate of Addes. Jivatma is one of the high ranking members of Addes, which are known as the Children of Kokaviel. He is The Man Behind the Man for Duke, and is the one who ordered the death of Lien's parents. He faces off against Alba in the finals, and refers to him as Judeim. Upon his defeat, he disappears, having already taken Soiree hostage. He is, in fact an alien creature who has been hunting Luise, and used the tournament to draw her out. His objective is to return to his homeland.
Lilly Kane - England 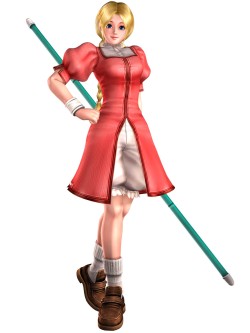 Billy's kid sister, who he is overly protective of. Having moved back to England to enjoy a happy life with her brother, Lilly awakes one day to discovers that Billy has left. Angry and worried, she travels to Southtown to find him and drag him back home.
Richard Meyer - Brazil 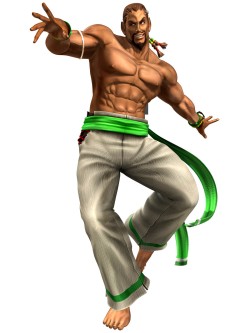 A former competitor in Geese Howard's tournament. He is the owner of the Pao Pao Cafe. He entered the tournament to promote the restaurant. Although he lost, the restaurant became immensely popular and became a local hangout for fighters in Southtown. He found an apprentice in Bob Wilson, and opened the Pao Pao Cafe 2, giving Bob the management rights. He enters the Maximum Impact 2 tournament out of boredom.
Luise Meyrink - Germany 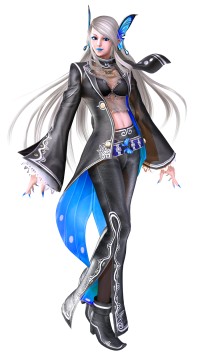 A mysterious woman with even more mysterious abilities. She exemplifies the butterfly: a free spirit that goes wherever the wind takes her. When her father is abducted by Addes for refusing to work with them, she enters the tournament for answers. She seems to have a connection with Alba, knowing about his true identity as Judeim; this is because she is a being similar to Judeim known as Lakia.
Nagase - Japan 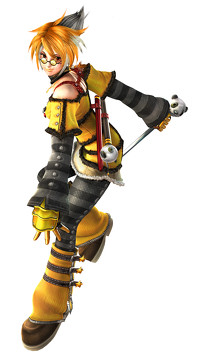 A mysterious young girl who was modified by the Addes scientist Jarange into a "Type-N" cyborg. She uses a complex form of Ninjutsu similar to that of legendary ninja Hanzo Hattori, which she acquired through her data disc system. She works for Jivatma, but harbours no loyalty towards him; she fights only to test her own strength. Hates "pretty boys" for some reason.

The King of Fighters: Maximum Impact Regulation A

Ron's daughter, and Duo Lon's half-sister. Like her brother she is searching for her father to find out the truth behind her clan's massacre. She ends up in Southtown, believing that Alba knows about her father.
Makoto Mizoguchi - Japan 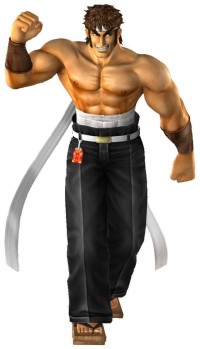 A bruiser who fights on the streets. Aside from that, we... don't know much about him.