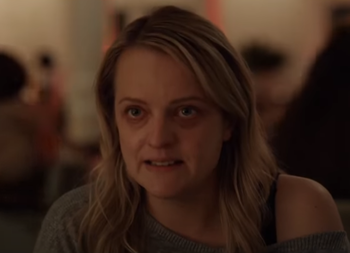 "There you are!"
Performed by: Elisabeth Moss
A young woman who leaves her abusive boyfriend, Adrian, in the middle of the night. After he commits suicide, Cecilia is left with a share of his fortune, but she suspects that he is still alive after eerie situations start happening.
Adrian Griffin 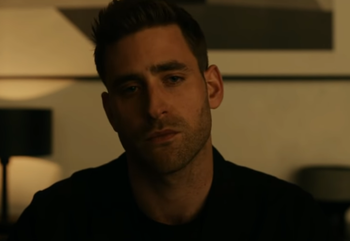 "You think...you're learning how to beat me."
Click here to see him as the Invisible Man 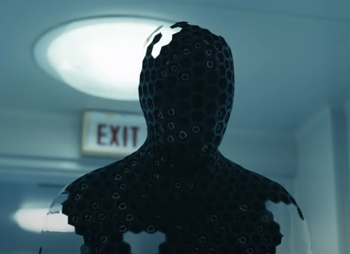 Performed by: Oliver Jackson-Cohen
Cecilia's abusive, controlling boyfriend. He commits suicide shortly after Cecilia leaves him, but he may not be entirely dead...

Performed by: Harriet Dyer
"Cecilia, what is going on? Are you okay?"
Cecilia's sister, who helps her escape from Adrian.
James Lainer

Performed by: Michael Dorman
"[Adrian] needs you, because you don't need him."
Adrian's brother, and a lawyer.