Characters / The IT Crowd 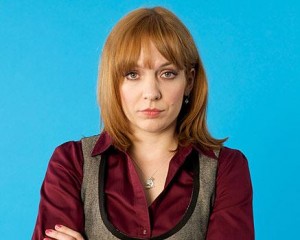 Reynholm Indutries' IT Department's "Relationship Manager". An ambitious career woman whose dreams of climbing the corporate ladder are always foiled by either her co-workers' antics, her tendency to compulsively lie about her abilities, or her complete lack of understanding of anything relating to computers. 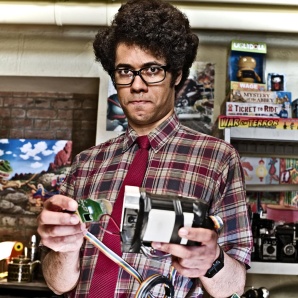 I like being weird. Weird's all I've got. That and my sweet style.

One of Reynholm Industries' IT Department's two programmers. A socially-inept yet good-natured uber nerd and all-around weirdo who still lives with his mother. Possesses a genius intellect and creative mind that are hindered only by every other aspect of his character. 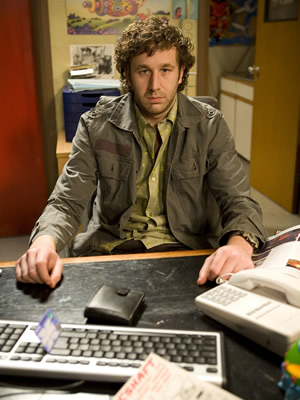 The same reason I do everything, Jen; to have sex with a lady. 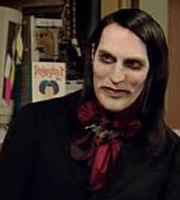 A strange and mysterious goth who lives in the basement of Reynholm Industries. While technically a member of the IT Department (if only through proximity), he spends most of his time locked in a secret room due to Moss and Roy's dislike of him. Jen is slightly more tolerant, allowing him to tag along with the main trio on occasion. 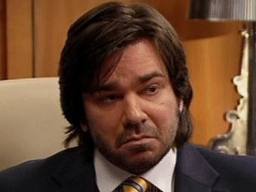 Pucker up boys. It's hammer time!

The son of the former head of Reynholm Industries who takes over the company after his father's suicide. A thoroughly corrupt and idiotic man with a flair for theatrics and philandering. Oddly fixated on spending time with the IT Department, causing him to be a frequent source of annoyance to the main trio. 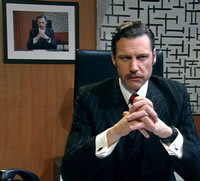 I hope it doesn't sound arrogant when I say that I am the greatest man in the world.

Douglas' late father and the original head of Reynholm Industries. Compensated for being slightly more competent than his son by being an even bigger tool. Commits suicide in the series two premiere in order to escape retribution for his corrupt business dealings.