The eighteen lucky participants of the latest season of the Hyper Ultimate Purga-Party. Most spoilers will be untagged. Per wiki policy, trope titles are never to be concealed in the list of examples. Consider yourself warned about spoilers. Proceed with caution. 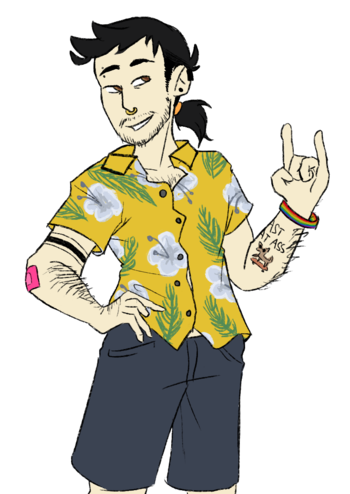 The Old School Pro
"Shoutouts to my fanbase out there composed of 12 whole people. I’ll try my best not to let any of you down, but don’t expect me to keep my word. The only thing I can promise is that I’ll have fun. Hopefully some of that can translate over to you voyeuristic freaks.”

Seong-hun is alive as of Chapter 5. 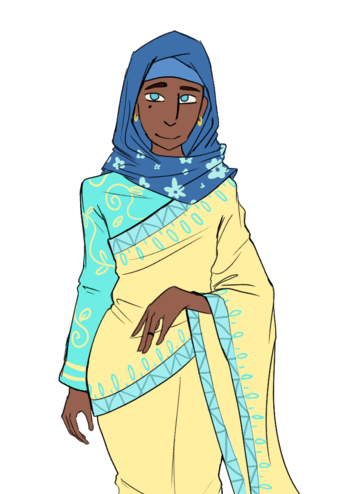 The Halcyon
"I am enthused to be of all your acquaintances and hope we can all get along splendidly."

Noor is the first victim of Chapter 1, found hanging from the fountain in the lobby. 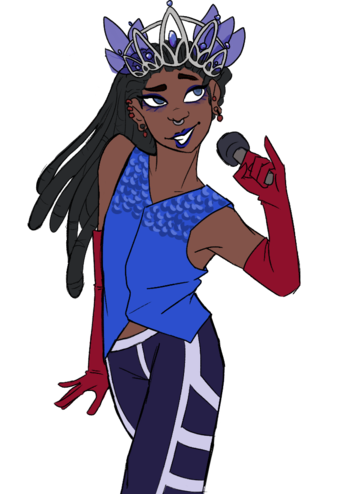 The Joke
"Since a lot of you watching this know nothing about me, I’m Jay Kenyatta! I’m well known for going onto a stage and making people laugh. Some people call me a comedian, others call me a clown, but really you can call me whatever the fuck you want to!"

Jay is the second victim of Chapter 1, found chopped into pieces in Clucky's Corner. 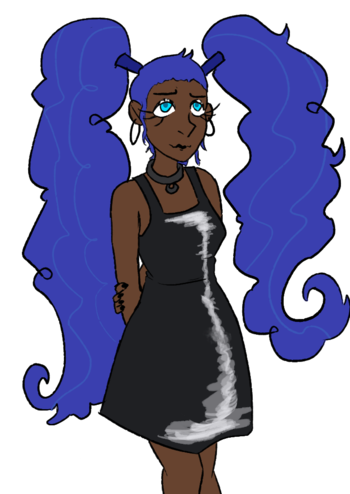 The Damsel
"I was, I was told I have to tell you I’m the, their best contemporary painter. Though, I dunno if I’m that good, eheh…"

Peach is alive as of Chapter 5. 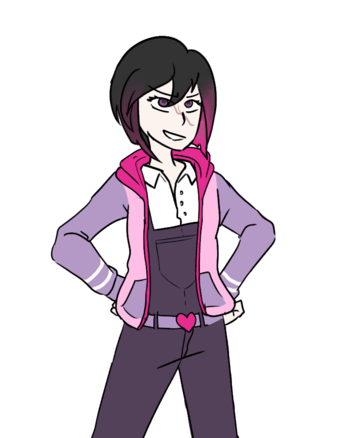 The Snowflake
"Um, yeah! I’m happy to be given this opportunity and I’m ready to get this show on the road and give it my all! I’m no pushover when it comes to a challenge, so don’t underestimate me!"

Minami is alive as of Chapter 5. 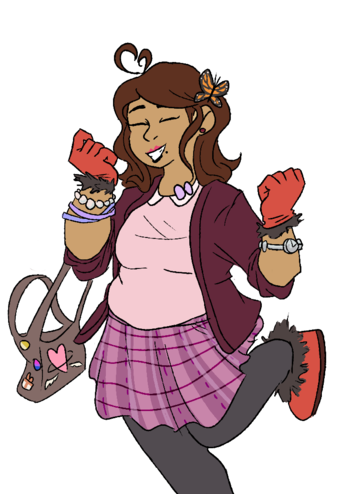 The Casanova
"My friends all know me as a real lady killer, but in the best way possible! I may seem a little bit soft-spoken, but be aware: my drop-dead gorgeous charms and wit can render any cute girl defenseless! ...Or boy, if you’re interested, ehe!"

Alessandra was the Chapter 1 culprit, killing Jay and Noor. She was executed in EVERY ROSE HAS ITS VICE - THE EXECUTION OF ALESSANDRA VALLADARES. 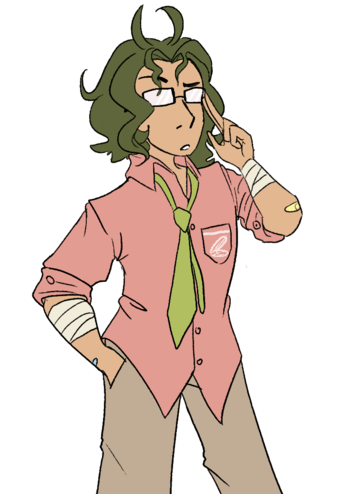 The Man in the Moonlight
"...Regardless, I look forward to meeting you all, and what have you. Let’s have a fair game. Pip pip, cheerio. ...I know you wanted to hear me say it. Don’t ask me for anything ever again."

Eden and Acedia were revealed to both be responsible for Ace Hauri's death in Chapter 3. Thanks to an audience and player vote, Eden survived. However, he was then killed in Chapter 4 while trying to kill Fyodor. 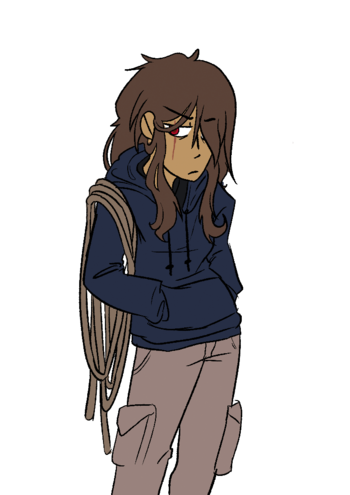 The Lonely Wolf
"If you're watching this at home, you're probably the exact type of person I hate, so that's great."

Lyra is alive as of Chapter 5. 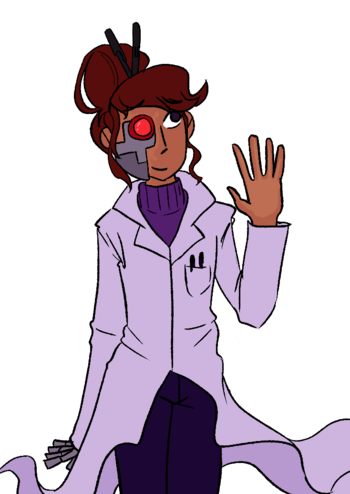 The Cyborg
"Uh, hi! I’m, my name is Osiris. I’m twenty two, I like writing and programming and making friends, and it’s nice to meet you all. I think. I want to go home. I need to fix it all. Is that all I have to say? Can you turn off the camera? I don’t want to—"

Osiris is alive as of Chapter 5. 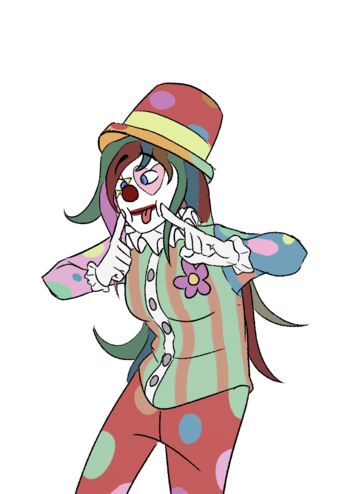 The Cheshire
"I know people think clowns are scary and stuff, but we’re not! Clowns just wanna make people happy! Seeing people smile and laugh because of you is the best feeling in the whole wide world! And that reminds me of something!”

Knick Knack, at the end of Chapter 2's trial, was revealed to be the mastermind behind the killing game. She then went on in the game until she was killed in Chapter 5 by Peach, by having weights fall onto her head from the force of gravity in the gymnatory. 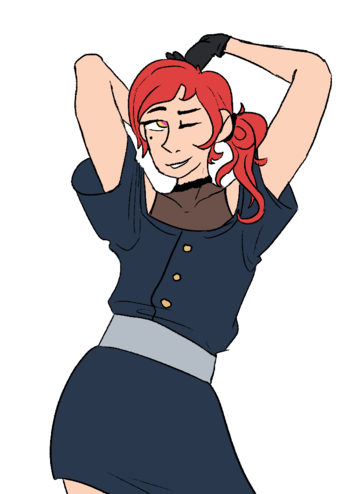 The Proteus
"Qui sait; Who knows? Maybe one of you will steal my heart~. Haha!"

Acedia and Eden were revealed to both be responsible for Ace Hauri's death in Chapter 3. However, thanks to an audience and player vote, Acedia was voted to be executed. She was executed in Here Comes the Bride!!! 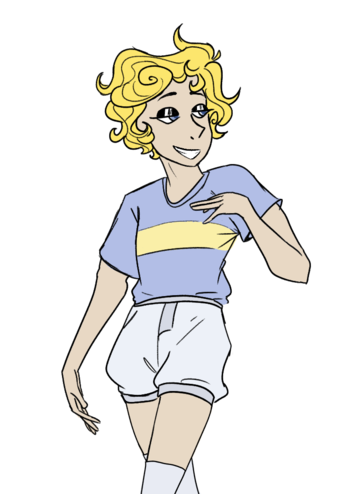 The Rodomont
"SURPRISE SURPRISE MY MOST ADORABLE FANS! It’s me, Broadway Stringer. I’m coming to you live from my million dollar dressing room, with only the finest of clothes from brands you can’t even afford."

Broadway was the Chapter 2 Culprit, killing Raiko and using a magic pendant to disguise herself as Raiko. He was executed in A Self-Titled Self-Entitled Show; The Performance to Pierce the Heart. 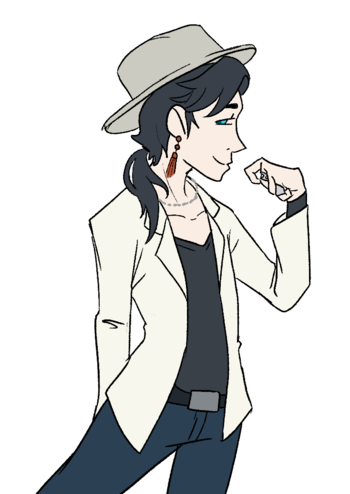 The Debonaire
"I am greatest treasure of Russia. I once had all of Moskva eating out of hand, charmed by me."

Fyodor was the Chapter 4 killer, having killed Eden and exorcized Mellow from Thalamus. He shot himself in the head before he could get executed. 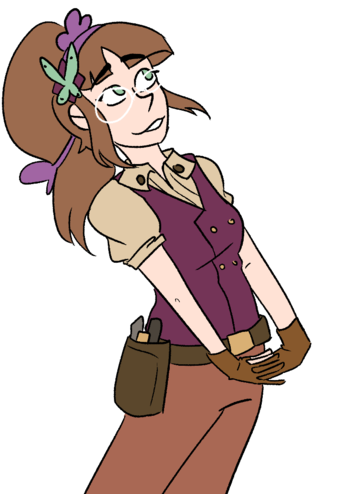 The Wisteria
"Okay, so I haven’t made all of those yet! But I’ve got a ton of ideas and not even death is gonna stop me from working to make them a reality!"

Piper is alive as of Chapter 5. 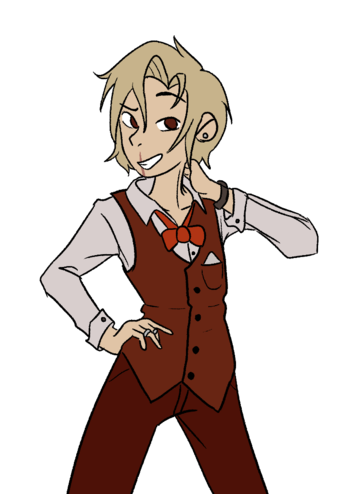 The Fast and Friendliest
"I’m excited to be here! I really want to get back to my job and my life, so if this gives me an opportunity to do that, I’m down!"

Raiko is the Chapter 2 victim, found as a skeleton in the middle of the piranha pond. 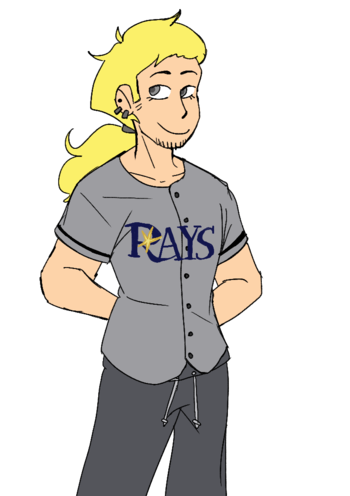 The Guiding Star
"I used to be an MVP hitter for the Tampa Bay Rays, but I also went out to schools ‘n stuff to pump up lil’ kids at assemblies and stuff. It was a lot more fun than it sounds, y’know! I’m real pumped up for this game, too, excited to see all ‘a them new faces!"

Ace is the Chapter 3 victim, pushing Eden out of the way of a falling piano as the lights fell to black, only to be found crushed under the piano upon them coming back up. 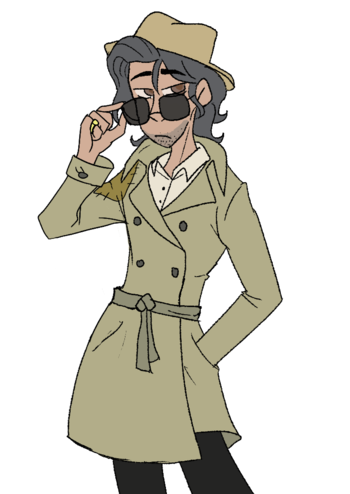 The Forgotten
"My name’s not important right now, and to tell you the truth, I can’t quite remember myself, but… my name’s Firstname Lastname. I’m a detective. That’s all you really need to know."

Firstname is alive as of Chapter 5. 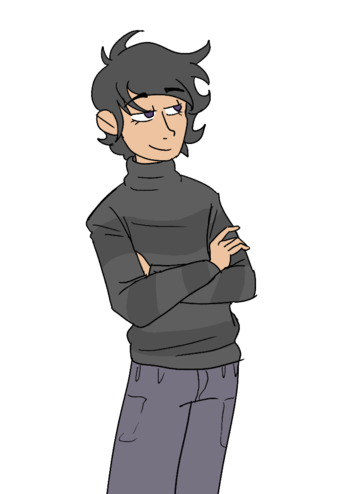 The Silver Tongue
"You’ve all probably got a bunch of different life stories. Some full of barely imaginable feats, some challenging and some tragic. Don’t think these ears aren’t open for some cool new material to work around with. I’ve already got a lot of poem series planned for when I get back down to earth."

Mellow was revealed to be a demon inhabiting a man named Thalamus in Chapter 4, after it was learned that Fyodor exorcised him. He still lurks around in the shadows, just without a host, now. 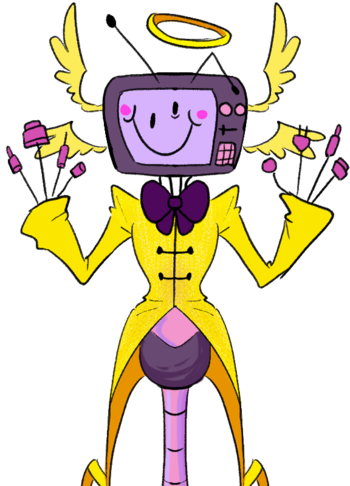 Your Gracious Hostess
"Though I am no Angel. I am Just A Host!!!" 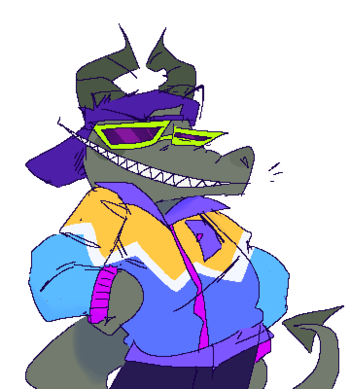 The Lovely Assistant
""Sup, broskis? Told you I'd show up eventually."

Winds up dying after ingesting something poisoned cookies during the Chapter 5 trial. It is unknown who killed him. 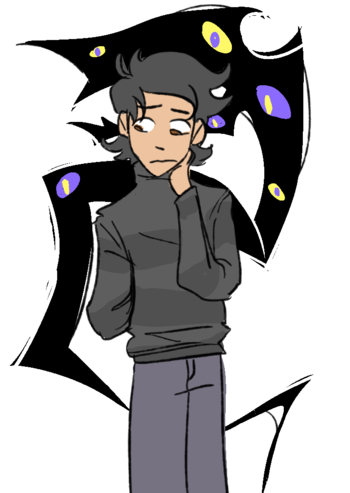 Thalamus came into the game at Chapter 4, after having Mellow exorcised from his body by Fyodor. He is alive as of Chapter 5.

The Grin Reaper
YOUUU SLUTS! I had one. ONE! Agreement for this WHOLE ORDEAL! And it was that SHE! DOESN'T DIE!