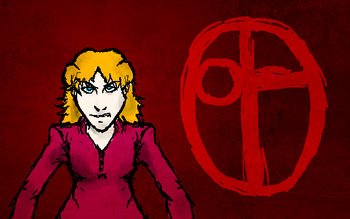 'I have a feeling...'
The first, hot-blooded and intuitive character introduced. Kate tries to be the de-facto leader of the group, but this doesn't work out most of the time. She wants to organize their efforts to get out, and keep their humanity. Not always kind, but attentive and (usually) level-headed, Kate will do anything to keep her compatriots (especially Daniel) in line. Boisterous, loud, and overbearing, Kate makes best of her photographic memory... most of the time. Despite occasional fear, she is usually the first member of the group to dive head-first into any situation. Reckless to a fault, she would always prefer the straight-forward approach to any kind of subtle strategy, but when the going gets tough, her power can call the other players to her side and give any dire situation a (fighting) chance.
Joe Verger 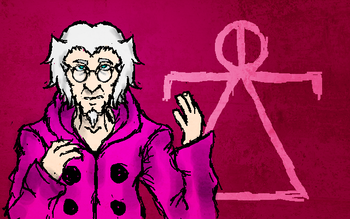 A former successful writer who is the second character introduced. Occasionally slips into long monologues about prose. He is only depressed when he can't lift anyone else's spirits, but he thinks that it means he has to try harder.
Seth Turner Sato 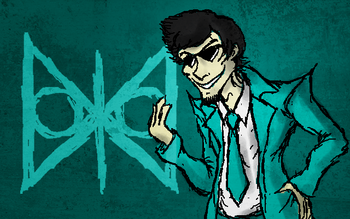 A mysterious man who acts as a complete jerk to the other characters. A staunch perfectionist, he is characterized as being single-minded and practically obsessed with...himself. He's the first to fall into despair, changing him into a Butterfly of Death and Rebirth.
Connor Cavanagh 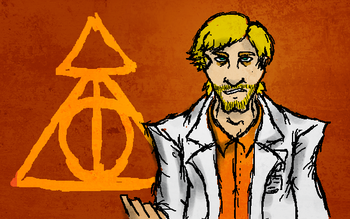 A highly intelligent thinker and zoologist who relies on logic and reasoning to solve problem. He is willingly to stand by anyone who needs a companion, which he had to do often due to Seth. While loyalty and faithfulness has to be a standard thing the facility asks from the players, Connor is an exceptionally true friend in the most literal sense. He's perfectly content to either talk with someone else about their lives before the facility (or what they remember of it), charge into a fight if Seth??? rears his head, or simply provide some companionship to a person in need. This multifaceted scientist may not win best in show, but he's got it all where it counts.
Thalia Parik 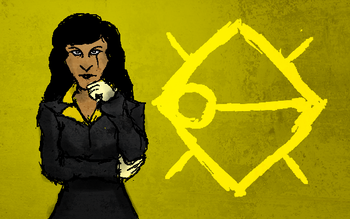 A famous violinist taken away in the middle of a tour. 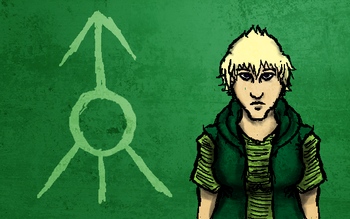 'I'm not the cheeriest of you. Go figure.'
The Stoic of the cast. She's perfectly aware where she's trapped in, and not happy about it. Despite her antisocial traits, she's not above putting her healing hands into action on special occasions, even if she pretends not to like it.
Abigail Faust 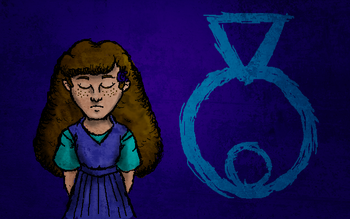 A blind 11-year old girl who is also the youngest spirit medium ever. Small though she may be, but she (mainly because she has to) always tags along with the bigger players in their games and adventures they are forced to play.
Daniel Nox 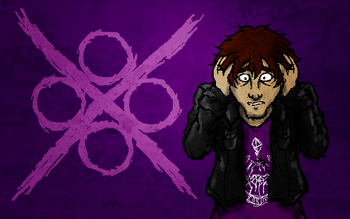 The unluckiest player of the bunch. Not only has he lost his keycard and thereby the entrance to his room, but he's also a walking disaster who can't walk three steps without falling down or accidentally breaking something. In the worst cases, such as when he was running from Seth, who recently fell into despair, he'll trip and fall on top of his crush, Kate. It should be noted, though, that he isn't hated by fans.