Not to be mistaken by the HTK fanfic spin-off Cute Toot House by Yoshizilla-Rhedozaurus. The HTK verse CTH heavily differs from Yoshizilla's version of the CTH.
Pit Leventis
Palutena
Toadette
Claus
Lana
Other CTH Members

The League of Super Evil:

Yoshi
Icarus Leventis
Icarus Leventis is the father of Pit and Dark Pit in the story as well as the main villain. He is first introduced as the mastermind in the twelfth chapter, wanting to destroy his children in the process, even if it means using others to obtain his goal. Not much is known about Icarus besides the fact that he is an extremely cruel individual whom has no regards or feelings for anyone whatsoever. He was the main reason Palutena and her friends broke up in the first place as well as being responsible for the murder of half of their senior class in high school. Icarus also happens to enjoy hurting disabled people, being offensive and loves men's rights. It is later revealed that Icarus is actually Kid Icarus from Captain N: The Game Master all grown up.
Ganondorf
Erebus
Other Big Bads 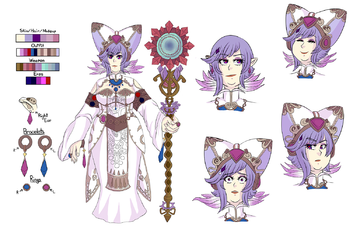 An artist's rendition of Kynthia
The mother of Shia, Cia and Lana, Kynthia is the Goddess of Time and bears its essence. She is fairly strict throughout the beginning of the story, even berating at Cia for refusing to get an job. Kynthia despises the color black, Hot Topic and most of all "BLACK NAIL POLISH!!11!11!" At first, she sees the Krew as nothing but an nuisance however later on, she warms up to them. Kynthia is known to be an devout Christian however isn't noteworthy like Sara. It is later revealed that she's been actually worshiping Goku the entire time.
Shia
Other Lancia Family Members

Characters in the HTK sequel: