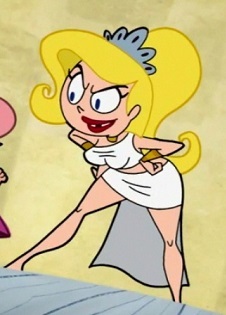 The goddess of chaos. She possesses the powerful Apple of Discord, a golden apple which can transform into any shape to perpetuate chaos. Grim used to have a crush on her during earlier episodes, but later changes his mind, claiming her to be a "psychopath". She is also in love with Hoss Delgado, who reciprocates but finds her to be too dangerous.

An old arch-enemy of Grim's since middle school, and a former school bully, Boogey played pranks on Grim throughout his school career. Boogey is, in fact, the Boogeyman himself, and can shapeshift in order to scare people. Unfortunately, though, he is completely unable to scare kids because they have become desensitized by modern media. 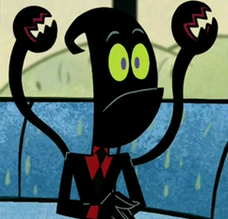 A black-skinned supernatural being with green eyes who wears a business suit. He has the ability to shapeshift, with which he can create several tentacles from his back that can electrocute his victims or turn them into beings looking like himself. What Nergal desires most is having friends, once stating that it is quite lonely in the center of the world. However, he gets better once he starts a family. 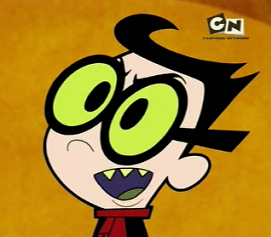 The son of Nergal and Billy's aunt Sis. As a result, he is Billy's first cousin. 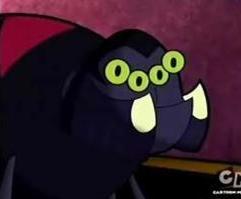 A man-sized spider that Billy hatched from an egg who quickly imprinted on Billy. Later tried to "grow up", with mixed results, and joined Underfist.

A dimwitted, pale green, bipedal furry otherworldly creature resembling an elephant with stubby horns and the tail of a devil. Ends up forming Underfist just via a drawing. 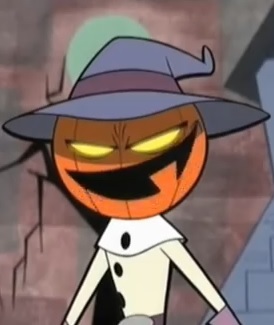 The main antagonist in the Halloween special, Billy & Mandy's Jacked Up Halloween. 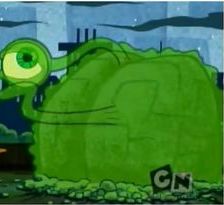 A strange alien meteorite that arrives in Endsville in, Little Rock of Horrors. His goal is to devour the brains of everyone he finds and enlists Billy (who is brainless) to bring him fresh victims. 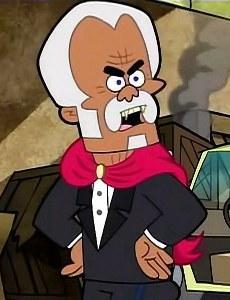 A vampire that was Grim's childhood hero. 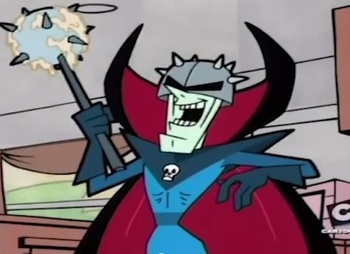 Grim's (former) destructive servant. He's unfailingly loyal to whoever he considers his "master", as shown with Grim and later Mandy. 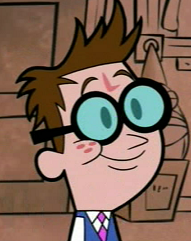 A Harry Potter parody who resides at Weaselthorpe House at Toadblatt's School of Sorcery.

Voiced by: John Vernon, Ronnie Schell ("Nigel Planter and the Order of the Peanuts")

The dean of Toadblatt's School of Sorcery. 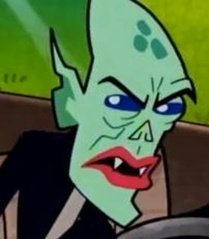 A creepy man who's after Nigel Planter, but only to inform him of his future as the head of a peanut conglomerate. 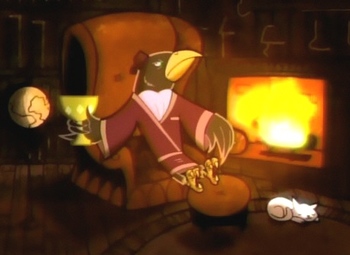 A raven that occasionally narrates episodes. 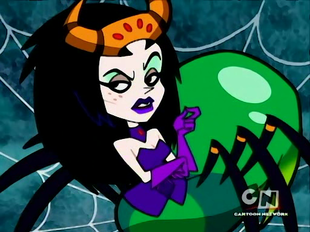 A spider-woman who holds a grudge against Grim for winning the title of Reaper instead of her.

The Spider God of Anger, who appears as a minotaur with the legs and abdomen of a spider. 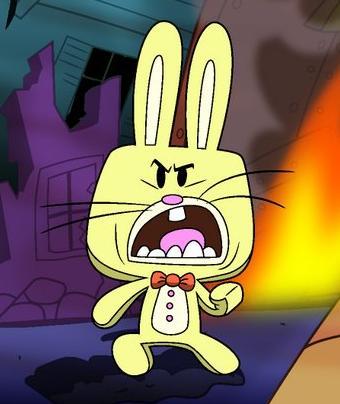 An evil marshmallow bunny who is the main antagonist of Underfist.