open/close all folders
The Main Goonies

A group of lovable misfits from the Goon Docks. They are all facing foreclosure on their homes due to a certain Elgin Perkins' desire to expand Astoria's Country Club. Faced with the imminent loss of their homes and friends, the Goonies embark on an adventure to find the treasure of an infamous pirate, One-Eyed Willy, in a last ditch effort to stop Perkins. 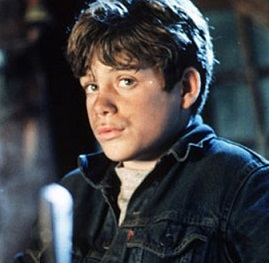 "Home? What home? In a couple more hours, it ain't gonna be home anymore. Come on, guys, this is our time. Our last chance to see if there really is any rich stuff. We've got to."

When the opportunity comes to go on an adventure to find Willy's lost treasure and save the Goon Docks, Mikey jumps at the chance. 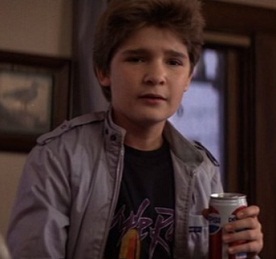 "Chunk, I'm pretty much ODing on all your bullshit stories!"

Talkative and abrasive Mouth very much lives up to his nickname. 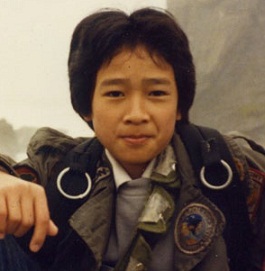 Amateur inventor who brings his smarts and gadgets along for the journey with his friends. 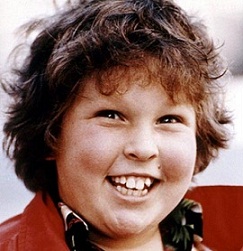 "Listen, okay? You guys'll never believe me. There was two cop cars, okay? And they were chasing this four-wheel deal, this real neat ORV, and there were bullets flying all over the place. It was the most amazing thing I ever saw!"

Chunk finds himself in the rare position of telling the truth about a police car chase he witnessed but finds none of his fellow Goonies willing to believe him. A lifetime of tall tales and pranks will do that.

Rest of the Gang 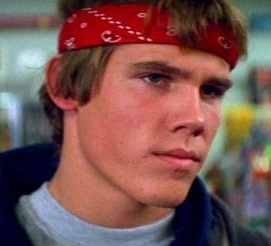 "Yeah sure he will. If he gets his next 400 paychecks by tomorrow afternoon."

Mikey's big brother, who as the eldest tries to be the most level headed of the group. Initially he's just trying to get Mikey back home safe but ends up swept up in the adventure too. 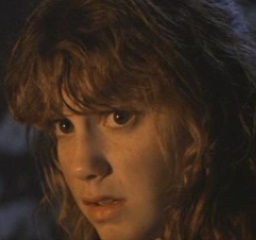 A cheerleader who is the Love Interest of the resident Jerk Jock but actually seems rather more fond of Brand. She ends up stumbling into their quest largely by accident. 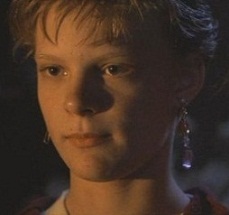 "This is ridiculous. It's crazy. I feel like I'm babysitting, except I'm not getting paid."

Stef's friends with Andy and, like her, doesn't usually associate with the Goonies. But she ends up following Andy and getting pulled into the quest anyways. 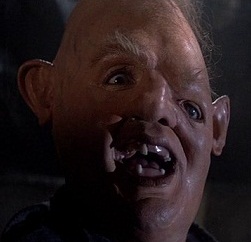 Sloth is a seemingly scary Madman in the Attic, but is revealed to be more of a Gentle Giant after becoming friends with Chunk. 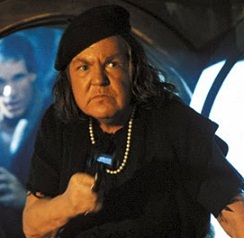 "Trust your dear old mother, boys. Throw 'er into four-wheel drive and hold on to your hats."

The leader of the Fratelli gang, and mother of Jake, Francis, and Sloth. 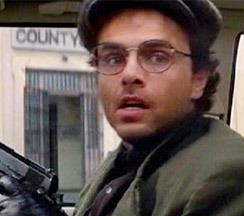 Wears a toupee but strongly denies it. Apparently the "favored" son. 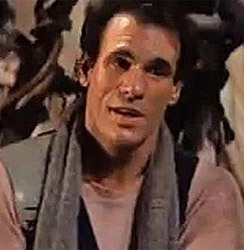 "Do you remember the time we were going to get your teeth fixed and we spent all of the money on Francis's toupee?"

Broken out of jail at the beginning of the movie. He has a particular fondness for singing Italian opera. 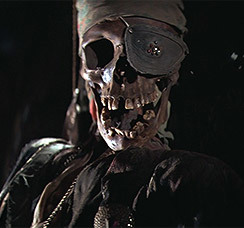 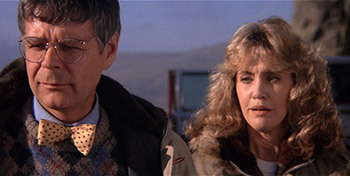 "Brandon, don't you come home without your brother, or I'll commit Hare Krishna!"

Mikey and Brand's parents. Both are seemingly distracted by both work and the impending eviction from their homes. Irene is very protective of Mikey and might even be exaggerating the extent of his asthma. Irving is the curator of the local history museum. 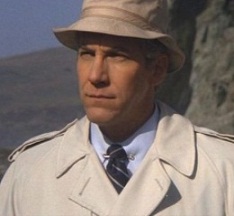 "Alright, Walsh. Today's the day, so let's get this over with."

Despite having a relatively minor role in the movie, Perkins is actually the main threat to the Goonies' way of life. He wants to develop a golf course where the Goon Docks are currently located. 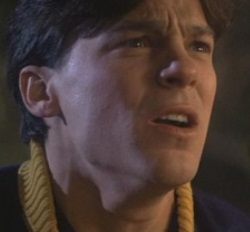 "Come on, Walsh, we don't have all day. There's fifty more houses to tear down after yours."

The resident Jerk Jock and son of Mr. Perkins. He has a crush on Andy and isn't shy about admitting it. He takes great delight in tormenting the Goonies and openly revels in their eviction at his father's hands. 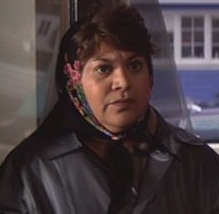 An Hispanic cleaner hired by Mikey's mother to help them move out and leave the house clean "before they knock it down." She doesn't speak any English. 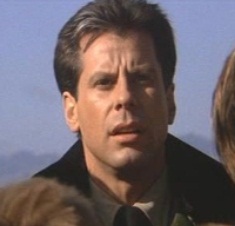 "Just like that last prank about all those little creatures who multiply when you throw water on them."

Understandably (and justifiably) doesn't believe Chunk when he tells him he's locked in the Fratellis' basement. That is, until the phone call gets abruptly cut off, causing him to believe something is amiss. But he still doesn't believe in the pirate ship until he (and everyone else) sees it out on the sea.