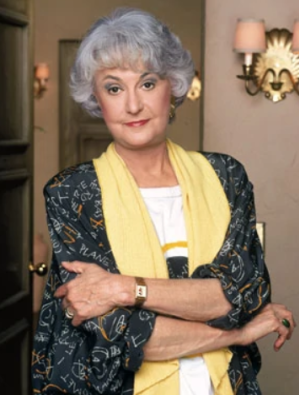 A substitute teacher from Brooklyn, New York who is very well-read with a rapier wit, but prone to arrogance and being a Deadpan Snarker; even so, Dorothy tends to be the most grounded of the four titular girls.
Advertisement:
Blanche Devereaux 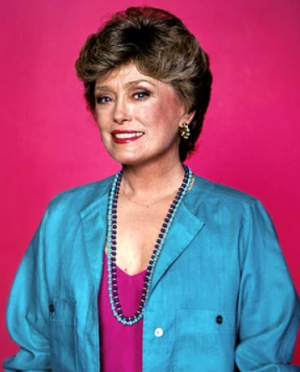 A native of Georgia who owns the house the girls all live in. note  Originally—later in the series, she sells each of the girls a share of the house to circumvent a law against having too many renters, and to truly show they were all family. A distinctly Southern Femme Fatale who scoffs at the idea that a woman can't have a sex life after 50 (or 40, or however old she says she is that day).
Rose Nylund 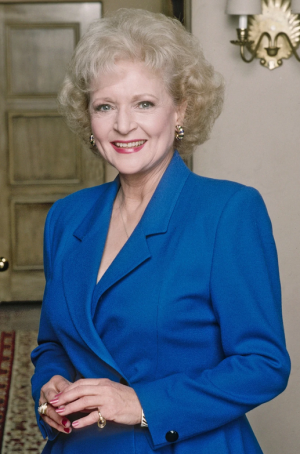 A simple farmgirl from the fictional St. Olaf, Minnesota, Rose moved to Miami to start over after the death of her husband. She has a tendency to be slow on the uptake and has a more cheery disposition than the others, but that doesn't keep her from getting a good snark in.
Sophia Petrillo 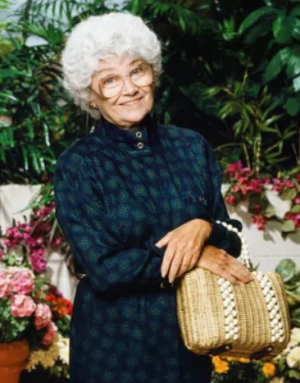 Dorothy's acerbic mother, who immigrated from Sicily to Brooklyn as a young woman. She suffered a debilitating stroke a few years before the series started. Dorothy (happily) placed her in the Shady Pines nursing home for a few years, but it burned down in the first episode, leading to Sophia moving in with the girls.
Advertisement:

Dorothy's ex-husband. He originally left Dorothy two years before the show began to marry a young flight attendant named Chrissy and live on Hawaii. However, he eventually moves to Miami and proceeds to be a lingering frustration in the lives of all the girls.