Characters / The Flintstones
aka: The Pebbles And Bamm Bamm Show

The Modern Stone-Age characters of The Flintstones. 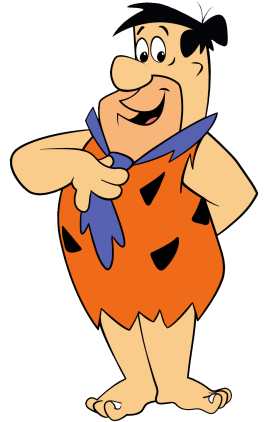 Fred is the main character of the series. He's an accident-prone bronto-crane operator at the Slate Rock and Gravel Company and the head of the Flintstone household. He is quick to anger (usually over trivial matters), but is nonetheless a very loving husband and father. He's also good at bowling and is a member of the fictional "Loyal Order of Water Buffaloes" (Lodge No. 26), a men-only club paralleling real-life fraternities such as the Loyal Order of Moose.

Wilma is Fred's wife. She is more intelligent and level-headed than her husband, though she often has a habit of spending money recklessly (with Betty and her catchphrase being "Da-da-da duh da-da CHARGE IT!!"). She's often a foil to Fred's poor behavior. 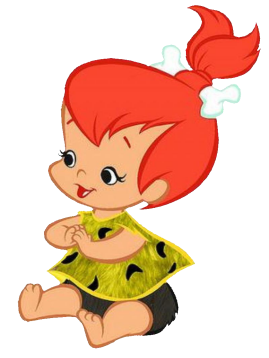 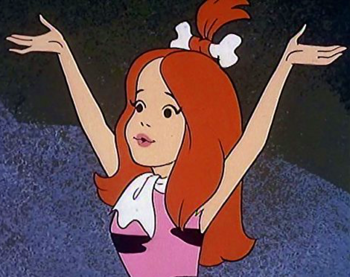 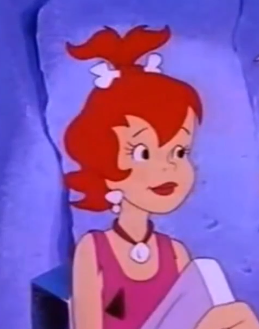 Pebbles is the Flintstones' daughter, who is born near the end of the third season. 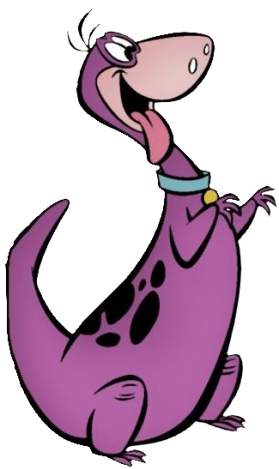 Dino, a prosauropod dinosaur, is the Flintstones' pet that barks and generally acts like a dog. A running gag in the series involves Dino knocking down Fred out of excitement and licking him repeatedly. Though this irritates Fred a lot, he generally likes Dino very much.

Barney is the secondary main character and Fred's best friend and next-door neighbor. His occupation is, for the most part of the series, unknown, though later series depict him working in the same quarry as Fred. He shares many of Fred's interests such as bowling and golf, and is also a member of the "Loyal Order of Water Buffaloes". Though Fred and Barney frequently get into feuds with one another (usually due to Fred's short temper), their deep fraternal bond remains evident.

Betty is Barney's wife and Wilma's best friend. Like Wilma, she, too, has a habit of carelessly spending money. 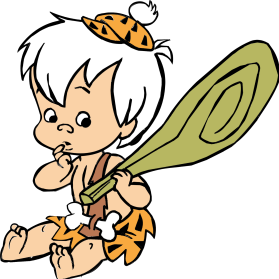 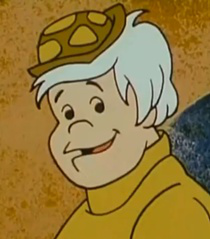 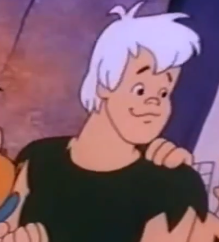 Bamm-Bamm is the Rubbles' abnormally strong adopted son, whom they adopt during the fourth season.

Hoppy is the Rubbles' pet hopparoo, a creature that is part kangaroo and part dinosaur. He appears in the premiere episode of the fifth season and becomes best friends with Dino. 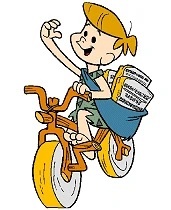 Arnold is a paper boy, whom Fred hates. 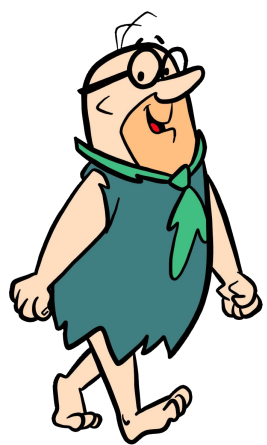 Mr. Slate is Fred's hot-tempered boss at the stone quarry. Though he is friends with Fred and Barney and often joins them for events such as parties, he is often not impressed with Fred's antics at the quarry, and has fired him on many occasions, only to give him his job back at the end of the episode. A running gag is his ever-changing first name, which has been presented as Sylvester, Nate, Oscar, and George. On the episode "The Long, Long, Long Weekend", which originally aired on January 21, 1966, he is shown as being the founder of Slate Rock and Gravel Company. The company is still in business two million years later and is being run by his descendant George Slate the Eighty-Thousandth. 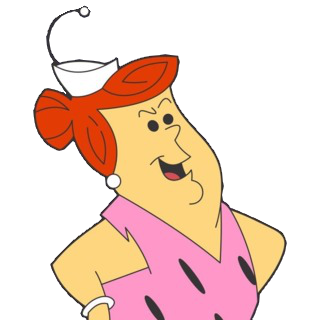 Pearl Slaghoople is Wilma's hard-to-please mother, who is constantly disapproving of Fred and his behavior. Their disastrous first meeting was recounted in the episode "Bachelor Daze", which originally aired on March 5, 1964. They briefly reconciled in the episode "Mother-in-Law's Visit", which originally aired on February 1, 1963. That is, until, she found out that she became Fred's "nice fat pigeon" when he suckered her out of money he need to buy a baby crib for Pebbles. They reconciled again at the end of the TV movie I Yabba Dabba Do. 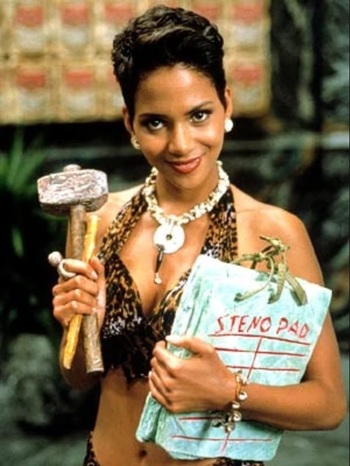