What follows is a list of characters that appear in The Flash (1990). This universe is briefly featured in the lead up to 2018's Elseworlds, as the Arrowverse's "Earth-90". 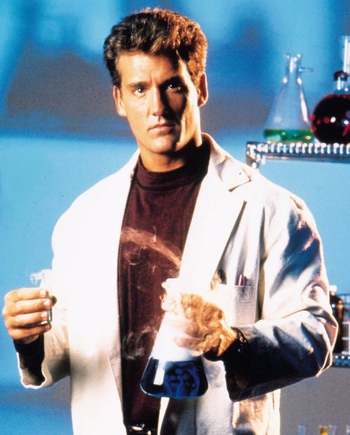 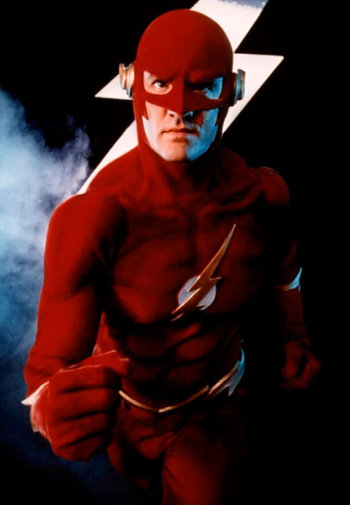 Click here to see his Flash Costume from Elseworlds 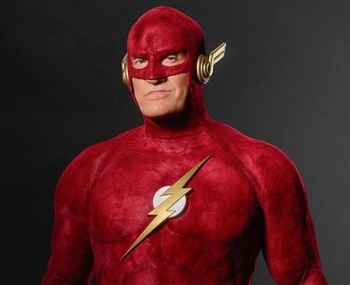 A police forensic scientist that is struck by lightning while working with chemicals on a stormy night. He is endowed with the ability of incredible speed which he uses to battle a menacing gang as a superhero. He later becomes a shadowy superhero to Central City, but a symbol of hope for its citizens. 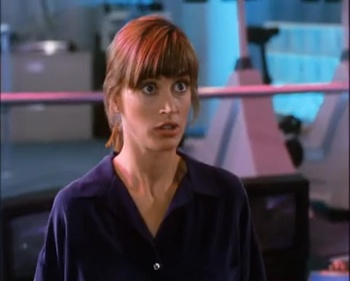 A S.T.A.R. Labs scientist who helps Barry. It's later revealed during Crisis on Infinite Earths that they were married prior to the destruction of Earth-90. 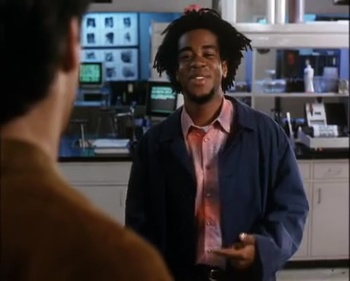 Barry and Jay's father and a former cop.

Barry and Jay's mother. She volunteers at a shelter for single mothers.

Barry's older brother and a patrol cop. He was killed in the line of duty by his former partner Nicholas pike.

An android who looks like a regular human woman. She's on the run from the government to avoid being used as a weapon.

A WCCN TV news reporter, known as the "Voice of the City". Kline often does tabloid-style news stories about the Flash and his exploits.

A Central City news reporter, asking the Central City police department about their response in dealing with all the gang attacks in the city.

A superhero with a Ring of Power.

A former cop and partner of Jay Allen. He now leads a gang of bikers.

A hacker from the mid-1950's, who thawed in the early 90s, and is an expert in broadcast television.

A killer who takes some strong inspirations from the previous Nightshade, who is drawn out of retirement to stop his deadly successor.

Professional thief who is an expert with mirrors and holography.

Infamous albino hitman known for freezing his victims to death with a nuclear-powered freeze gun. 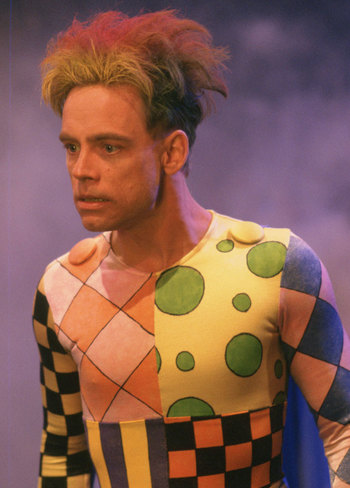 A psychopathic and delusional mass murderer and con artist.

Private investigator and repossession agent who became the first sidekick to The Trickster. 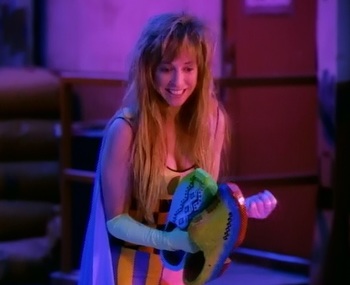 The second sidekick to The Trickster, and deeply in love with him.

A clone of Barry Allen, possessing all of his power and none of his maturity.

A police informant who gives Barry tips in criminals due to owing a “life debt” to his father Henry, which he extends to his two sons.