Characters / The End Is Nigh 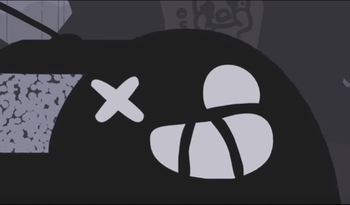 "It won't be easy, but I have nothing left to loose. Except my other eye. Oh well, fuck it!"
Voiced by: Rich Evans

The protagonist. A decayed blob thing who is seemingly the only survivor in a post-apocalyptic world. After his favorite video game breaks, he sets out on journey to make a friend. 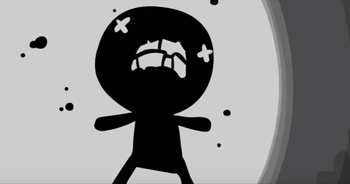 Ash's "friend", which is really just a dead body he put together. 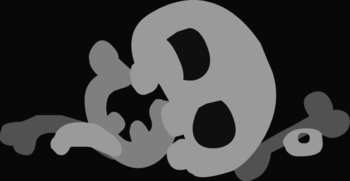 "We are fucked dude."

NPCs found throughout the game, who as their name suggest, are human skulls. They either give Ash advice on how to jump or just say random things.

NPCs found mostly in the secret rooms. They really don't help you with much other than provide random dialogue. 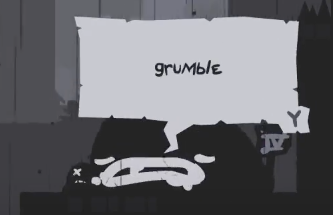 "You reek of sadness! Please poke your head into the Future!"

Giant headblobs found throughout different levels. They teleport the player to Future levels.