The Kingdom of Katolis 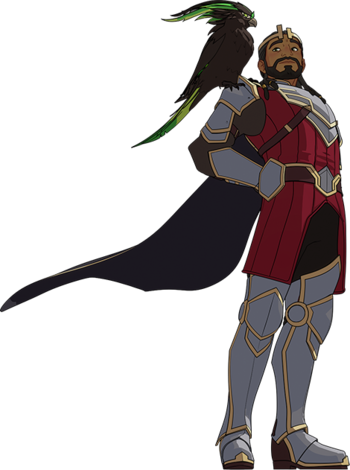 The king of Katolis, and the father of Prince Callum and Crown Prince Ezran. 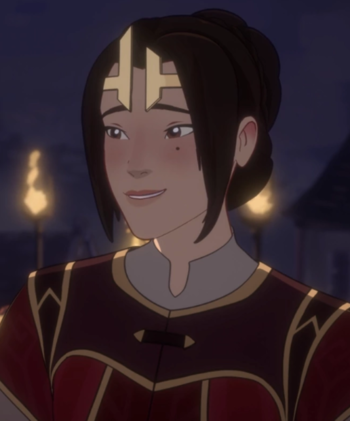 The deceased queen of Katolis. She was King Harrow's wife, the princes' mother, and General Amaya's sister.

A lord and high mage that served under King Harrow. He is the father of Soren and Claudia. 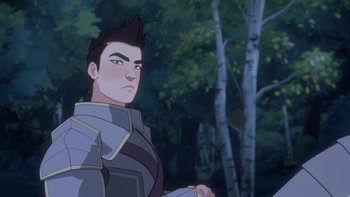 A knight in the Crownguard. 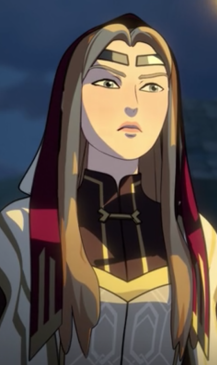 A member of the Katolis High Council. He allies himself with Viren in season 3. 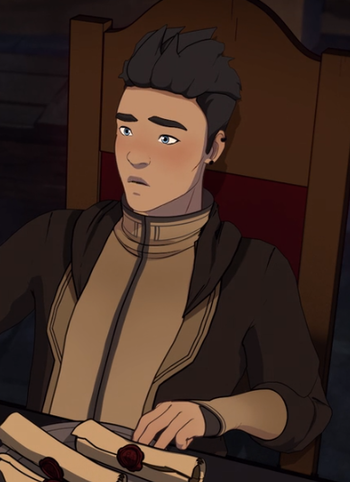 A recently promoted young man that takes care of mailing in the castle of Katolis. 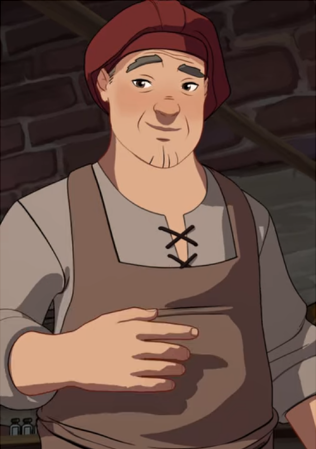 The royal baker and chef of the castle. For many years he has endured Ezran's love of jelly tarts and the young prince's routine attempts to steal them.

She doesn't believe in locks.
Voiced by: Nobody
"I've slain monsters before."

The princes' deaf aunt, her ferocity in battle has earned her the title of being one of the Katolis Army's highest-ranking generals. 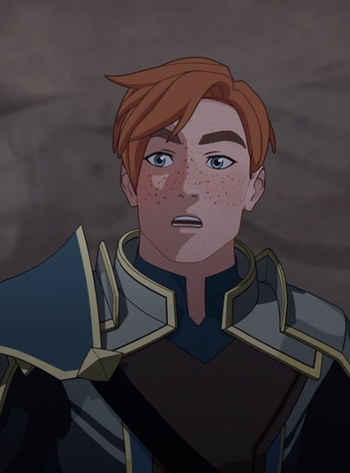 General Amaya's most trusted lieutenant, as well as her sign language interpreter. Despite being in the army, he does not carry a weapon and is a diplomat rather than a fighter. 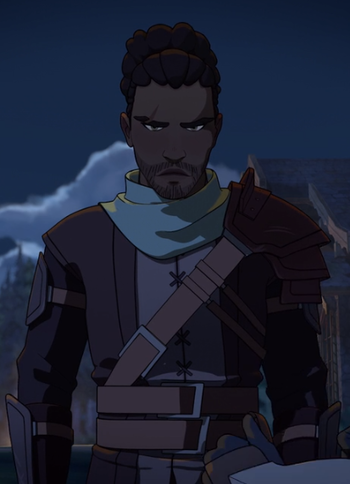 One of General Amaya's soldiers. A skilled tracker ordered to find the princes and rescue them. 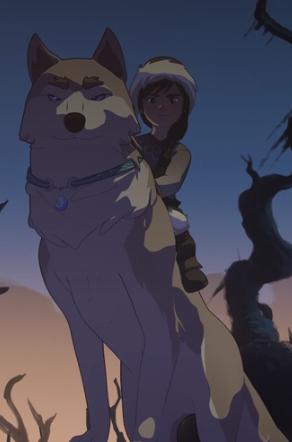 A young girl from a mountain village who found and nursed an injured wolf pup back to health, naming her Ava. The two are an inseparable duo.

A kind village doctor the heroes seek out following an accident with the egg.

A man in a village that brags about his prowess in combat, which seem to come from a dagger made by sun elves. 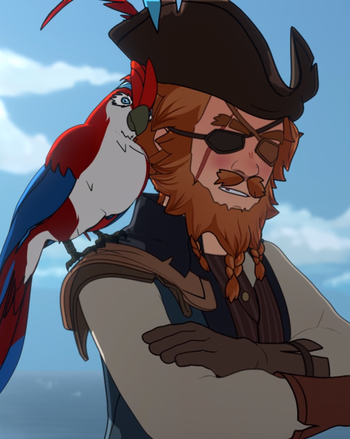 The captain of the ship Ruthless that Rayla and the Princes hire to get them across a bay. 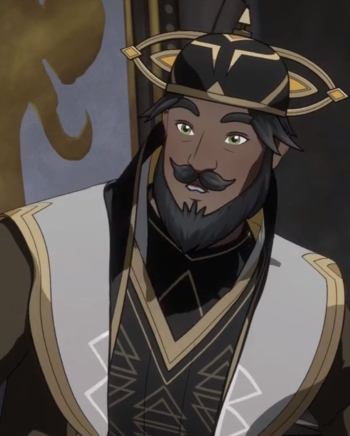 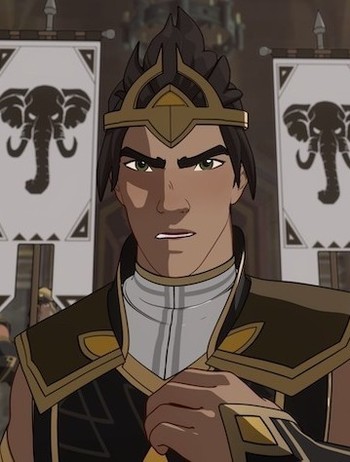 The prince of Neolandia and the eldest son of King Ahling. 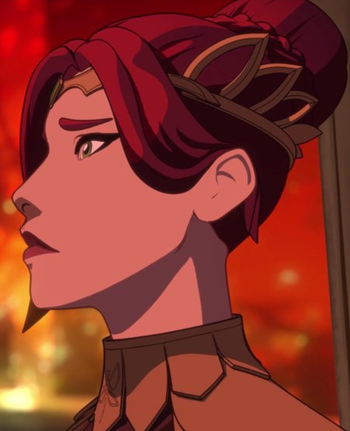 The Kingdom of Duren 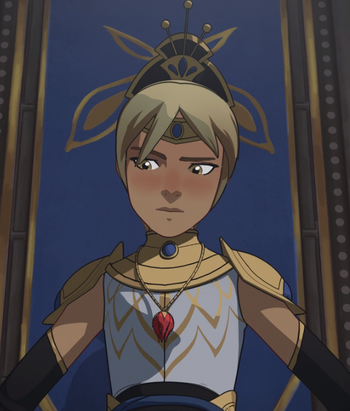 The queen of Duren. She rules Duren after the loss of her mothers. She is underestimated by others due to her youth, but proves to be smarter than what others believe. 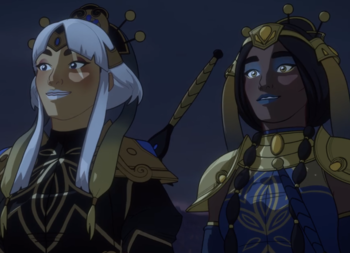 The former queens of Duren and Aanya's mothers.

The Kingdom of Del Bar 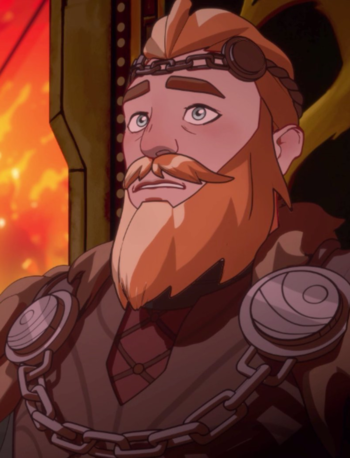 The king of Del Bar.