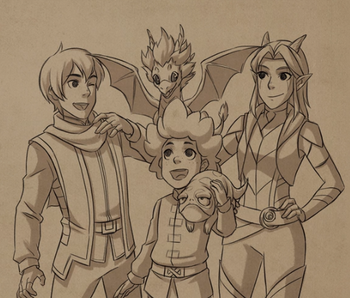 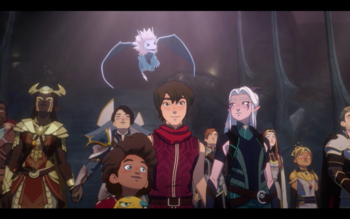 The main characters, a group composed by the two princes, Callum and Ezran, the prodigy elven assassin Rayla and the pet Bait. As of "Wonderstorm", the titular Dragon Prince, Azymondias, is added to the group.

His bravery will be tested.
Click here to see Callum's appearance at the end of Book 3 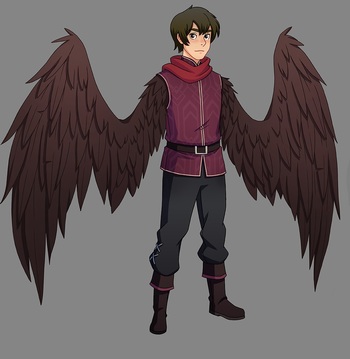 The older half-brother of Crown Prince Ezran of Katolis. He is a prodigy when it comes to magic, very quickly picking up spells and abilities, such as flying, during the journey to bring the Dragon Prince home.

The younger brother of Prince Callum, and the Crown Prince of Katolis.

A Moonshadow Elf, sent to assassinate King Harrow and Crown Prince Ezran. She is very fast, strong, agile, and skilled in combat, but has never taken a life. 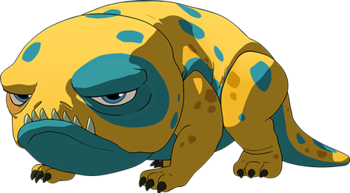 Grumpy, but loyal.
"Say hello to my little friend!"
—Ezran 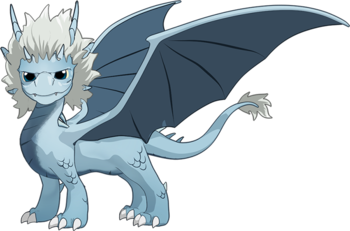 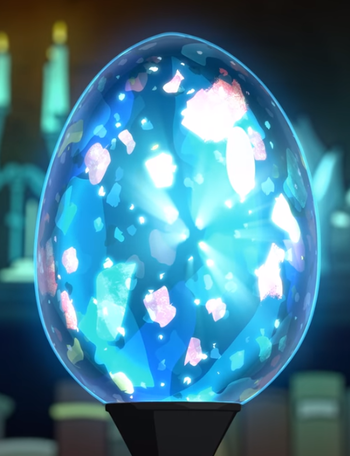 The son of Avizandum and Zubeia. Believed to be dead by both humans and elves, the Princes of Katolis and the elven assassin Rayla discovered his egg being secretly held in Lord Viren's quarters and set out on a journey to return him to his mother. He is hatched at the end of Season 1, and is named, presumably by his parents communicating to him prior to his hatching, Azymondias; the other characters typically refer to him as "Zym".

The youngest knight in the Crownguard ever, who trains Prince Callum in sword combat. He is the son of Lord Viren and the brother of Claudia.

A dark magic prodigy. She is the daughter of Lord Viren and Soren's sister.