Characters / The Cry of Mann

Characters featured in The Cry of Mann, Tanking Mann, and The Call Of Warr, as well as the callers in all three shows:

open/close all folders
The Cry Of Mann

The Mann family as a whole: 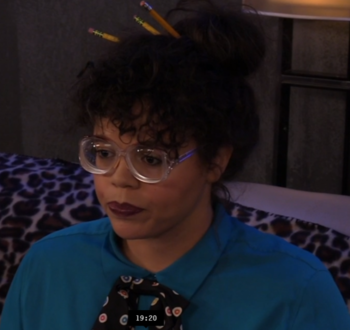 The eldest child of the Mann family, Berry is compassionate and hard-working, desperate to keep her father's company from going under in his absence. 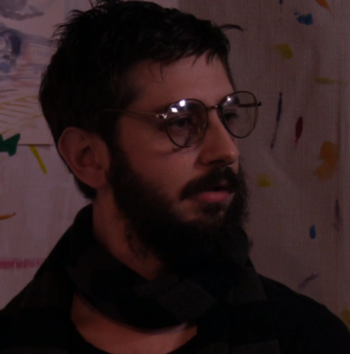 The youngest child of the Mann family, Jack is a quirky, obsessive artist who quickly becomes corrupted by the supernatural. 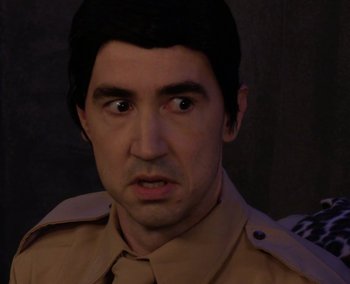 The middle child of the Mann family, Jouglat was originally a shell-shocked soldier fighting in the warr, only to be sent home under mysterious circumstances. 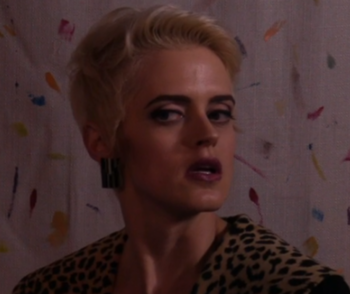 Tank Mann's second wife and the stepmother of his children, Courtney is vain and manipulative, and is working to destroy Mann Corp. 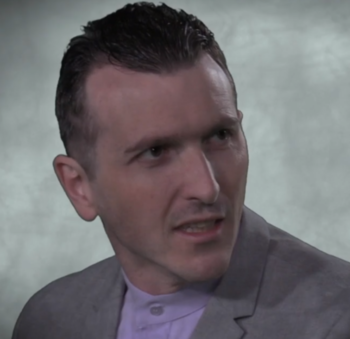 Courtney's assistant and partner-in-crime, Frank is temperamental and shady, working to help destroy the Mann family. 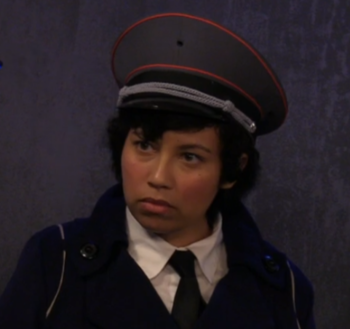 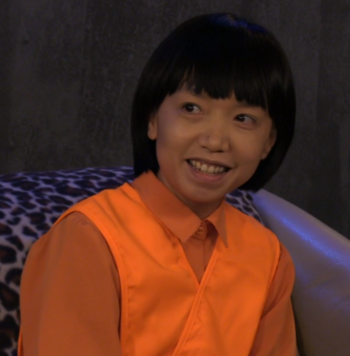 A benevolent, orange-wearing spirit who observes the Mann family's drama. 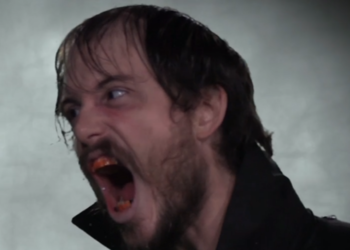 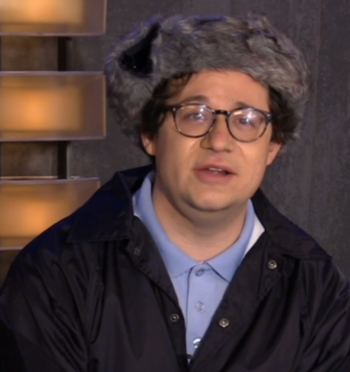 An enthusiastic, hard-working mailman who cares a lot about the Mann family, as played by Sam Weiner note who has his own section down below for his portrayal in Tanking Mann. 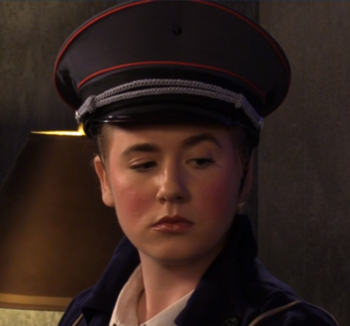 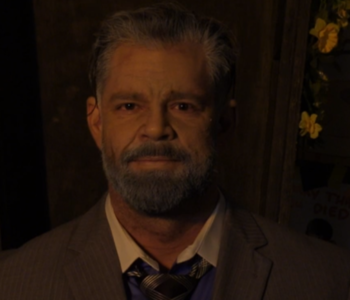 The disappeared father of the Mann family, and the founder of Mann Corp.

The Call Of Warr 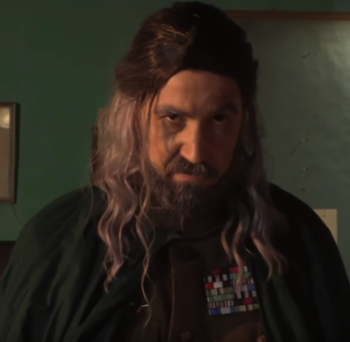 The old, wise leader of the soldiers, as well as an attempted scriptwriter. 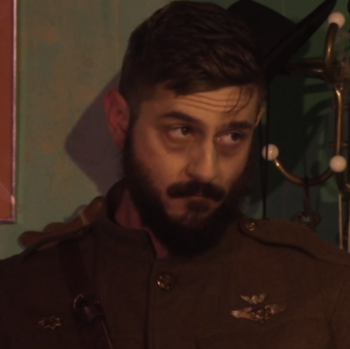 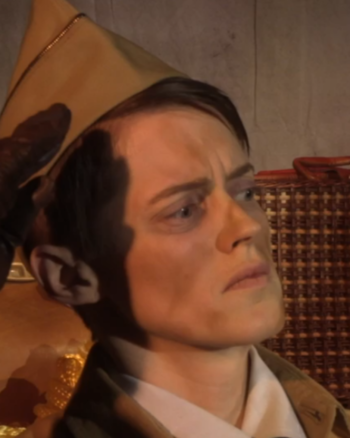 A romantic and awkward young soldier from the city. 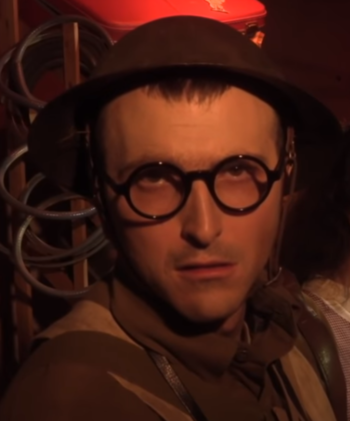 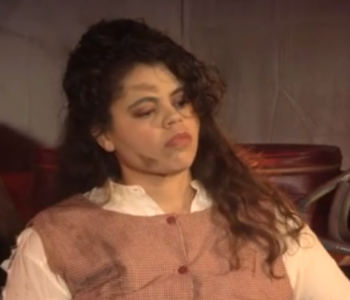 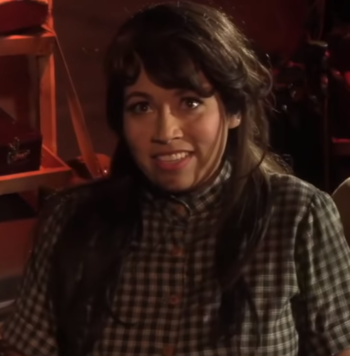 Played By: Jessica Garret (Mabel, above) and Lorelei Ramirez (Ashes, below).

A pair of women traveling with the soldiers and trying to hide their personal secret from them. Mabel is serious, distrusting and careful, while Ashes is more flirtatious and risk-taking. 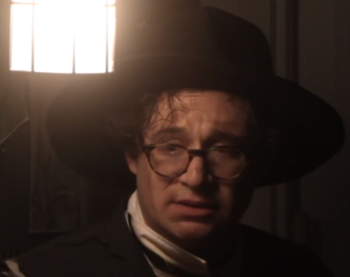 A hammy, shady man in black clothes, traveling with the soldiers. 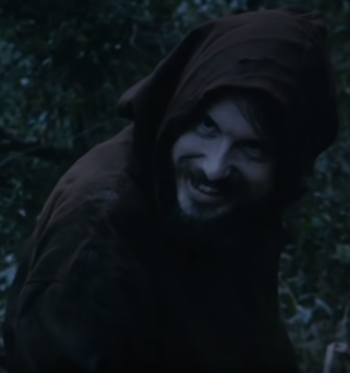 A strange, lonely priest, found in the train-station. 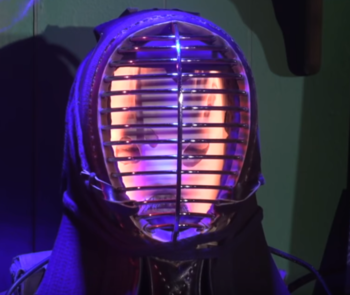 Played By: The Callers

A mysterious masked prisoner, voiced by the callersnote who have their own section below 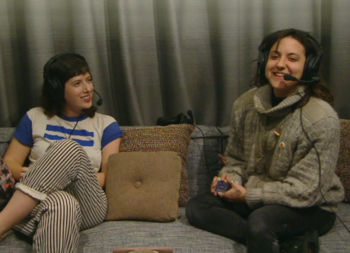 The hosts of Tanking Mann, who like to chat about their days and drink "La Colomba" coffee. 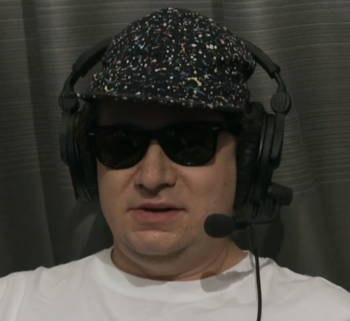 Plays the mailman on Cry Of Mann, Killsin on Call of Warr, and acts as a guest on Tanking Mann- playing a fictionalized and unlikeable version of himself.

Audience members who call into the three shows and talk to the characters, having the ability to affect the plot and uncover more about the universe. They take on a variety of roles.