In general
Advertisement:
The Protagonist 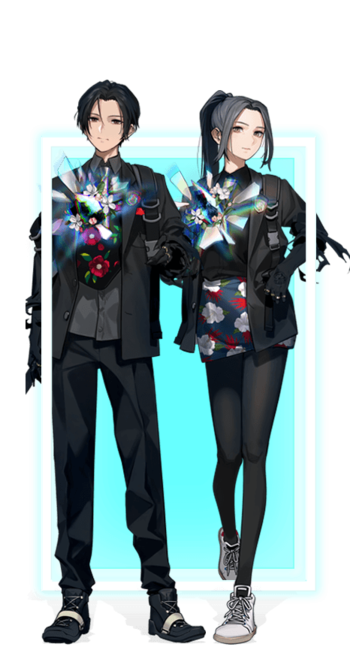 A second-year student at Tatefushi Academy senior high school. Leader of the second generation Go-Home Club that aims to escape from the ideal world of Redo. The protagonist was chosen as a partner by the virtuadoll χ, who plans to destroy Redo, and gives her half of their body. 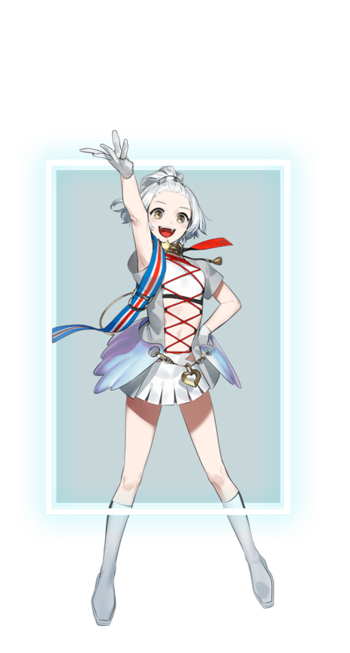 A virtuadoll, who opposes Regret and is trying to destroy the fabricated world of Redo. Feeling she is unable to fight Regret with her power alone, she chooses the protagonist who awakened to reality as her partner and lends them her strength. It seems she cannot fully understand human values as she is a prototype virtuadoll that never officially launched in reality. 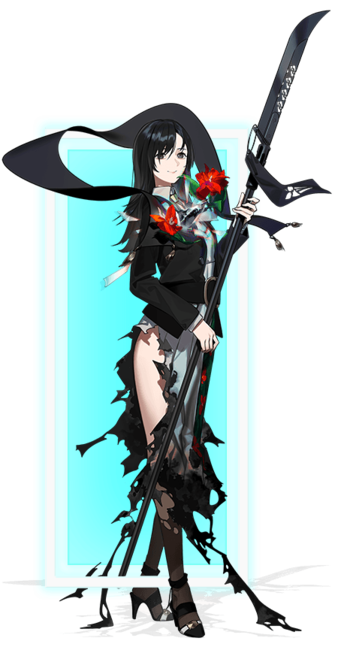 A third-year student at Tatefushi Academy senior high school. A beauty with a gentle personality who always has a grin on her face. She is treated as an airhead whose speech and conduct are often a beat behind those of everyone else. It is difficult to understand what she is thinking, but she has a strong love for the members of the Go-Home Club and shows exceptional dedication when it comes to putting herself at risk to protect her friends. 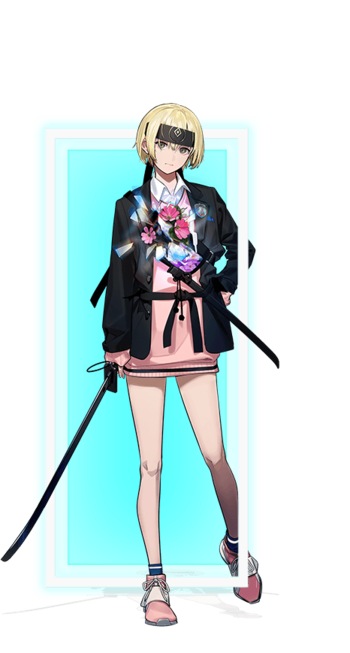 A first-year student at Tatefushi Academy senior high school. At first glance, people tend to fear her for her flashy appearance, class absences, and dry personality that does not pander to others, but she is the one with the most common sense in the Go-Home Club. She is highly capable and good for her improvisation, quick wit, and extraordinary courage, but dislikes being relied on and does not put herself out there as much as possible. 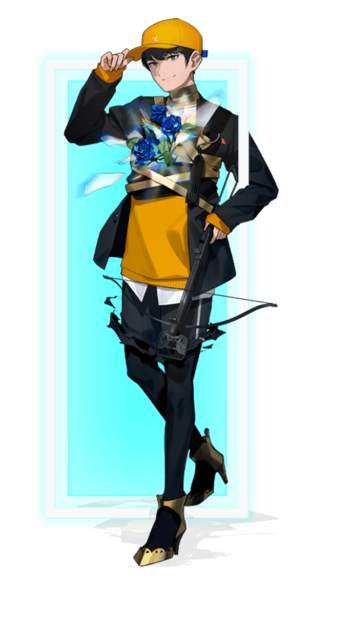 A second-year student at Tatefushi Academy senior high school and the protagonist’s classmate. A modern high school student who wears the latest fashions, and is driven by excitement and emotion. He is also manly and a good friend. He has a personality that allows him to read the room and be considerate, he has a number of friends both guys and girls. 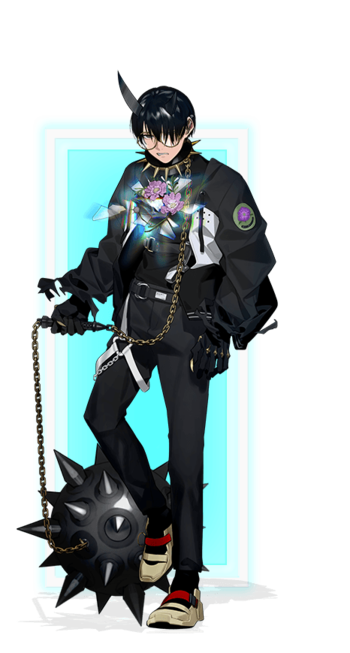 A third-year student at Tatefushi Academy senior high school. As his appearance suggests, he is a frivolous young man and school celebrity. He has an unshakable personality and will shamelessly say he does what he does for the sake of popularity, which earned him both consistent support from the guys and vigilance from the girls. He is proactive and inquisitive when it comes to his amusement, and refuses to do anything unpleasant. He is not very cooperative with the group. 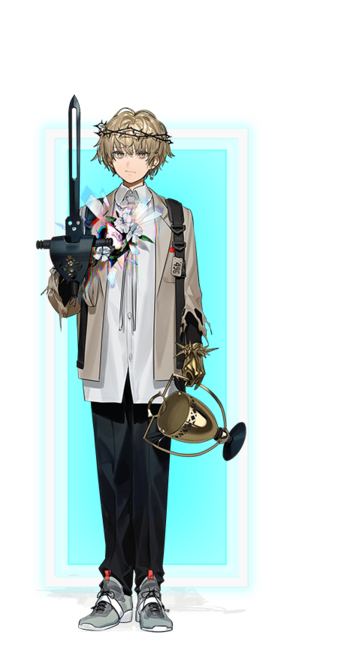 A third-year student at Tatefushi Academy junior high school. He has wisdom and knowledge beyond his years, so much so that the other students call him a boy genius. Since he is even-keeled and does things at his own pace, he tends to come off as cold at first glance, but is really not a bad person. He often clashes with others for saying things without sugarcoating, but they are often statements said considering the interests of the group. 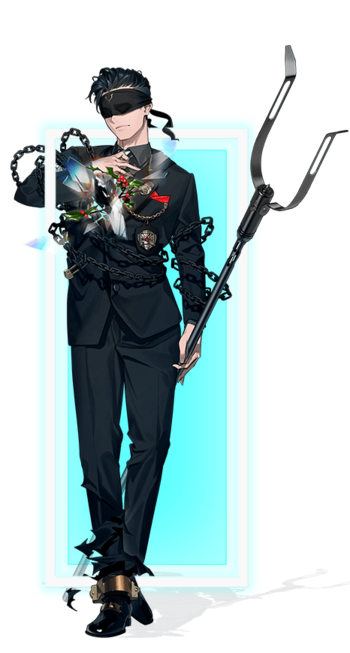 A third-year student at Tatefushi Academy senior high school. A straight-laced and stubborn member of the discipline committee who values order above all else. He is just and upright, and has a strong sense of responsibility, but can also be unreliable and blindly follows others, such as by immediately proposing a majority vote to avoid making a final decision himself. 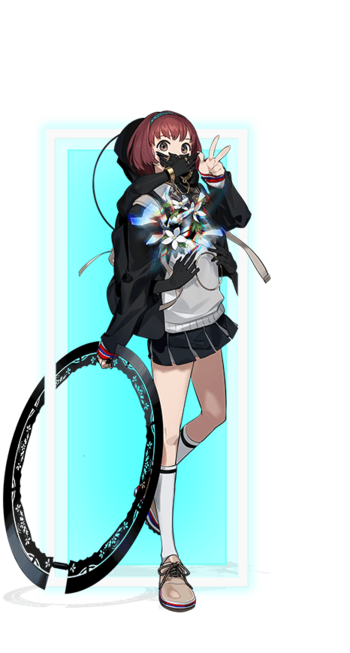 A first-year student at Tatefushi Academy senior high school. A bright and simple-minded girl. The optimistic type with a glow in her eyes who will interact with anyone and everyone with the goal of having more and more friends. Despite her proactiveness, she is not very skillful or good at contemplating or theorizing difficult things, and often goes in circles. 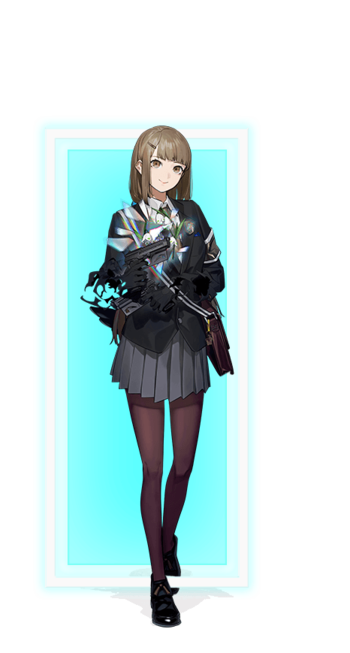 A second-year student at Tatefushi Academy senior high school and the protagonist’s classmate. A kind-hearted and helpful beauty with good grades and a no-nonsense demeanor. She is a model honor student, relied upon by the other students to the point that she was selected to become the Tatefushi Academy Student Council President in her second year. She cares for the protagonist however possible.

See, Wicked's folder for more information about her in The Caligula Effect.

Regret and the Obbligato Musicians 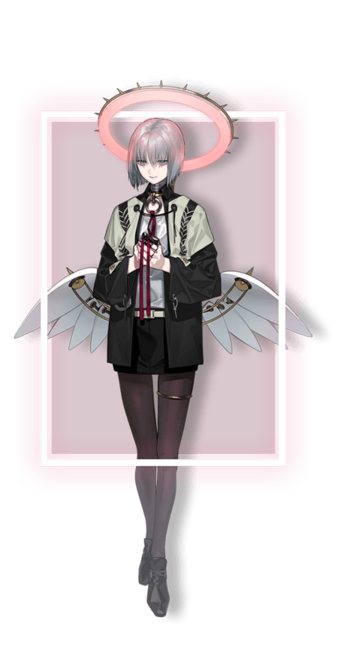 A mysterious virtuadoll that suddenly appeared to the world. Her origin and details are unknown, but her mysteriousness proved effective as she rose to fame and gained overwhelming popularity on video streaming websites with her mystical singing voice. With the power of that popularity, she created Redo, an ideal world without regrets, and has imprisoned those suffering in the real world in her virtual world.

In reality, she isn't actually a virtuadoll, but a sugar and spice human woman. Her real name is Sayoko Hitomi. 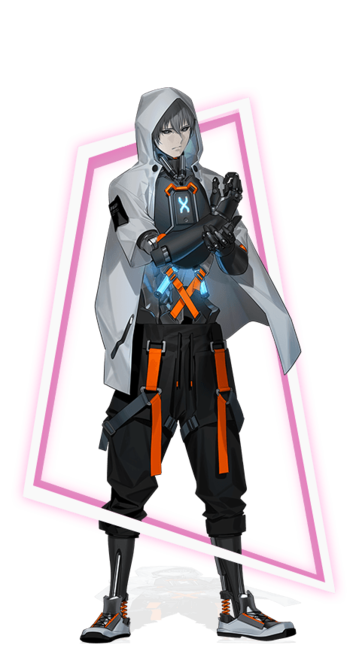 An android Musician who wished for a machine body from Regret. He is extremely loyal to Regret, and treats her orders as absolute. He never fails to patrol Redo to maintain public order. 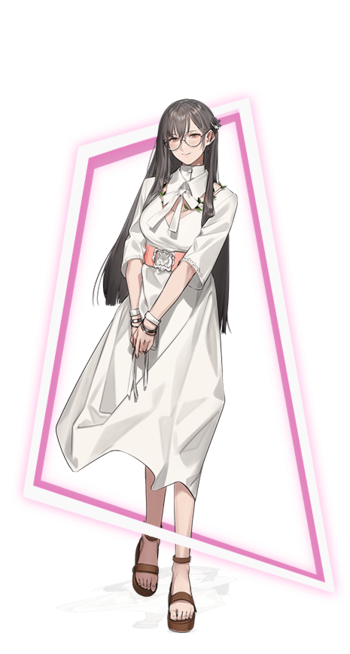 A cool, calm, and collected Musician woman who speaks very little. She is an artisinal musician who loves to spend her time surrounded by flowers, working silently to make music in the depths of her favorite garden. Her work room in the garden depths is an insular space sealed off from the outside world. 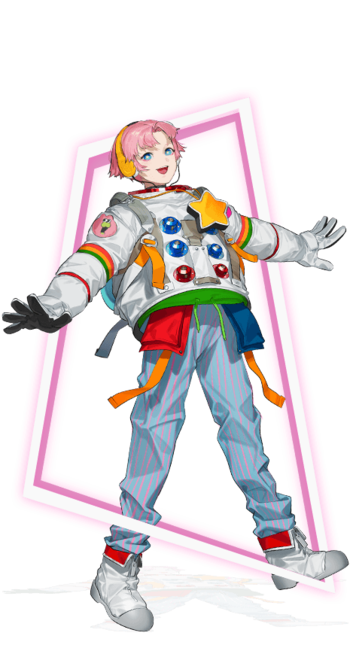 A Musician with an eccentric appearance and flashy hair. With his sense for music and fashion, and unconventional and exorbitant conduct that make up his “space communication” character setting, he steals the hearts of young as the most popular musician. 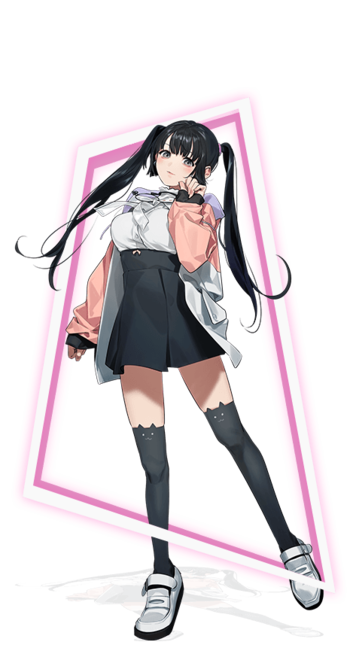 An Obbligato Musician, second-year student at Tatefushi Academy senior high school, and the protagonist’s classmate. The fact that she is a Obbligato musician is a secret and she attends school everyday. She is a beauty that has a tendency to seek romance, and there is almost never a time that she does not have a man by her side. The reason she hides the fact that she is a musician is because she thinks the elaborate title is unattractive. Her real name is Cocoa Yamamoto, a 29-year old dental assistant. 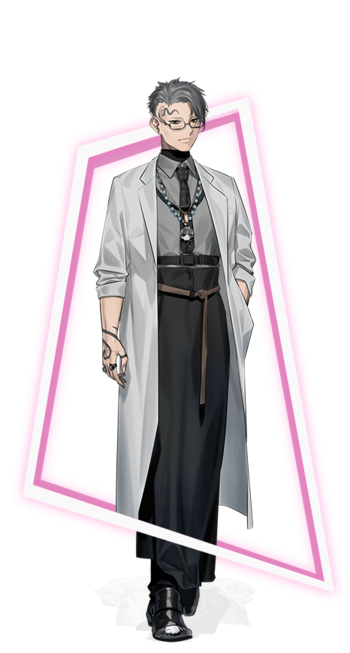 A Musician who works as a doctor at the hospital on the outskirts of Okitama City, and is always pushing Kranke around in her wheelchair. He has a cool and blunt personality, but is devoted entirely to his contributions to Redo and actively works on musical activities. Other than Kranke, he prefers not to interact with the other musicians. His real name is Kirihito Guji. 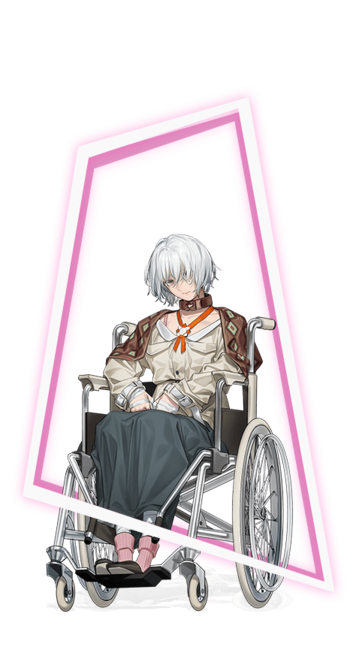 An Obbligato Musician, and a third-year student at Tatefushi Academy senior high school. She is unable to walk due to a leg injury, and is pushed around in a wheelchair by Doktor. Kranke's thoughts are hard to grasp since she tends to act like her mind is not present, and she always has a faint smile on her face. Many are drawn to her music and the world it weaves, which is dark beyond her fragile impression. Her real name is Maria Ideguchi. 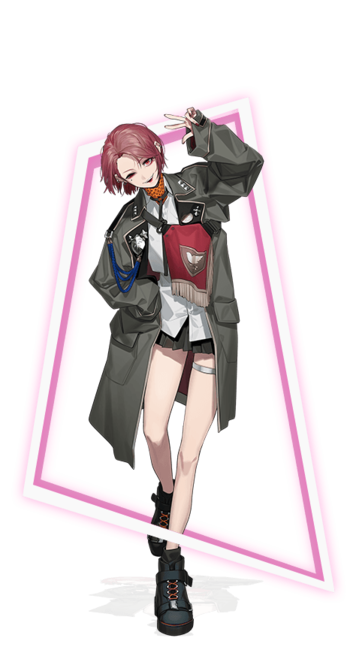 An Obbligato Musician, and a promotion and agitation specialist. She lies like she breathes and toys with the hearts of others. She is in charge of persuasive propaganda and public relations on behalf of Regret, who does not talk much. She often quotes wise figures from history, manga, and anime.

Her real identity is Yuu Ushizawa, a college student and the daughter of a famous politician. 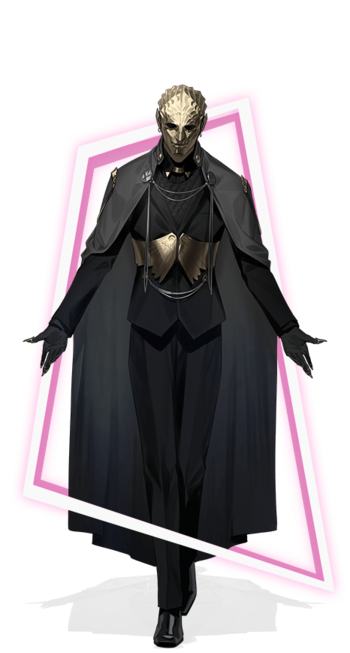 The leader of the Obbligato Musicians. A man of many mysteries who hides his face behind a mask. He is always at Regret’s side and plays a managerial role, acting as the ringleader who assembles the musicians in her place. He is said to be such a senior composer that even the new generation Obbligato Musicians acknowledge his superiority. His principle of conduct is to make Regret an absolute being, and he always maintains that Regret is superior to the virtuadolls of the past.

His real identity is Souichirou Hitomi, a 45 year-old systems engineer and Regret’s father.