The Team in General 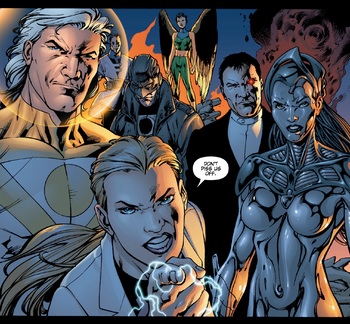 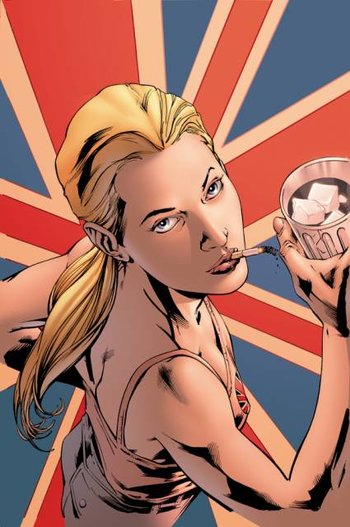 Team-founder and first leader. She's the ageless female Spirit of the 20th Century (a person who is reborn every 100 years) embodying that century's—or in past times, era's—central concept - in this case, electricity. She was the leader of Stormwatch's black-ops subteam, and assembled the Authority to continue their job on her terms.
Jack Hawksmoor 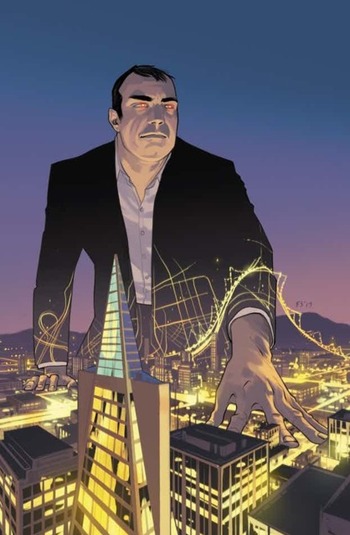 Second-in-Command. A vicious man experimented on by aliens who were actually humans from the 70th century who has a symbiotic relationship with cities, giving him the moniker The God of Cities. He was a member of Jenny's Stormwatch Black Team.
The Engineer 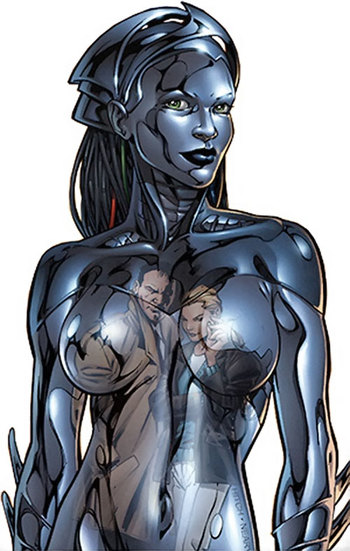 Also Known as The Maker. An American woman who replaced her blood with liquid Nanomachines who serves as the technology and ship technology expert for the team.
The Doctor 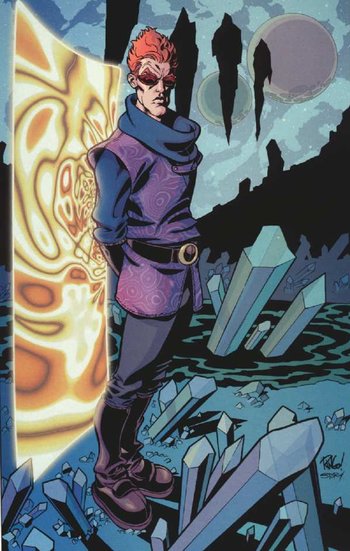 Also known as The Shaman. A nebbish billionaire ex-heroin junkie who serves as the mightiest magic-user on Earth and the latest in a long line of reincarnated shamans chosen to defend the planet from danger. He serves as the magic expert of the team.
Midnighter 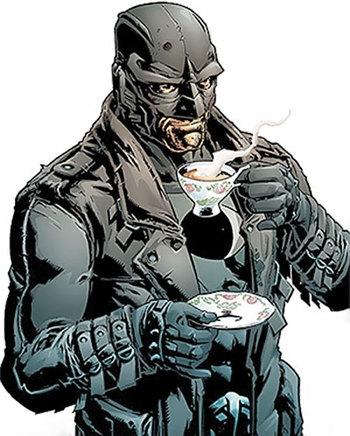 Also known as Night's Bringer of War. An ex-metahuman soldier who became a rebel from a Stormwatch splinter cell before reconciling with the main organization. Lover, later husband, and battle partner to Apollo. He serves as the team's combat expert and tactician. 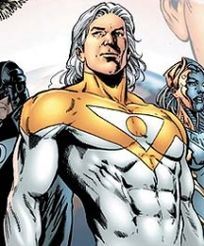 Also known as The Sun God. An ex-metahuman soldier who became a rebel from a Stormwatch splinter cell before reconciling with the main organization. Lover, later husband, and battle partner to the Midnighter.
Swift 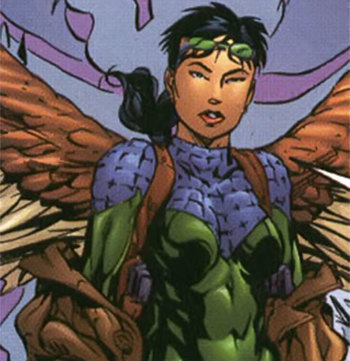 A Buddhist Asian woman with the ability to grow wings and claws and superhuman senses. She was part of Jenny Sparks's Stormwatch team and is known as The World's Greatest Huntress. 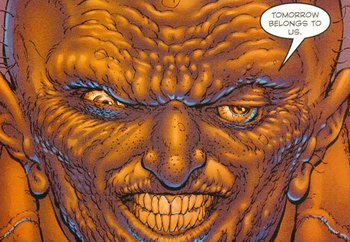 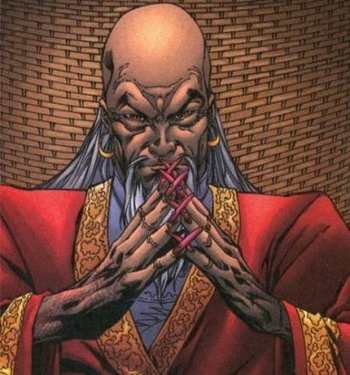 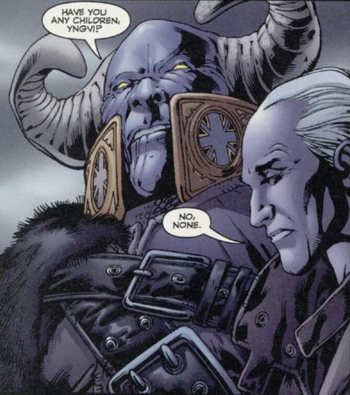 The warmongering dictator of Sliding Albion, an Alternate Universe where the city-states of Renaissance Italy made an alliance with an alien race called the Blues, creating a worldwide colonial empire. With the Blues having become sterile from environmental damage to their world, he leads an invasion of the Wildstorm Universe, hoping to revitalize his species.
The Renegade Doctor 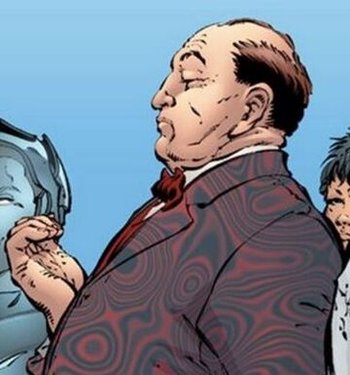 A former heart surgeon, the Renegade Doctor was chosen to be the world's shaman in 1966. This ended up being a colossally bad move, and 18 months later, he'd gone so mad with power that he murdered three entire countries, forcing the world's combined superhero population to team up to kick his ass. Kicked out of the Garden of Ancestral Memory and banished to a jail 20 million years in the past, he spent the next four decades rotting away, until he hatched a complicated plan to force the current Doctor to loan him his powers.
Seth 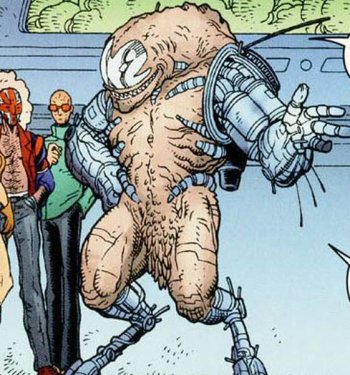 A genetically modified hillbilly created by a secret G7 cabal with the purpose of dealing with the Authority for interfering into their affairs.
"God"
The Big Bad of "The Outer Dark", the entity best described as God is a massive alien lifeform that is the original creator of the planet we know as Earth, having physically created the planet and moved it into orbit billions of years ago to serve as a retirement home for it when it returned from travelling the universe. It is not at all pleased to discover a biosphere having developed on the planet by pure chance, and intends to wipe out all life and return Earth to its original Death World state.
G 7 Authority 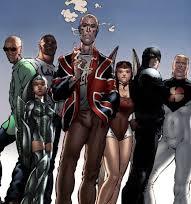 A new, corporate-sponsored, religiously-sanctioned version of the Authority who take over the Carrier after the apparent deaths of the original Authority.