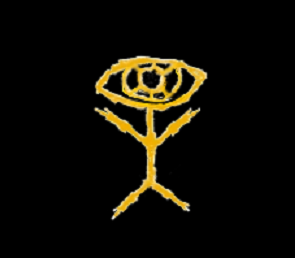 The symbol of humanity.
"The Hethe watched as the Arkn and Dekn began to go to war. The Hethe found this rival-ship to be boring, and with the first face, came humanity. On their own little orb in the endless void, humanity thrived peacefully. The Arkn wanted the orb. The Dekn watched as the Arkn attached themselves to Humanity and made the orb their own."
— Hethian creation myth
Advertisement:

The third race of mortal beings to come into existence, created by the Hethe Malek. They were a mirror of the Arkn, with the wings and powers removed (or, in some cases, made dormant). They became a matter of interest to the Arkn, who drew them into the War by attaching themselves to particular individuals as "Guardians". Humanity originally made its home on Earth, in the realm of Nexillium. After the realm was destroyed by the Hethe Leg'leg, Humanity was re-created (along with their home) in the A.I. realm of .Reality, courtesy of the Persopheleums.

Humans (often patterned after powerful Arkn) whose Arkn blood and powers are dormant, rather than absent. They are typically human "counterparts" to Hethe-blooded Arkn.
Alex Winter 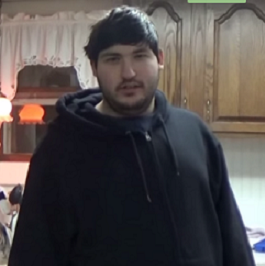 Alex is the sole surviving member of the Winter Family Massacre. He is deeply troubled, and suffers from multiple mental health issues due to the childhood trauma. While undergoing therapy with Dr. Ellis, he agrees to participate in a trial of a new, untested medication; shortly after he begins taking it, he starts seeing strange, malicious masked creatures and experiencing missing time (and other strange phenomena). Eventually, he discovers that he is the Guarded Human and human "translation" of King Uriel and the human half of the third Arknza, as well as the vessel for the Hethian Scrolls of Creation.

For tropes related to his converge self, see "Uriel Alexander Winter". 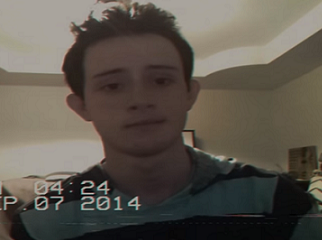 A teenage boy from Centralia, Pennsylvania who suffers from a multitude of health issues, both mental and physical. After coming into contact with Raziel, he discovers that he's Raziel's Guarded Human and has an important role in the Arkn-Dekn conflict. The two later converge to become the Third Arknza of Prophecy.

For tropes related to his converged self, see "Gabriel Raziel Holden". 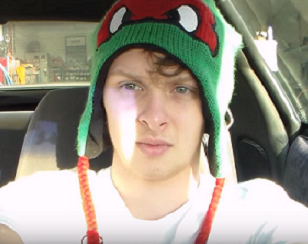 Played By: FeralWasteland
Appears In: MedBoy789, acryfromwinter, Michael's Camera, Solar's Crimson
"I just wanna sit and watch Drake & Josh for the rest of my life and eat Cheetos."

Toby is a stoner kid who is attempting to earn money for college by taking part in a trial of Dr. Ellis’s new medication. The medicine enables him to see Sethe and Skethe, and eventually causes him to come in contact with the Arknza Raphael (who becomes his Guardian). He is later revealed to be an important prophet and leader for humanity. 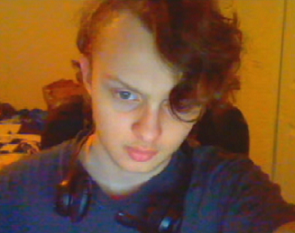 Played By: FeralWasteland
Appears In: MedBoy789
"Last night I had this dream where I was on a beach. I don't even like beaches."

The alternate timeline counterpart (and twin brother) of Tobias Kestler, Tobit is the human counterpart of Raphael. At his father's request, he begins recording a vlog to describe the unusual dreams he's been having. After his timeline begins undergoing its apocalypse, he is contacted by Raphael, who rescues him from the dying timeline. They later converge, becoming the second Paradox Player and Arknza of prophecy.

For tropes related to his converged self, see "Raphael Tobit Kestler".

The older sister of Toby and Tobit Kestler, who is killed by a Lurker. An alternate timeline's version of her later appears, resuming her story. 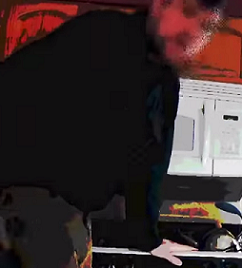 Played By: N/A
Appears In: acryfromwinter

A mysterious doctor and therapist, whose medications enable his patients to see Lurkers and Sethe (among other things). He seems to have connections to a number of the families of his patients, including the Winters and the Kestlers.

James is the secondary protagonist of acryfromwinter. He is the best, and only, childhood friend of Alex Winter. 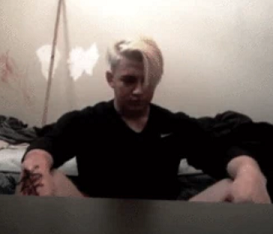 Played By: N/A
Appears In: TheMayhemTheory
"[This channel is to] show to the world what happened to us..."

The close friend of Gabriel Holden and the creator of The Mayhem Theory channel (which he started while searching for his missing friend).

Alex Knight is the main protagonist of Knight Panes.

Played By: N/A
Appears In: Knight Panes
"I'm no Knight, I don't have the morals for that anymore."

The secondary protagonist of Knight Panes.

Played By: Cerysemeryse16
Appears In: L. Jameson, Knight Panes
"What is known is that we are small, and have little say in this vast plane of existence."

A female friend of Brian Lawrence (and fellow patient of Dr. Ellis). 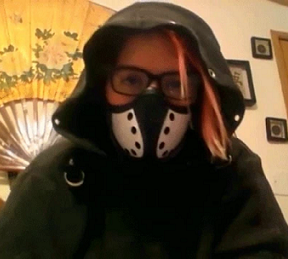 The sister of Alex and Michaelis Winter. Yet another patient of Dr. Ellis, she is seemingly being targeted by a group of malicious beings called The Associates. 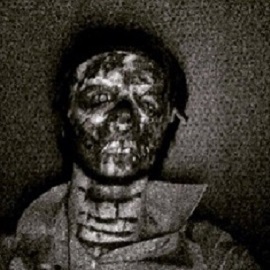 Played By: DeathlyLogic
Appears In: Michael's Camera, Solar's Crimson (mentioned)
"You want answers. I have them."

A powerful and mysterious Serial Killer, Hooks is a minor antagonistic force in the Arknthology storyline. A partner of The Carver, he is partially responsible for bringing about the May 15th Catastrophe of 2015 due to revealing the existence of the Arkn and Dekn to Humanity.

A young man who became a vessel for The Carver in .Reality during the May 15th Catastrophe.

"The smoke and dust had just began to settle... A horse galloped past the wreckage, three more following on its heels... They called them the Fearful Four, 'they' being those who lived through the outlaw attacks."
— Tales From the First Reality, Chapter 2

A legendary gang of Wild West outlaws from a glitched timeline in the mid-1850s. Each of them had a special programming glitch that gave them superhuman abilities. They traversed their timeline for an eternity via .relapse, causing untold chaos and destruction and coming to be seen as gods by the humans of that timeline (while leaving it irrevocably damaged).

Appears In: Arknthology Stories (original), Tales from the First Reality
'"So, as you here might know from word on the vine, my crew here is famous for not-very-nice things."

Edgar "Death" Kharon was the head of the Fearful Four. He rode a white horse and wielded four copper revolvers. He was known as the greatest sharpshooter in the West, and was said to be able to take out targets from almost half a mile away with his revolvers. He acquired his abilities due to a .Reality marking him as an error, which gave him eyesight ten times stronger than that of a hawk.

Appears In: Arknthology Stories (original), Tales from the First Reality

Known as "War", Barnabelt Kinnard rode a decrepit horse held together by hooks and wire. In place of a hand, he had a large hook, which he used to dispatch lives. Kinnard had the reputation of a "boogeyman", due to a .Reality glitch that made him supernaturally stealthy. He was known for being able to slip swiftly into a fort and take out every soldier, without being caught or leaving a trace.

Appears In: Arknthology Stories (original), Tales from the First Reality
"What the fuck is going o-"

Deither "Plague" Ellisviel rode a strong, black horse. When he wasn't using one of Kharon's revolvers, he carried various sinister medical supplies. He was locally known as something of a Witch Doctor, due to a .Reality glitch that gave him the power to turn any element into a healing substance. His legendary tonic was said to separate men from reality and allow them to traverse the spirit plane.

For tropes related to his various modern incarnations, see the folder for "Dr. Ellis".

Kyla "Famine" O'Lora rode the sickest horse, filled with maggots and and flies. Prior to joining the Four, O'Lora was a prostitute with a passion for men and an even greater passion for murder; her .Reality glitch made her irresistible to non-errored humans (and lead to her joining up with Edgar — a rare man who was impervious to her charms).