He may be small, but he has a big brain!
Voiced by: Debi Derryberry
Full Name: James Isaac Neutron

The main protagonist. He is a boy with a stunning IQ and a love for science. From Hypercubes to Hypnorays, Jimmy can whip up the most amazing inventions. However, things have a way of going awry, and more often than not, Jimmy has to save the day from himself. But with friends, family, and a secret lab, there's no problem this boy genius can't handle. Right? 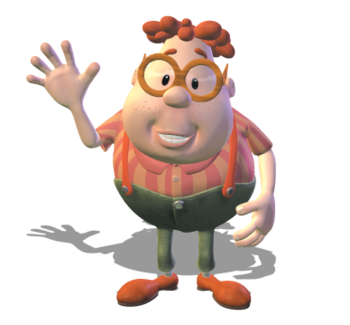 Jimmy's shy, timid, nervous, and asthmatic best friend who has an unhealthy obsession with llamas and Jimmy's mom. 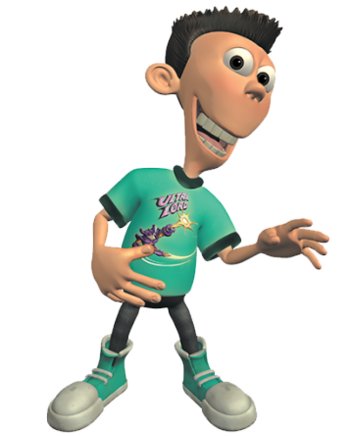 One of Jimmy's best friends who is obsessed with the fictional superhero Ultra Lord. He's a hyperactive, stupid, eccentric, loud, energetic, and geeky Nerd. 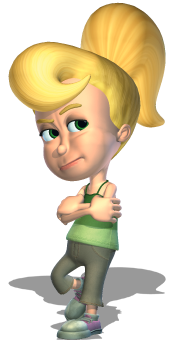 Jimmy's rival and female counterpart, who has a crush on him. Not that she'll admit it. 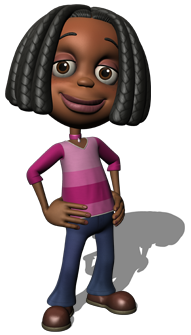 Cindy's best friend and Sheen's girlfriend. The love of Libby's life? Music, the funkier the better. And she doesn't just listen, she also plays the keyboard, D Js, and can throw a high note that would give most opera singers a run for their money. 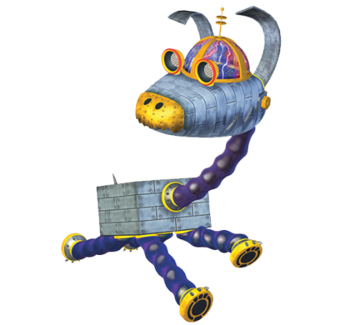 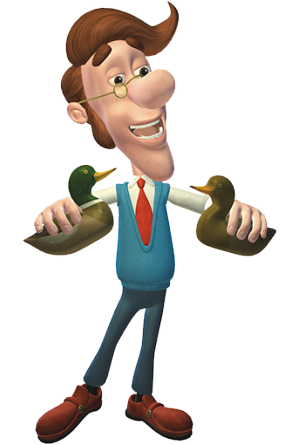 Jimmy's father, who averts the "Father Knows Best" ideal. Nevertheless, he's a chipper, upbeat family man who always has time to dispense words of wisdom for Jimmy, even if most of the time those words are better left ignored. He also has an obsession with ducks. 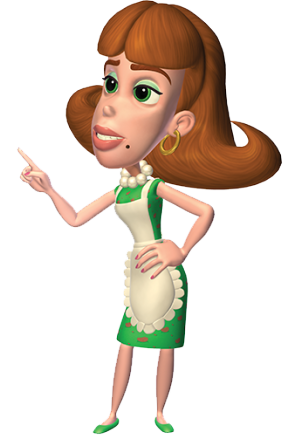 Jimmy's mother. She's happy to cook and clean and run the household, but does want some appreciation for all she does. After all, without her, Jimmy and Hugh's lives fall to pieces. 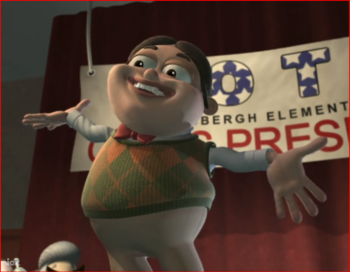 A foreign exchange student from the country of Backhairistan, he's a happy-go-lucky, friendly, well-meaning kid who's always there when his friends need him. 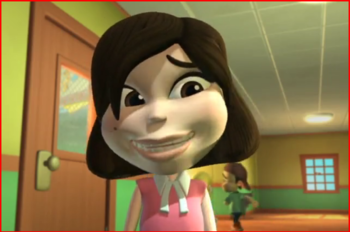 The girl of Jimmy's dreams, and sometimes the motivation for hi-jinks in his efforts to impress her. Cindy doesn't care for her... for some reason. 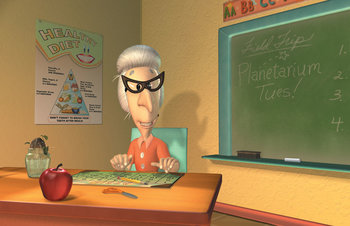 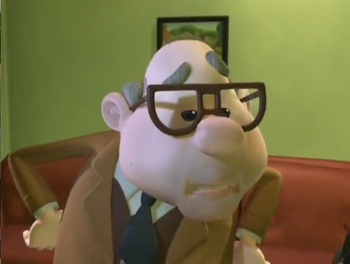 As the title suggests, the principal of Lindbergh Elementary. 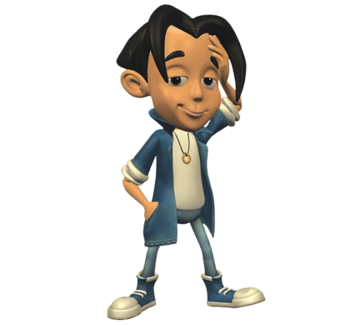 Another one of Jimmy's friends, who is the cool guy that everybody loves at school, especially the girls. 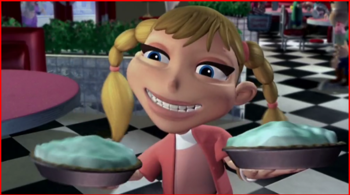 Cindy's other best friend, who is often seen hanging out with her and Libby as a third member of Cindy's friend circle. 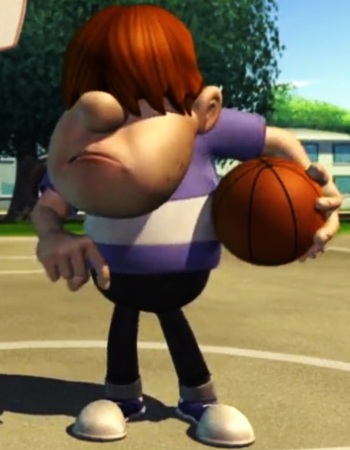 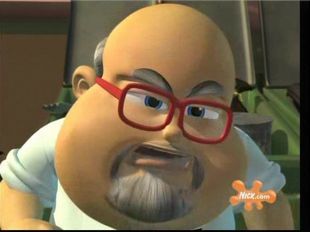 Owner of the local hangout joint, The Candy Bar. 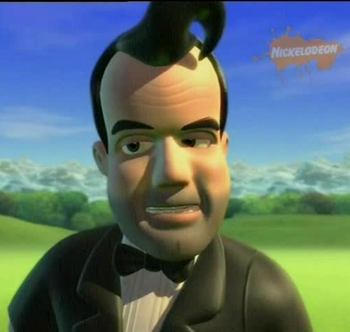 Jimmy's favorite action movie star, who also happens to be a secret agent in real life. 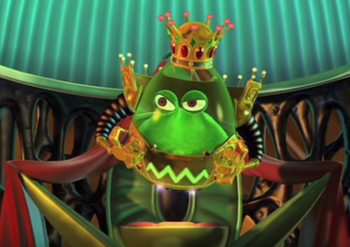 King of the Yolkians, and Jimmy's first archenemy. In the movie, after making contact with Jimmy's communication satellite, he abducts the adults of Retroville in order to sacrifice them to the Yokian god, Poultra. Ever since Jimmy thwarted this plan, he's been trying to get his revenge on the boy genius. 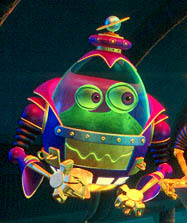 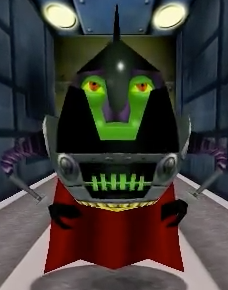 An important asset of King Goobot's forces and leader of the king's fleet. 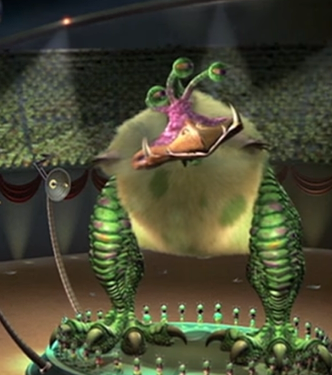 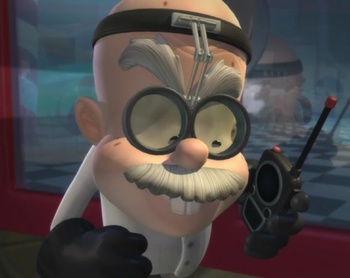 Jimmy's other arch-nemesis and the show's main antagonist. A mad scientist with an inability to complete things (though he eventually overcomes this habit). He's constantly hatching evil schemes, usually dragging Jimmy into things. 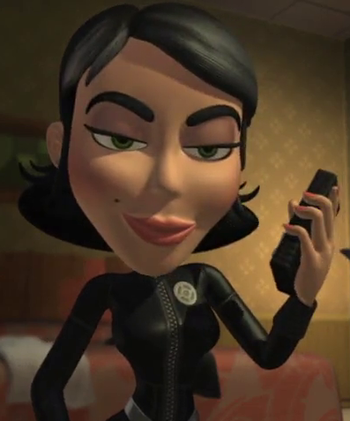 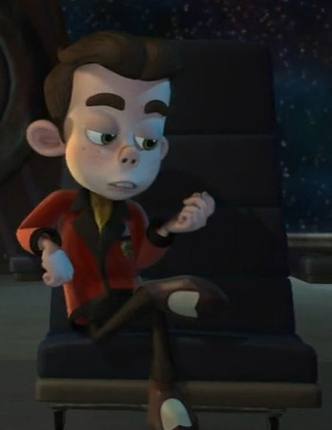 A snobby rich kid who buys all of his gadgets from his dad. He's one of the members of the League of Villains created by Goobot.

An evil boy genius who lives in the Evil Dimension. 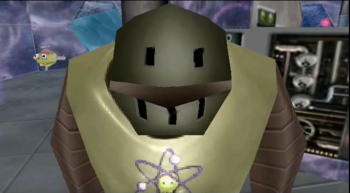 A creation of Jimmy Negatron who can travel through time. 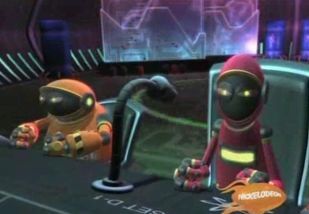 A duo of nanobots created by Jimmy to operate several of his inventions. They almost immediately go haywire and become increasingly insane and fanatical as the series goes on. 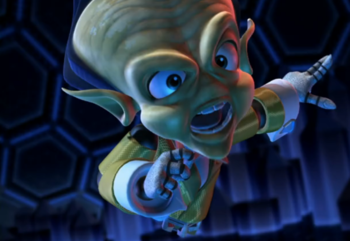 The host of the hit game show "Intergalactic Showdown" and the main villain of the TV movie "Win Lose and Kaboom". 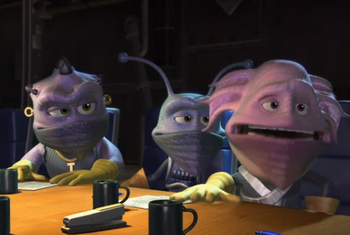 A trio of space bandits Jimmy and friends met when they tried to dig for Asterubies. Later, they tried to sell shrunken Retroville townspeople as toys and joined the League of Villains. 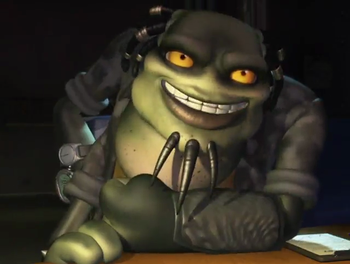 An alien. He runs a shady trash-collecting business. 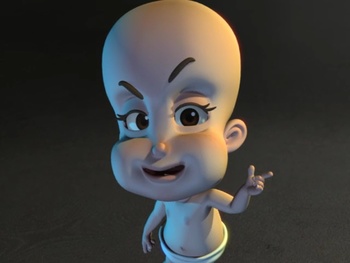 Jimmy's 17.5-month-old cousin. Despite his infantile appearance, he's actually very devious and a genius; capable of walking, speaking fluently, and devising a plan to kill all of the Neutron family members. He later joined Goobot's League of Villains. 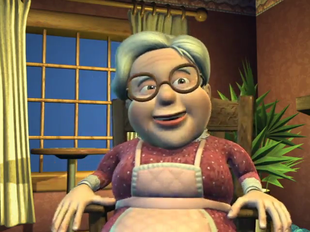 An alien who looks like an old lady. She attempted to hypnotize the world into a state of perpetual happiness with her TV Program "The Happy Show Show", but was foiled by Jimmy and Cindy. She later joins the League of Villains to take revenge on Jimmy.