Sky People characters from The 100. Note that only spoilers from Season 3 onwards are hidden.

Sky People, or Skaikru (in Trigedasleng) is a term used by the Grounders to describe a person who came from the Ark. They are also commonly known as Arkers. The Sky People alive today are descendants of humans who survived the nuclear apocalypse 97 years before the show by living in space in the Ark. The first Sky People to arrive on the ground are known as the 100, referring to the group of teenage criminals considered expendable by the Ark government who were sent down to Earth to prove it was habitable (as the Ark was running out of oxygen). Much of the first season focuses on their attempts to survive the ground when most of their communication with the Ark is destroyed. 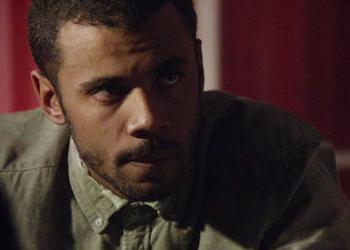 "I say if we're going to die in here, we might as well die trying to escape."
Played by: Jarod Joseph

Miller was a thief on the Ark and became one of Bellamy's inner circle on the ground. 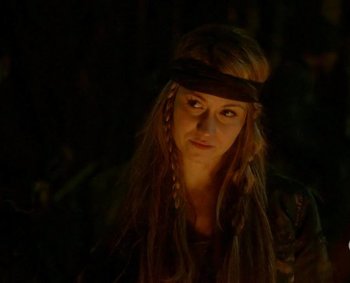 A gunner in the militia that Bellamy creates to defend the delinquents. She is among the 48 captured by the Mountain Men. 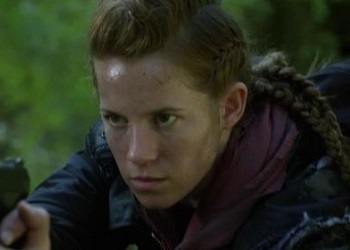 A member of the militia that Bellamy creates to defend the delinquents. She was one of the few not taken by the Mountain Men.

A member of the 100. She is among the 48 captured by the Mountain Men. 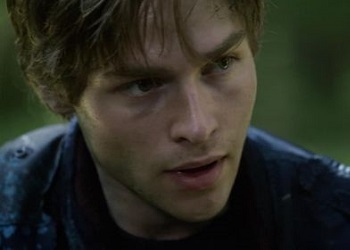 A member of the militia that Bellamy creates to defend the delinquents. He was one of the few delinquents not taken by the Mountain Men.

One of Bellamy's inner circle.

A member of the 100 who entered into a relationship with Bellamy. 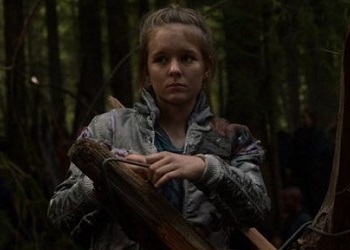 One of the youngest delinquents. Her parents were killed on Jaha's orders.

A member of the 100 who goes hunting on Bellamy's order. 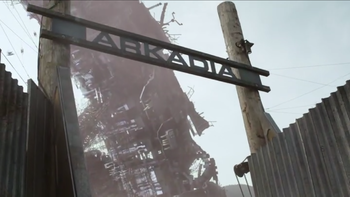 Arkadia
Arkadia, formerly known as Camp Jaha, is the home-base of the Sky People. The camp is built around the crashed Alpha Station after it was brought down to Earth along with the other stations of The Ark. Arkadia is called home to the remaining Sky People who came to Earth in Alpha Station, Mecha Station, Factory Station, Farm Station, and the Delinquents' drop ship.
Eric Jackson

A medical officer and assistant to Abby on the Ark. 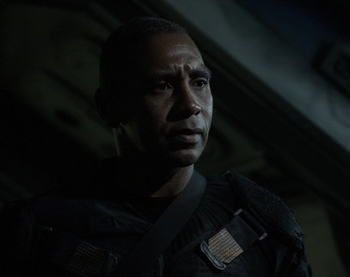 A chief guard on the Ark and father of Nathan Miller. 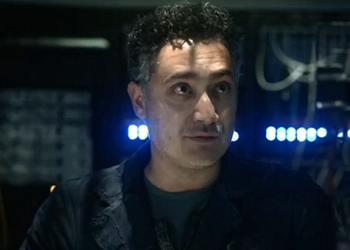 The Chief Engineer on the Ark. On Earth, he helped supervise the construction of Camp Jaha and continued to serve as engineer.

A survivor from the Ark. She is in a romantic relationship with Bellamy following the time jump between Seasons 2 and 3. 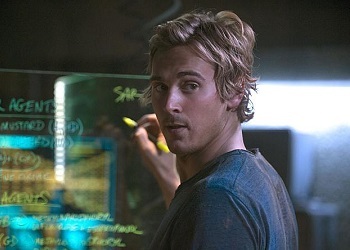 One of the engineer/mechanics on the Ark.

Leader of the Ark's guard on Earth.

The Agro Station (also known as "Farm Station") which was the Ark's agricultural facility. It was where edible plants and vegetables were grown, used as food by the inhabitants. It was also known for moonshine and medicinal herbs. Agro was one of three stations evacuated after losing power during the Unity Day mutiny. During the exodus, it survived the descending to Earth and crashed deep into Ice Nation territory somewhere to the northwest from Alpha Station with approx 200 survivors. 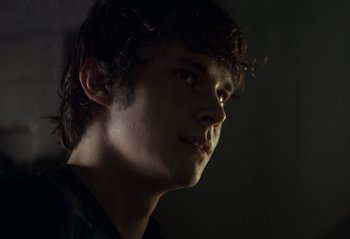 Miller's boyfriend from the Ark, and one of the survivors from Farm Station. 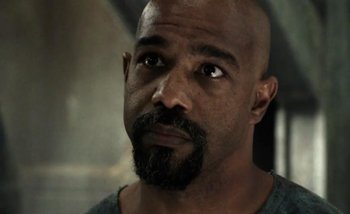 Leader of the Farm Station survivors formerly was the Earth Skills teacher on the Ark. 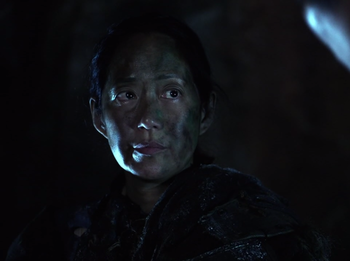 Mother to Monty, and survivor of Farm Station. 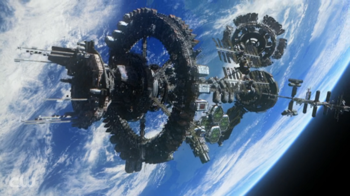 The Ark
The Ark (formally Ark Station) was a space station, the orbital home for the humans whose ancestors escaped the Nuclear Apocalypse on Earth 97 years before the events of the series.
Diana Sydney

Ex-chancellor who talks her way into a council position.

A high-ranking officer of the Ark's guard, Shumway was part of Diana's plot to hijack the dropship and leave the Ark with a select group of loyalists. To that end, he arranged for Bellamy to attempt the assassination of Chancellor Jaha.

Father to Clarke and husband to Abby, Jake was an engineer on the Ark. He discovered a flaw in the oxygen systems that eventually led to his execution.

Mother to Bellamy and Octavia, who was floated once her second child was discovered.