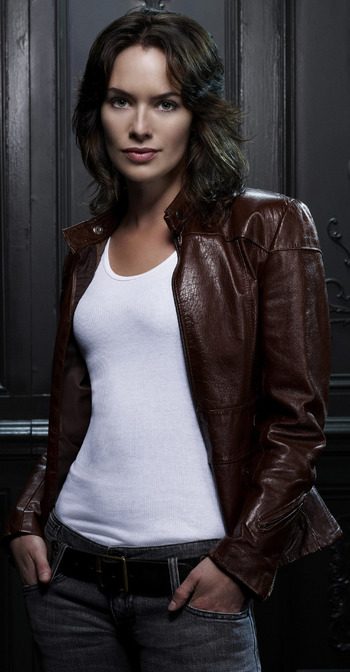 The mother of John Connor, she was told that he will grow up to be the leader of the resistance against the malevolent A.I. SkyNet. Currently lives with John, Cameron, and Derek in Los Angeles, trying to stop the creation of SkyNet.

Sarah Connor's son, the future leader of the human resistance against the Machines.

John: If I have to live with it, so do you.
Cameron

"Thank you for explaining".

The reprogrammed Terminator (rumored to be TOK715) sent back by future John Connor. The most advanced infiltrating unit seen so far - unlike other Terminators, she can eat food and cry. She acts as John's advisor in the future, much to the chagrin of the other resistance fighters. 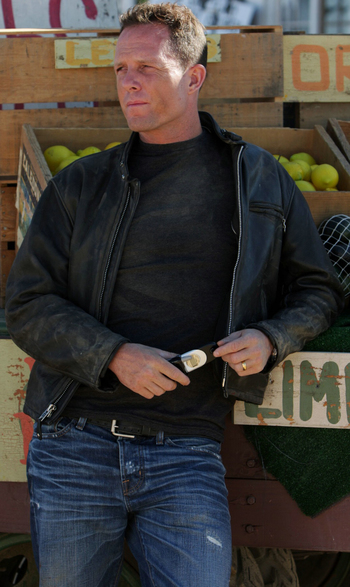 Sarah's former fiancé, he's since married someone else until she dies by Cromartie's hands. 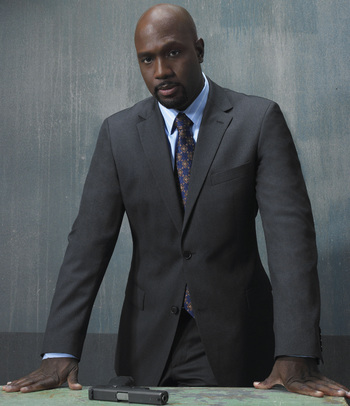 "These are more than machine but I will never make the mistake of thinking them human".

An agent of the FBI, he started out trying to stop the Connors... until he started believing them.

"We can go back. We can fix all the mistakes".

John Connor's uncle from the future, he came back to get a chess playing computer named the Turk and kill its creator, Andy Goode. 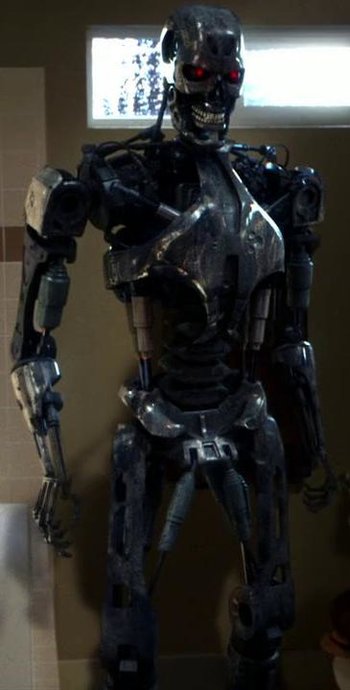 "Thank you for your time."

The Terminator sent after John at the same time Cameron was. His chip is eventually destroyed, but his body ends up being used as the "face" of the Turk/John Henry supercomputer. 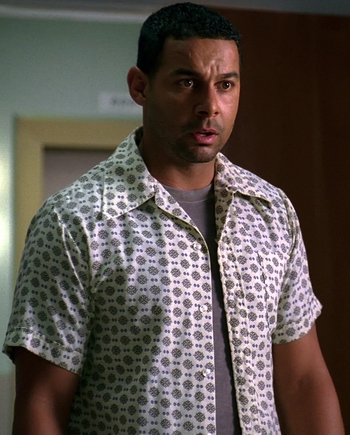 Kacy's ex, her child's baby daddy, and an LA detective.

John Connor's other friend at school. Asked Cameron to the prom. Not seen since the first season. (Actually, we see him parking cars in the second season). 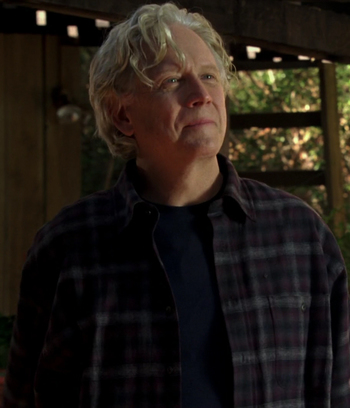 A psychologist who laughed at the idea of the Terminators. After the events of Terminator 2: Judgment Day, he retreated to a mountain cabin and became an apocalyptic believer.

"The project's name is Babylon. It's from The Bible."

The CEO of Ziera Corp. She had the Turk stolen and set a group of people to work with it on "Project Babylon." Also, she is a liquid metal T-1001 Terminator.

"I want my old mommy back."

The daughter of (the real) Catherine Weaver. She becomes best friends with John Henry.

The AI built and developed from Andy Goode's Turk supercomputer, using Cromartie's body as a means to communicate with others and manipulate its environment. Extremely intelligent, but almost childlike. 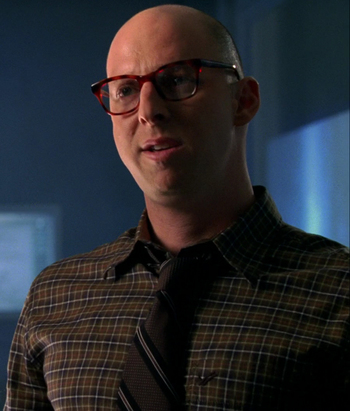 The main programmer and tech geek on the Babylon Project. 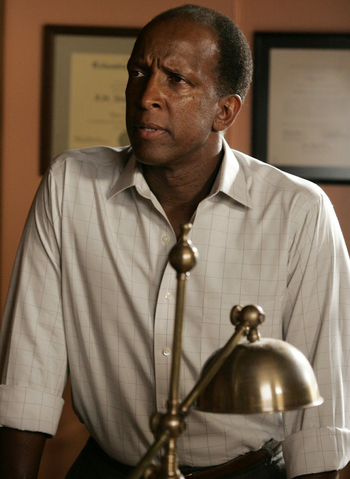 "Because it has so many problems".

A child therapist whose name was found on the blood-stained basement. Weaver hires him as a consultant to help her understand the strange behavior of her AI. 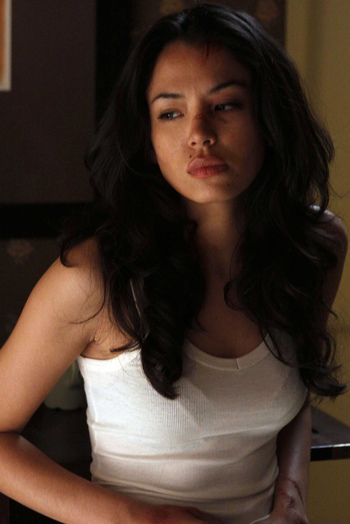 A human resistance fighter who traveled back in time to escape the hell of the future. Has an intimate relationship with Derek Reese. Actually traveled back in time on her own with Riley to try and separate John and Cameron, and is also implied to be an alternate counterpart to Jesse from Derek's timeline. 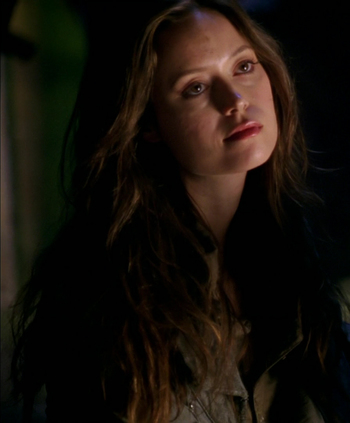 "I live in a tunnel. I eat garbage for dinner"

A resistance fighter in the future. Captured by Skynet, and who Cameron's physical features are based on. Later killed by Cameron for lying to her. Implied to know John Connor personally. And now, most likely alive again in the alternate future timeline.

"I got this necklace at this awesome thrift store in Echo Park."

A runaway Cameron befriended in "Allison in Palmdale". 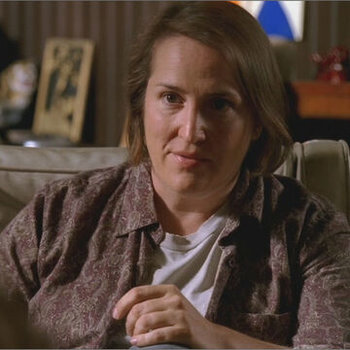 A social worker at a youth hostel that Allison/Cameron meets when her chip goes wonky. 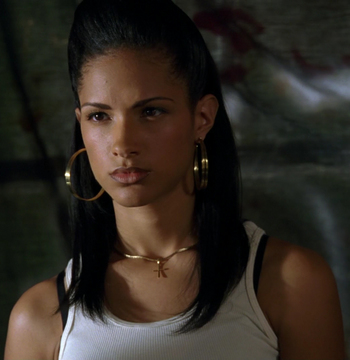 A young woman who acts as a lookout for Carlos while he does his business. Pops up a few times throughout the series. 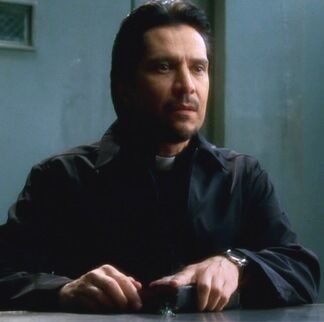 A Catholic priest at the church where Sarah and John seek sanctuary. He's the only one Sarah can call after she gets arrested. 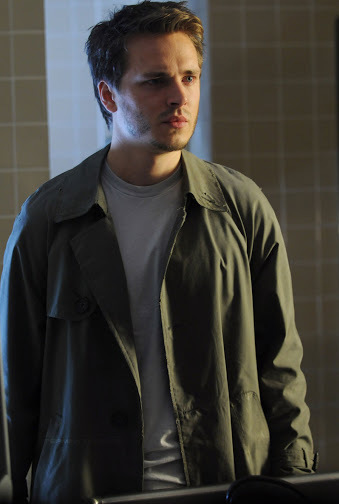 The resistance fighter from the future who protected Sarah Connor against the first Terminator and fathered John. He died but his mission was accomplished.