Characters that debuted in the first game of the Tenchu series:

Due to wiki policy, trope names and character descriptions will not be spoiler tagged.
open/close all folders 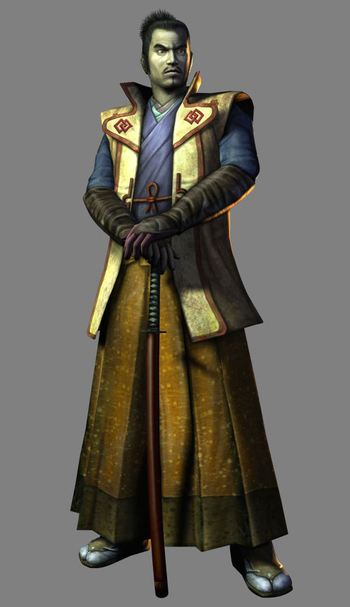 "Not even Tenrai's vicious sorcery could defeat our mighty ninja."

The current Daimyo for the House of Gohda, the father of Kiku Gohda and husband to Lady Kei Gohda, Matsunoshin Gohda is the main ally of the Azuma and relied on them to keep peace within his lands for years. When he first came to power, he was involved in a civil war with his uncle over the latter's anger over being passed the inheritance by Matsunoshin's late father, a civil war that was ended with the help of the Azuma ninja; Rikimaru, Ayame and Tatsumaru, yet resulted in the death of his wife and kidnapping of his daughter, who Ayame rescued later on.

Unlike the other lords in the game series, Matsunoshin shows great respect to the Azuma ninja and holds them in high regard due to their part in helping him during the civil war, along with Rikimaru and Ayame's help to protect his lands during times of war. 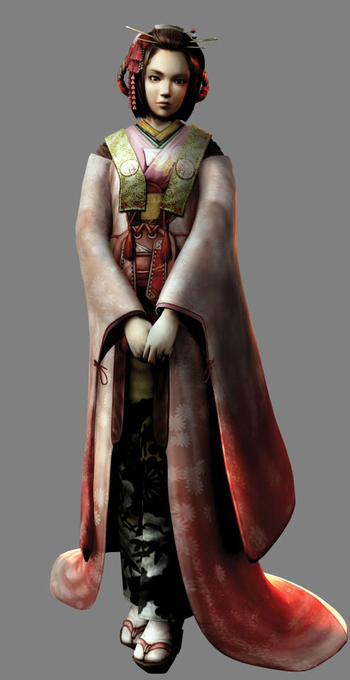 "I know about your sadness. It conceals your spirit like a cloak. But you endure the guilt. Because that's the path you have chosen, Rikimaru."

The only daughter of Matsunoshin and Kei Gohda, Kiku is a member of the Gohda family and heir to his fortune. The civil war that happened after her grandfather's death occured when she was very young, and after her mother's murder at the hands of her great-uncle, she was kidnapped but later rescued by Ayame, sparking a close friendship between the two that would last for years. During the events of Shadow Assassins, she is kidnapped once more by Rinshi and rescued by Ayame, taken back to Gohda Castle where Onikage had revealed to have returned, taking the princess hostage. Kiku urges Rikimaru to put an end to the suffering and in the end, he impales her with Izayoi in order to kill Onikage, resulting in Kiku's death.

As a young girl, Kiku is bright and kindhearted, giving one of her sister bells to Ayame so that the two would never truly be apart and later giving her the other sister bell so that she would have luck on her missions. As she aged into a teenager, she became more mature and reserved, knowing that her father loves her but also loves his people and had to put them first as a leader, and showed no haste in believing Rikimaru was a traitor when he is blamed. Despite not being a warrior, she showed bravery when taken hostage by Onikage, and even closed her eyes when Rikimaru moved to deliver the blow that would kill her. 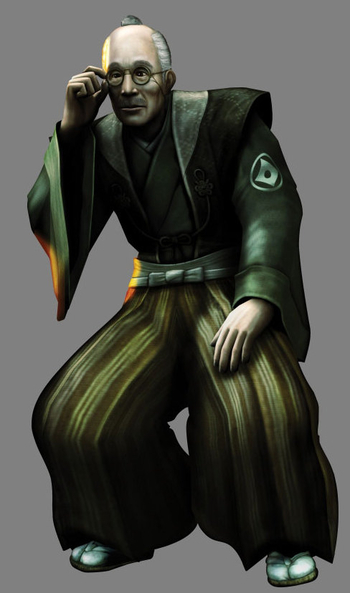 "Lord Gohda. The Princess. You must protect them. I must go..."

The counsel advisor to Lord Matsunoshin Gohda, Naotada Sekiya had been an ally of the Azuma and Gohda family for many years, and is the one to help Lord Gohda with issues regarding his lands. While he appears in most of the Tenchu games, he is revealed to be a traitor to Gohda and the Azuma in Shadow Assassins, as Onikage had disguised himself as Sekiya and took his place. The location of the real Sekiya is unknown, though it is suspected that Onikage killed him to prevent him from ruining his plans. In Wrath of Heaven, during Ayame's story, Sekiya is killed by a Shikigami spirit when Ayame clears the way to Tenrai's fortress, though he is shown to have survived in one of her endings.

Seikya is loyal to the house of Gohda, having been Matsunoshin's advisor for years and is shown to care about him and his daughter; Kiku, a great deal, shown by him asking Ayame to protect them as he is dying from his wounds by Kagura's shikigami spirit. 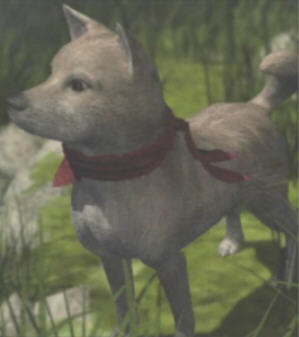 A ninken of the Azuma Clan, Semimaru is a loyal companion of Rikimaru and Ayame. While he helps the two ninja track down Tatsumaru after the Azuma massacure, he is able to be summoned in the other games by using a Dog Bone, where he can help kill an enemy that Rikimaru and Ayame face. 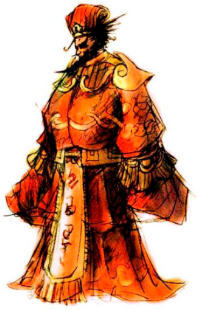 "Do not concern yourself with the girl. Think about saving your own skin."

Mei-Oh is the main antagonist of Tenchu:Stealth Assassins, and the final boss of the game. The titled "King of Hell", he is the boss to which Onikage is loyal to, and is first mentioned when his forces kidnapped Kiku from Gohda's Castle and took her to his fortress, where Ayame and Rikimaru go to so that they can rescue the princess. After his first appearance, Mei-Oh is killed by Rikimaru/Ayame, his body falling into the portal that later appears in Wrath of Heaven and his fortress crumbles while the ninja attempt to escape, resulting in Rikimaru being caught in the rockslide and appearing to have died.

He is mentioned multiple times in Wrath of Heaven when Rikimaru is trying to locate his sword, Shichishito. After Tenrai's demise, Onikage is seen to have ressurected from his death and converses with Mei-Oh, who is tired of waiting for the servant to find a way for him to return to the world. 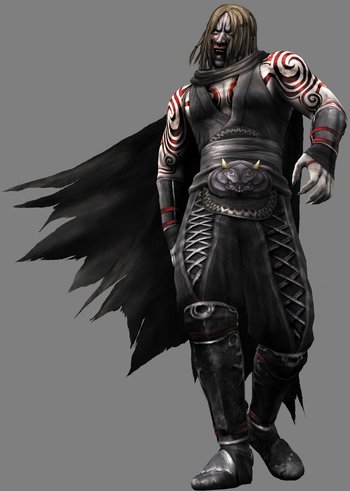 "My soul will live on, my hatred will always be inside of you."

A recurring character in the Tenchu series, Onikage is a demonic ninja that is loyal to Lord Mei-Oh and the main Rival to Rikimaru. Throughout the series, he is trying to bring back a deceased Mei-Oh, who fell into the portal in his fortress at the end of the first game, and return the King of Hell back to their world. While doing so, he shows some interest in Ayame, and later possesses her when he is killed by Rikimaru at the end of Shadow Assassins, causing Kiku's death as well and sending the kunoichi into a Heroic B.S.O.D, causing a strain between Ayame and Rikimaru's relationship. 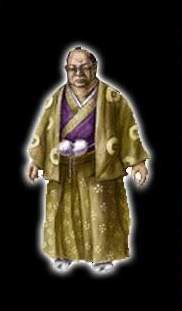 "I've got money. Money is power. Power is everything!."

The villian of the first mission and a corrupt businessman, Echigoya is the head of the Echigoya family and in charge of the estate, which is the first level Rikimaru/Ayame would have to go through to find him. In Wrath of Heaven, it is revealed that he had a son who had taken over the family business after his death; Tokubei. 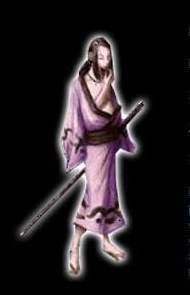 "So much for your big mouth."

The minor villain in the first level, Hanbe Sasaki is the bodyguard of Echigoya and the first boss that Rikimaru/Ayame faces off as Echigoya runs away. Despite being warned to move out the way, he refuses and engages in battle with the Azuma, though he is quickly cut down. 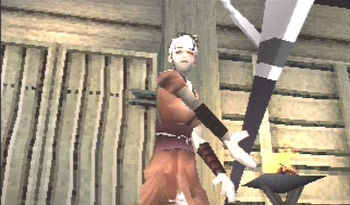 "How dare you speak to me like that? I'll teach you some manners."

A loyal servant of a rival lord to Lord Gohda and the sister of Senjuro Akechi, Tazu Akechi is the guard that Rikimaru/Ayame runs into when they first approach the checkpoint. When she asks them where they are going, the Azuma ninja refuses with Ayame insulting her, pushing her to battle with them. After a short battle, she is killed by the Azuma and they continue thorugh the checkpoint. 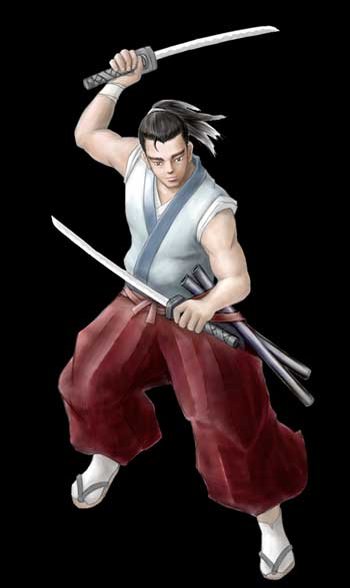 "No! Today, you'll learn how a Myojinsoga master uses swords to avenge his sister!."

A loyal servant of a rival lord to Lord Gohda and the brother of Tazu Akechi, Senjuro Akemichi is the final boss of the Cross the Checkpoint mission. His interaction with the Azuma differs depending on which ninja the player had chosen, where he is respectful when facing against Rikimaru yet hostile and belitting when facing against Ayame. Regardless, he is killed by the Azuma after that fight. 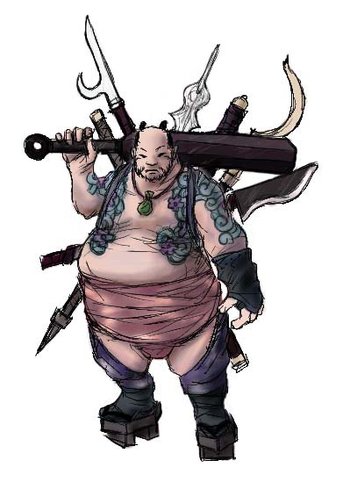 "So, the mice come out to play! That means Goo gets to play too!"

Goo is the person who kidnapped and jailed the Azuma ninja that the player had not chosen to play as, and the boss of the Rescue the Captive Ninja mission. After Rikimaru/Ayame finds their captured ally, he comes and fights them, before being killed by the free Azuma. 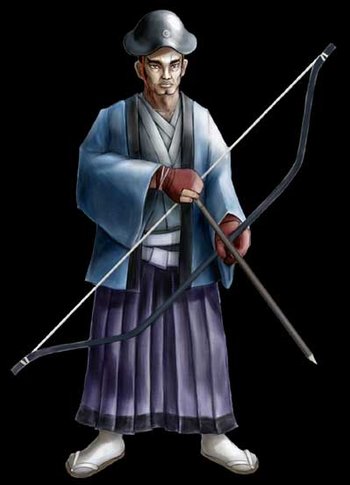 "I may have made mistakes, but I shall allow no woman to scold me like that! You shall die by my arrows!"

Kataoka was a minister who was entrusted by Lord Gohda to oversee his domain's monetary affairs, but eventually succumbed to his greed and started to take advantage of oppotunities for illegal personal gain. When confronted by the Azuma after Sekiya sent them to assassinate the corrupt minister, his response differs depending on whether it was Rikimaru or Ayame who confronted him, but he dies after encountering either Azuma ninja. 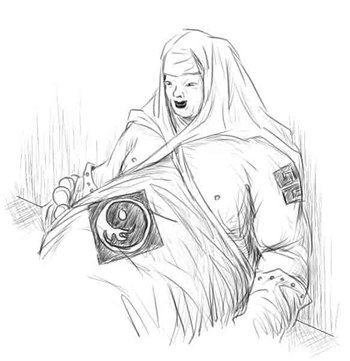 "I know what you want. You want the stone. It's safe inside my belly."

On is the leader of the Manji cult and the boss of the Infiltrate the Maji Cult mission. Sometime before the mission, she found a stone that contained a demon within, and was able to render humans both mutated and under mind control. With the stone, she used it to create her own army of the manji cultists and started taking over other temples, where the monks were either killed or turned into more of the cultists. When Rikimaru/Ayame is dispatched to kill her, she swallows the stone to avoid the ninja taking it but is killed by them, the Azuma gutting her corpse to get the stone. 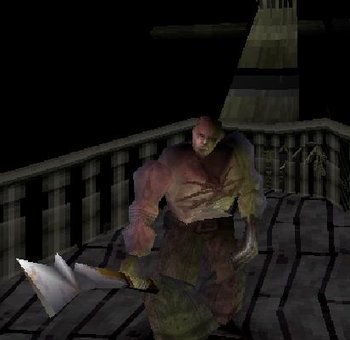 Captain Balma is the Spanish captain of a pirate ship that attacks a Japanese coastal village, resulting in Lord Gohda sending Rikimaru/Ayame to dispose of him. when they find him, he engages in battle with the Azuma and ultimately loses, costing the captain his life.