Navigation: Main | The Turtles and Splinter | Allies and Civilians | The Foot Clan | Other Villains | The Pantheon 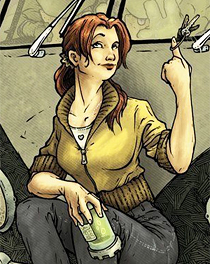 A former Stockgen intern who cared for Splinter and the turtles pre-mutation. She continues to help them in any way she can while balancing her schoolwork and her relationship with Casey. 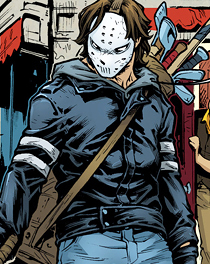 An extremely talented athlete and academically-challenged college student. He takes to the streets at night with a bag of sports gear to rough up criminals. He and Raphael were fast friends and Casey is romantically involved with April. 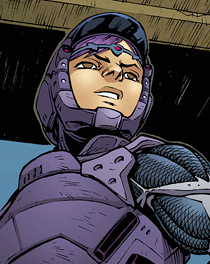 Casey's childhood friend and former leader of The Purple Dragon gang. Like Casey Angel fights crime vigilante style. This is made easier when she convinces Harold Lillja to let her be a 'field tester' for his exosuit. Using the moniker 'Nobody,' Angel, in the suit, is a force to be reckoned with. After coming to the turtles rescue with Alopex the two become crime-fighting partners and good friends. 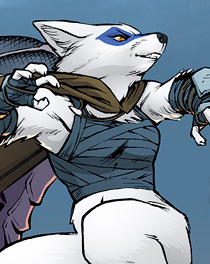 A former Foot Clan ninja. In a test of loyalty Shredder burned down her former forest home and her fox family with it, causing Alopex to swear revenge and to eventually ally herself with the turtles. She is speedy, loyal, and quiet. Over time she has formed an experimental romance with Raphael and a close friendship with Angel. 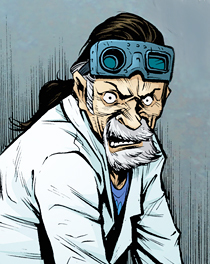 Donatello's taciturn inventor friend. He is brilliant, but extremely reclusive. In spite of his repellent personality he comes to care for Donnie and his friends his own way. 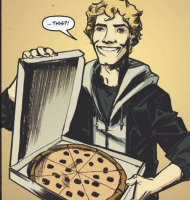 A friend of Michelangelo's; he's a young employee of Rupert's Pizzeria, and one of the first human friends the Turtles made. While he doesn't get involved in the big fights or adventures, he does what he can to help in small ways — among other things, he makes sure that the Turtles always have something to eat. He's pretty blatantly based on IDW's head of marketing, Dirk Wood. 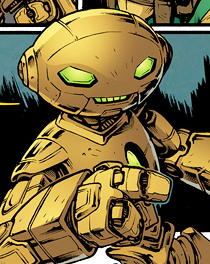 A former Neutrino scientist who was unfortunately trapped in a robotic body while trying to rescue his wife and child from General Krang. The professor is a valuable resource given his knowledge and access to extra-dimensional technology. 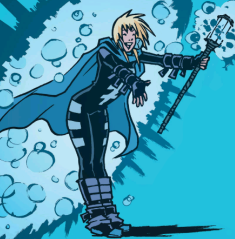 An apprentice "Timestress" whose job it is to oversee and protect the timestream. She is, in fact, the same Renet as the one we see in the Mirage comics, just hopping between alternate timelines and dimensions. Sometimes she forgets which version of the Turtles she's currently hanging out with, referencing adventures she had with the Mirage Turtles — much to the confusion of their IDW counterparts.
Pepperoni 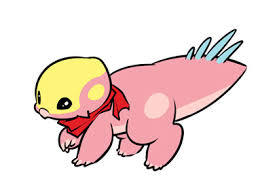 A protoceretops whom Raphael adopted when he and his brothers were accidentally sent back to the Cretaceous Period by Renet.

As a whole
Old Hob 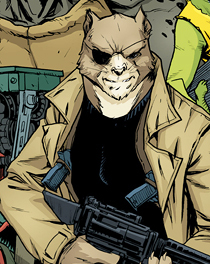 A mutated alley cat with a long-standing hatred of humans. In the beginning he is out to kill Splinter who scratched out his eye in the event that exposed them all to mutagen. Eventually, sick of being mistreated by humans, Hob decides to become a freedom fighter for mutants everywhere. Old Hob is morally dubious and habitually rude, but he keeps his promises and he is wholly dedicated to helping mutants. 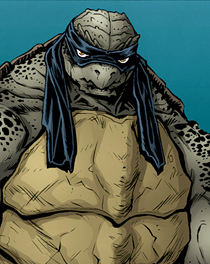 Stockgen mutated Slash, a snapping turtle, to hunt down the ninja turtles. After a near fatal run in with the turtles Slash is found by Old Hob who enlists Slash's help in creating his new army. Slash is dimwitted at first, but an injection of Splinter's psychotropic infused blood grants Slash great intelligence. Slash is good friends with Michaelangelo who taught him to be virtuous. He is one of Hob's few friends as well, though the cat's questionable methods eventually drove Slash away from The Mutanimals. 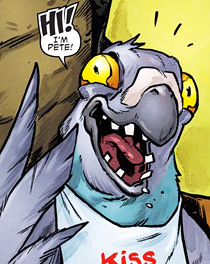 A failed mutation 'experiment' by Hob and Slash. As Pete's mutation wasn't scientfically controlled at all he is now 'a few cards short of a full deck' mentally. Pete is a bit of a nuisance, but he means well. 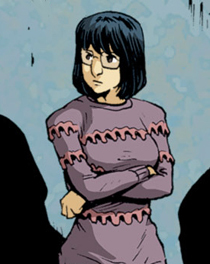 One of the former Stockgen scientists who was experimenting with mutagen. After Stockgen was destroyed Lindsey was scooped up by Old Hob. He offered her funds and materials to continue her research in return for her helping him build a mutant army. A true scientist, Lindsey aquiesced. 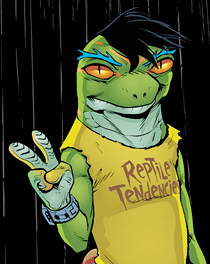 A gecko mutated by Lindsey Baker to serve as one of the first additions to The Mutanimals. Mondo is dedicated to Hob's cause, but in his free time he's something of a slacker. He can turn invisible and usually fights with a gun mounted on his skateboard. 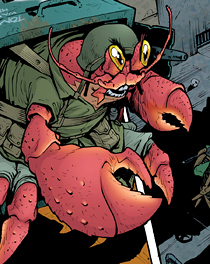 A hermit crab mutated by Lindsey Baker to serve as one of the first additions to The Mutanimals. Herman is military minded and refers to he and his teammates as soldiers. He's very loyal to Hob who he sees as a commanding officer. The dumpster he uses as a shell is outfitted with heavy weapons like missiles and machine guns. 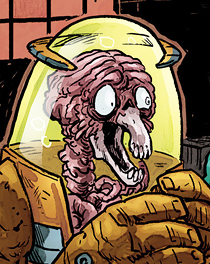 A mutant made from the DNA of dozens of animals. Seymour Gutz, as he is dubbed by Mondo, is a nervous sort who sticks with the Mutanimals to ensure that no more mutants go through horrible experiments like he did. 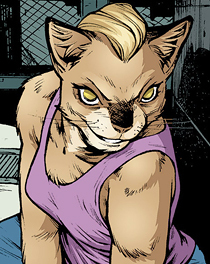 A mutant lioness who was rescued by the Mutanimals from Null along with Man Ray. Null trained her to be the perfect driver and pilot. As a result Sally can do amazing things behind a wheel or stick. Sally is caring and acts as something of a Team Mom to the Mutanimals. 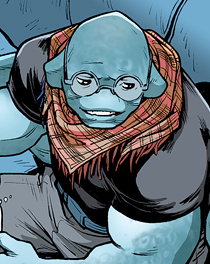 A mutant sting ray who was rescued by the Mutanimals from Null along with Sally Pride. He was trained to be the ultimate soldier, but Ray himself is a calm and gentle. He would rather not use violence, but accepts that desperate times call for desperate measures. Ray can sting enemies and his body's unique chemistry makes him all-but immune to poisons. 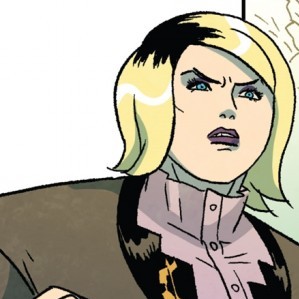 A special agent of the Earth Protection Force, and the subject of a failed experiment that left her with numerous powers. She's far more pragmatic and reasonable than Agent Bishop, willing to reach out to certain mutants and help them.